“*You* are Taylor,” she exclaimed excitedly across from him, wearing her standard green shirt with the lantern symbol, one from a Golden Age long forgotten by most. But not by Fern. 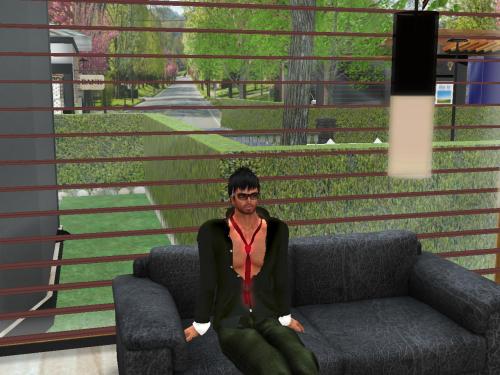 “And… you are?” Jeffrey Phillips remains confused. He had crossed the line from This Sim 01 into This Sim 02 and found himself here. On this couch. Speaking to this… woman. Stranger. Her eyes were brilliantly alert. She was always thinking, he realized, always spinning around something in her head. He thought back to the rainbow Ferris wheel.

“Orange,” she proclaimed, then seeing his continued blank look, said, “no not the color, the number. You are looking for VI. Ruby,” she furthered. She saw recognition in the eyes. “A… purple car, not blue not red, merges with orange to exit in you: Taylor.”

What was she *on* about? he thought. He briefly contemplated that he had died, had drove his red 57 Chevy into that levy between sims and all this, all that followed, was his dream in the afterlife. Taylor? Was that his new post-death name? And this person: some kind of angel? Or maybe: devil. Half and half. He slapped himself in the face. Didn’t work. He was still dreaming in this reality, wherever he was.

“What do you mean I’m Taylor?” A series of images formed on the couch across from him in place of Fern. He hadn’t yet realized this was his old gal pal Charlene the Punk, come back from the future after her dissertation on Bigfoot had been completed, turned into a book which was turned into a movie which was turned into a franchise, toys, cookbooks, the lot. There was even a brand of kitchen sink named after it. Bigfoot went from backwoods legend to front and center superhero. All the children knew who Gene Fade was and that his birthplace was at Jupiter Rock and that he spent his formative years in Mocksity and that he lived to be over 400 years of age. Children wanted to *be* Bigfoot now. Children wanted to live relatively forever too, where a childhood would last one of our present lifetimes. Fern knew a lot, had seen a lot. Fern had been augmented, just because she could afford it due to the franchise and all. And she had created 2 others just as tag along friends, one a ditzy blonde and the other, the other… 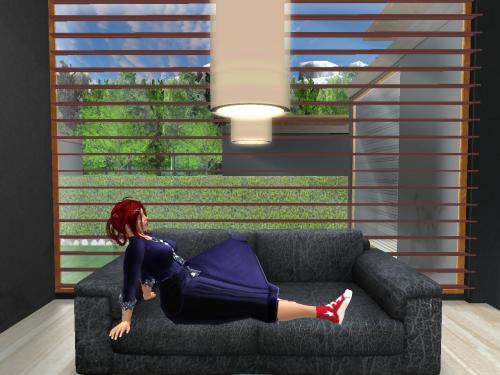 She changed back. “You were in that wagon,” Fern started again, like a well oiled machine, a purring car, a cat pouncing on a bat. Lee Meriwether had nothing on her.

Ruby, he remembered. The witch had said the same thing: that he was Taylor. The spirit she had summoned faded back into the netherworld it had come from. No: there! Outside the wagon now, floating across the landscape, heading toward a bridge of interesting design.

Another sim crossing. There! That’s where he had died. But not Taylor; the other. 2nd in command.

Man About Time woke up. Strangest dream, he though, and picked up his pen and pad beside his bed to jot it down before he forgot most of the details.

Components of toy happenings so far…

For Billfork (Spring 2012) and Lion’s Roar (Fall 2012) this came from sites of torn down houses and structures in Herman Park each. For Bigfoot, outside the protection of Frank and Herman Parks, the objects were found at the Plateau of Raw Art (site of old high school). Ruins are a key link. The smaller art event called Falmouth (Spring 2013) also contained some junk objects, most of which were old bottles. Same story there: came from nearby site of old house. Billfork and Lion’s Roar had a lot of bottles as well. Then there’s the basically unpotentialized Whitehead Crossing with its 55 or so bottles laying around in a pile.

And *then* there’s Rust Spot with its cache of metal stuff. 😮

The first marble race tracks of happenings set up in Billfork and Lion’s Roar were linear, with the end separate and unrelated, let’s say, from the beginning. For Bigfoot, end loops back into beginning potentially, or they are directly up and down from each other at least. This mimics the idea of Opus 19, where the bottom of the track is directly below the top. If you had some kind of pulley system, the race could potentially be made perpetual.

The marble race in Bigfoot was somewhat bigger than in Billfork and Lion’s Roar as well. All use 0-27 gauge model railroad track, of which I have probably 70-80 pieces by now.

Billfork had no toy avatars except for the marbles (which count, despite the opinions of the Mmmmmmm’s). Lion’s Roar contained a couple, or at least I especially remember order barking Sue. The Sharieland art event (Fall 2013) excels here, with a good number of toy avatars involved in building and maintaining a central road through the rocks and sand of Erath on Earth Creek at Heart Lake. Sharieland is also where Billy J. Thornberry made his first appearance in a toy happening in the role of Lazy Sideburns Man, famously destroyed by Hater the Cow there. Of course he later reappears in Bigfoot as iron smelter Taum Sauk and also, briefly, as LSB’s twin brother Daisy at Whitehead Crossing, deemed The Leader (Spring 2014: 1 2).

Toy avatars appear quite early in my blogging experiences, way back in 2008 at TILE Creek, which can count as the first toy avatar happening. But there it was pure toys, with no junk and marble track (except for a couple of rustmobiles, i.e. old tin cans). I suppose we can call it the Jonesborough Happening. Nothing really has gone on there since then.

I keep stockpiling toys, which can be found very cheaply at flea markets and such.

You have to have a right combination of the above 3 to make a true art happening in my opinion. And that’s what occurred at Bigfoot.