… on with the show

“Thanks for coming over, Baker Bloch.” 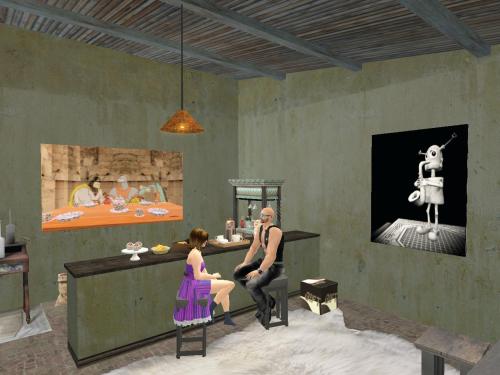 “Sure, sure,” Wheeler responded, a common reply for the generally agreeable gal these days. She’s mellowed over time. She’s comfortable with her power as chief female of the blog and the photo-novels. She can morph into others and still be secure in her identity. Like Eyela. “Anyways, Franklin, eh? What’s that all about??”

“I thought you said there was a picture involved.”

“Keep up, darling. We’ve already talked about that.”

He rubs his bald head some more, eyes the referenced picture again through his blue and red lenses. Spaced Ghost when he was young. The chief male of the blog’s father. Now he’s old. Old old. With a cane. Might have to shift into a wheelchair even soon. Yes, they talked about the picture, Baker Bloch’s father, already. Before the start of this post. On to other subjects. “Franklin, yeah,” he relents, firmly in the present now. “A mystery. Ouroboros.”

“Cradle to grave — in the same place. Accident, some say. Meaningful, others would determine. Like us. Especially…”

“Especially,” he finished for her, “since we didn’t plan it that way. I was just digging up the most relevant grave to our story in that cemetery. The one you directed me to be in. At 32/32.”

“Correct, but Baker Blinker was actually directing that scene, since she’d recovered from her mysterious illness already. Hmmm… mystery again.”

“Donald *predicted* this.” Zapppa points in the direction he thinks Towerboro lies from this central Jeogeot location. “Just up the road here. We could visit him together; ask him some more questions.”

“I was heading back to Big Woods,” Wheeler replied, “but what the heck. Let’s go.” She gets up to leave. “Goodbye Spaced Ghost,” she says while waving at the picture on the wall behind the counter. Zapppa waves weakly as well. They head north not south tonight, then. Unexpected once more. But the unexpected has firmly become the expected, so… 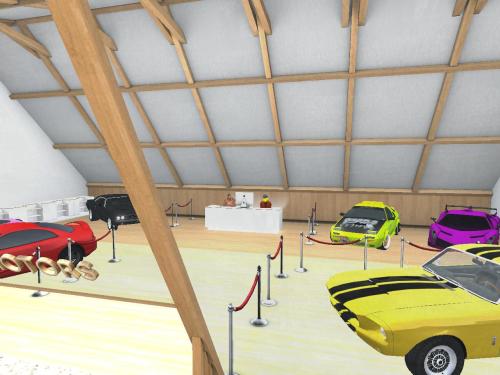 Turns out the duck had as many varied talents as his new master, including the ability to wheel and deal at a rapid pace. He quickly garnered the job of chief salesperson at the local car dealership. John, attached to him by the ankle and neck and some other places, had to tag along. He mainly played jigsaw puzzles on his phone while the other worked. A few hours each night, he was free to roam the streets of town and explore while the other slept. This is when he secretly rendezvoused with Martha and had a chat with the Wizard through that wegee board of hers. W-I-Z-A-R-D it began, announcing the spirit.

Meanwhile, over in Jeogeot Wheeler is surrounded by rainbow colored butterflies. 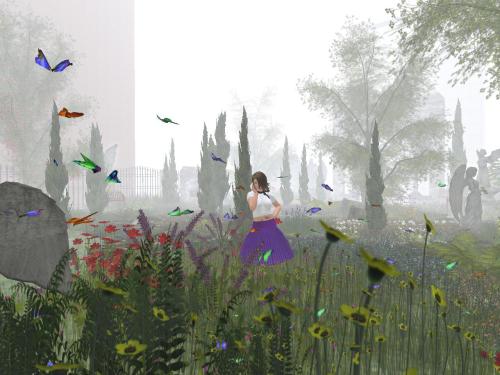 Wrong side of the road. 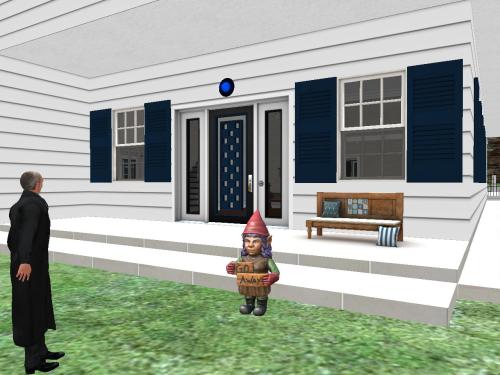 We watched from afar (right side of road). “This is where I got my butterflies,” she spoke over, hovering beside me. “You can have some too!” I didn’t need that kind of thing. I needed answers. 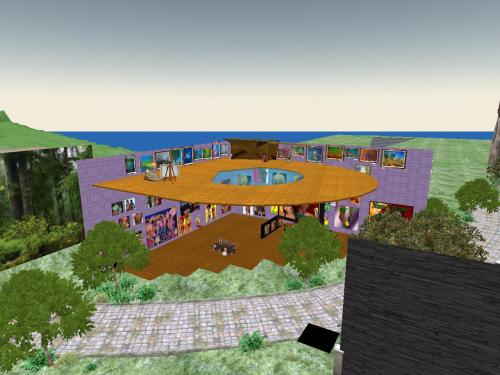 “You need to tell *this* tale because no one else will or can. Else… everything lost.” 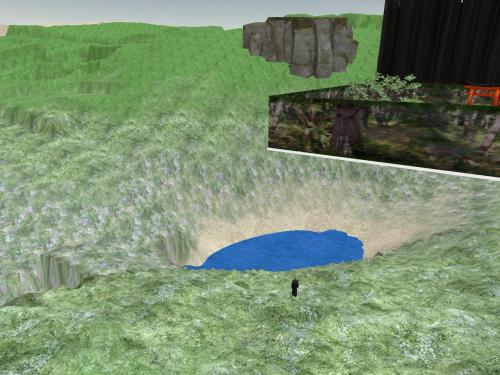 I looked across the small Linden pool of water at the significant amount of land I could rent. I knew it was coming: the unleashing of MOA again. But not yet. Nautilus remains the one, the tentacled sphere locked away down in the castle’s dungeon. If head librarian Miss Ouri hadn’t already destroyed it. Will check as soon as I get back. 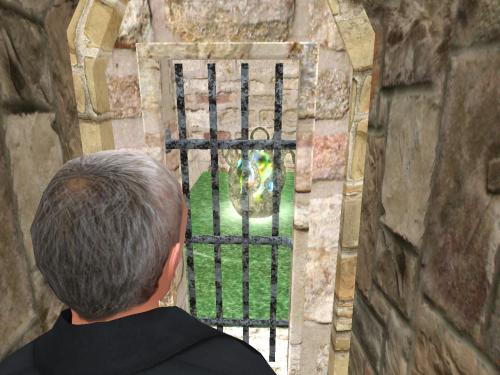 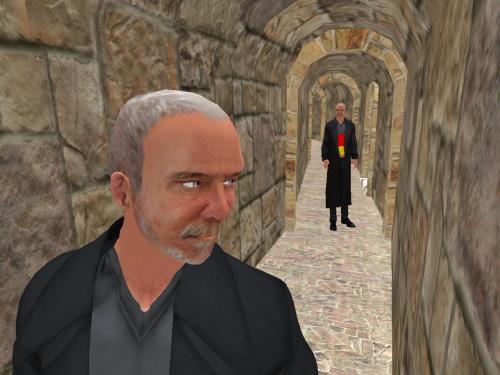