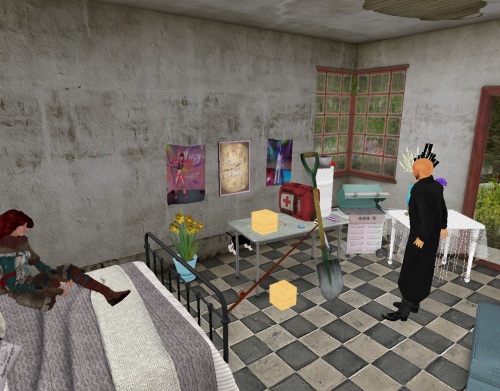 “I think we’ve got everything we need, Merry. Rope, tent, flashlights. It’s all there. The general store here set us up real good with all these freebies.” He finally looks over; pays attention. “Oh my, you’ve changed again.”

“Yeah, the skin is gone. Been gone for about 30 minutes,” *Breeze* replies. “You’ve been calling me the wrong name for a while.”

Axis goes over to her, holds her. “I’m sorry.” They lock hands. “I promise to pay more attention.”

“I see it in the enlarged fire, Rules of Rose. Merry Gouldbusk is succumbing (!). We must do something to alter the mix.” 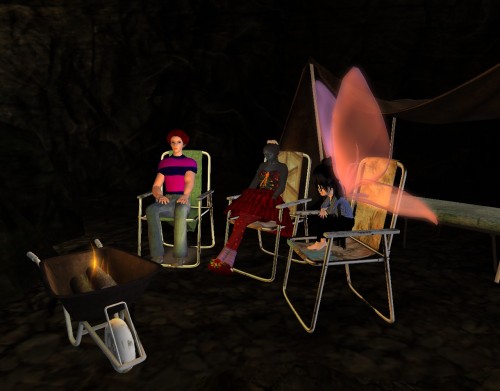 “Do something,” Rules of Rose echoed, also staring. “But — what?”

Ruby Fantasie looked to her right. “Norris. Norris could help. Put him back in that tree.”

“If you in-*sist*,” spoke the elven fairy, readying her powers of teleportation once more. This was her plan all along, though.

“He already knows his lines. Just send him. Break a limb!” she called over for encouragement as he vanished from the scene. 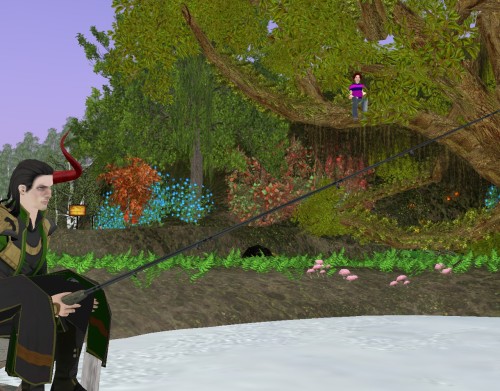 Jer Left Horn spots the source of the call up in his beloved tree. He stands. “Who are you?’ 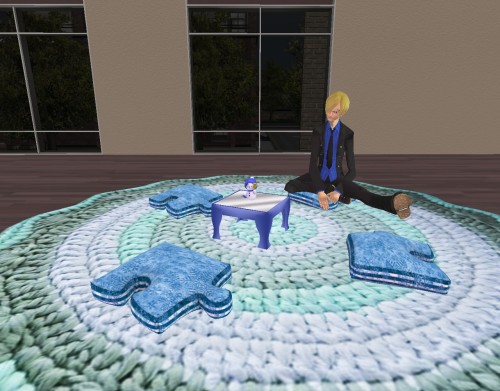 “Feel the emptiness in the center,” the small snowman instructed his pupil Herbert Dune from the, well, center.

The first explosion happened, rocking this Northside building. The snow-being, named Hugh, fell off the puzzle table onto the cushiony, knitted rug, losing his bell. Then the second, smaller kaboom happened, making his head separate from his body. No more instructions tonight from the diminutive, white guru. No more instructions ever. The dream was over.

But too many buildings were in the way to see clearly. “That wasn’t in the script. That wasn’t in the script!” he repeated, a second outburst louder than the first (mirror). He turned around to find the director, the cameraman, the soundman, etc. No one here. Any evidence of Bob Waffleburg’s dystopian parody film had disappeared. Sandy Beech was on his own again.

Actor Alice Frame also suddenly found herself alone and without direction after the explosions, large and less large. The script she was reading for tomorrow’s shoot suddenly turned blank, nothing having ever formed or shaped out of these snow white pages. 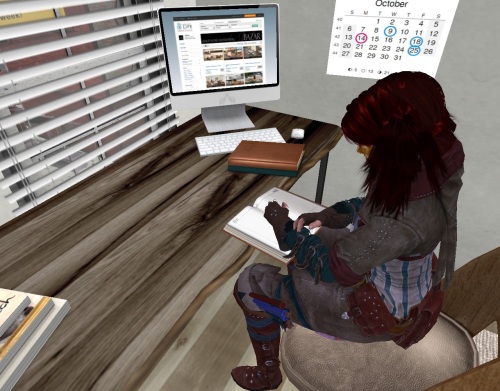 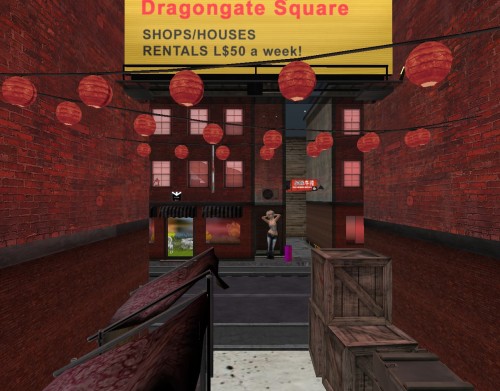 We must reluctantly say goodbye to NWES, its four jigsaw like pieces unable to come together to form a story any longer. But there’s always the possibility for return within the larger arc of another tale. We must move, Grasshopper-like, forward… 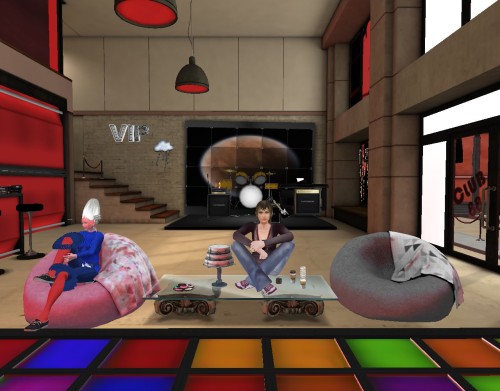 “Yeah. You know I can only get so far from you, Apple of My Life.”

Eighty-eight didn’t answer, but instead looked to the door. The door to *her* night club. She was the Star. It all revolved around her. Like planets.

“You gonna stick around and hear me play?” she then asked, not seeing the person enter that she wanted to. Her voice was steady, unfaltering. She knew what she was doing and was in command. Not Newtonia Kashkow. The latter wasn’t use to that and didn’t like it. Not one bite she didn’t.

She sat at the drum kit, calmly waiting while the singer and keyboardist remained frozen around her (like planets).

Her lover entered with the sphere.

Just afterwards his car parked outside burst into flames. Like the Sun. 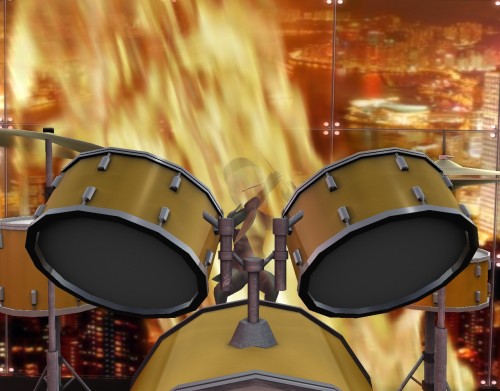 “Merry, I have only a little over a day on my rental on the south side of the sim. Let’s just move in together.”

“Hmm.” She leaned her head against the back of the chair, thinking of the choice she’d made again.

“We’d, er, have to move into a bigger place with more available prims.”

“I have a really nice, feathery bed,” he said more seductively. “Wouldn’t fit in here with the little devils, butt…”

“Yeah.” He looked around the room. “You could have Satan’s spawn just have their run of the place. Only 50 lindens a week. We could get a better place. Not on my side of town,” he continued. “Nothing going on over there.”

“Maybe next door,” she proffered, thinking of the bill again.

“Maybe next *door*,” he echoed, offering his hand to hers. They drew each other in for a celebratory kiss. She changed again.

“What about the other Herbert?” Hucka Doobie logically asked.

“She decided last night. At the Faux Rhino.”

“That was just… satisfactory.” 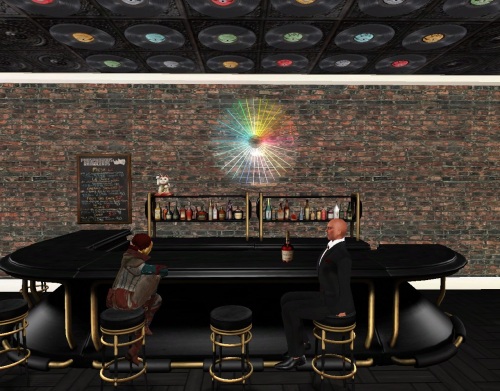 “*Just* satisfactory?” the other Herbert, Herbert Gold, replied with widening eyes. He had tried his best. He knew he didn’t have anything more in him than that.

His Mission had failed.

Oh well. Back to April Mae in that Fi sim he can never remember the full name of, pheh. He left her a 100 linden bill on the bar counter before leaving. Just enough for a week’s rent in that new place she’d had her eye on for a spell.

He must get his eyebrow spiral just right. For today was the day to pop the big question. Just a little more product should do it.

“The town *could* hold many mysteries,” she complained metallically to photographer Herbert Dune later at Spunky’s coffee shop on Southside, “but I’m not sure that’s the way it’s pivoting. A choice must be made soon. Am I a mixed up man-girl or one or the other? Not sitting on the fence any longer. Feel one part: one. Feel another: the other.” 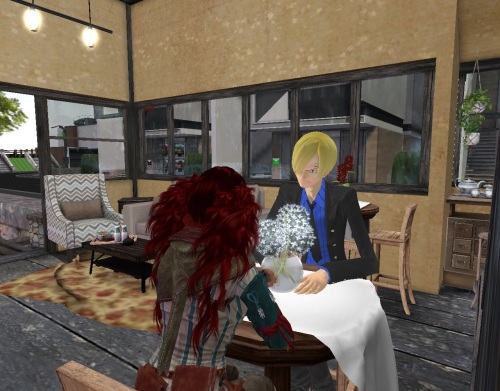 Herbert Dune was staring at her hair, thinking: I believe you’ve already chosen, baby*doll*. My doll, that is. Could this be, could it be…? He said aloud: “I-I’ve made a decision as well.” Stumbling with his words? That’s not like him. He *must* be nervous about all this as well. But he seems so close this time. After failing so many times before. A doll come to life. Dare he even think the name? Yes: All Orange. I think I’ve found her. “I wish you to become my assistant.” Confidence back now. He stares her straight in the eyes, trying to ignore the golden sheen. He’d almost found his style. One more trick with the hair at the shoot tonight might do it. Along with shedding the skin again, of course.

“Wow, that was *da bomb*, Merry.” Marry me, Merry! he wanted to scream to the world. The illusion was complete.

“Call me Breeze,” the assistant then requested. She’d been pondering the new name for a while.

“Marry me, Breeze!” He couldn’t help himself this time.

“Believe me, if you go down this Breeze path you’ll never get out of here. Change your hair, change your life. The gold will go and you’ll never be the same. Trust me. I know.” 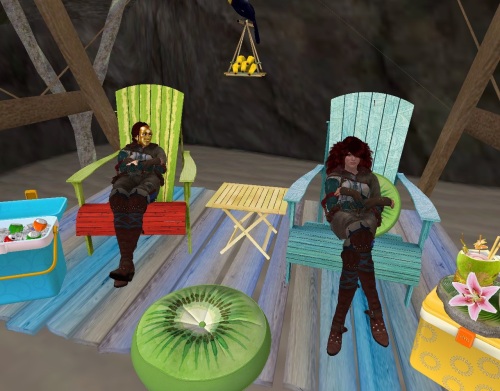 “My– my kingdom or queendom thinks me bananas for hanging out around mainland, let alone *here*. Bananas, I said (she nods up). That’s my attempt at a joke to lighten the mood.”

“It didn’t work,” the other responded. The one that had already succumbed to the Other Side. Humor, lame or unlame, was not allowed there. “I think you should go with that hole in the wall next. The cave. The owner will be proud and surprised she could rent the place. (Small) homeless camp right outside. Convenient to this, um, downtown. Guess you can call it a downtown. And this beach, for what it’s worth.”

“I’ll think about it, erm, Other Self. What did you say your name was?”

“Breeze,” Merry Gouldbusk pronounces while staring at her and realizing. “Me in the future.”

“Lucky you,” Future Breeze responds quickly. She had seen enough of the past for tonight.

She went to see where she once lived. The cave or hole-in-the-wall existence didn’t help: she still succumbed. And it’s available again. Too bad time can’t loop back upon itself, she thought, or I could go back and change things. Make sure Merry never published those photos, took those shots. “The Rose and the Thorn” could be a good title for this story, pheh. 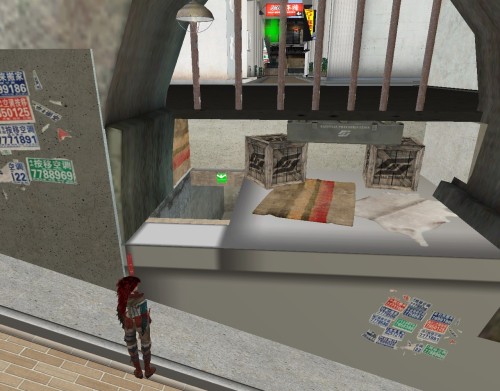 “No, there’s something still missing, Merry. Tell you what, let’s do another experiment. Let’s lose the golden skin this time. Keep the girly hair, lose the skin.”

“Sure. Just temporary mind you.”