I sat about as far away from the attention mongering super duper heroes as I could. Swooping in here and taking over the basically dormant University of the District of Columbia property and renaming it DC Universe, hrmph. The audacity! Newly crowned neighborhood watch queen Mary Peppins, red umbrella-less for a change, is making some good points though. 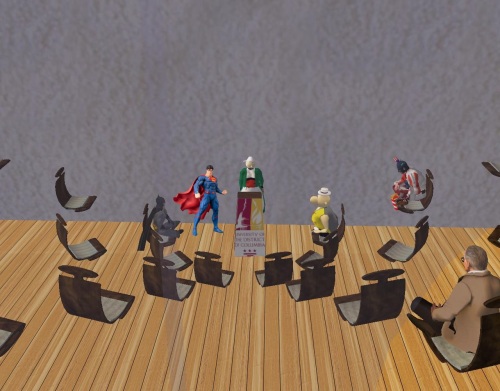 “We must be vigilant for interlopers into our special, special sim,” she goes on, “now that they’ve discovered The Diagonal runs through it. Mr. Mann?” She points up to me. “Would you like to say a word on that? Since, eheh, you know, The Diagonal runs right through the center of your building. You, aherm, predicted its coming after all.”

I started to say, “well it runs through the middle of *your* property too; why don’t *you* talk about it?” But I acquiesced. “It’s all about The Man,” I said simply. “The Man (upstairs) is in the center of the sim that is on The Diagonal. My *nickname* comes from The Man. (My name’s) actually Larch. The Larch.” So — The Man; The Larch.” Made sense to me.

“Whatever, honey,” urged husband Achilles T. from the side, nose still as big as ever. “Get to the part about the tiny orange house with the swing.”

“Yes, uhem.” Mary was obviously nervous about talking in public, being a simple housewife and all and without any experience in that area. But the neighborhood needed her, and former president Elaine Ratio was nowhere to be found. “Well…”

Just then, littlest vampire Buster Damm screeched up in an old pink convertible, surfing on its hood. “I believe you’re referring to *our* house!” he called through the hole behind The Mann. 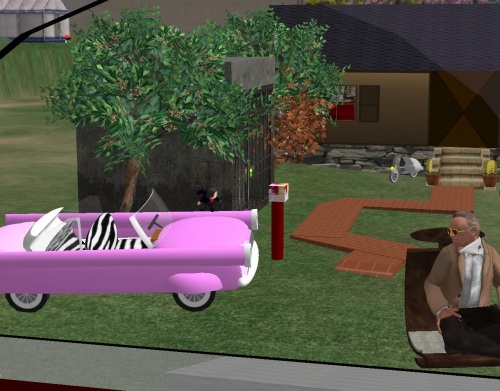 He promptly went over the the DC Universe jail and freed Lego Monster Ken who killed everyone inside, RAWR! 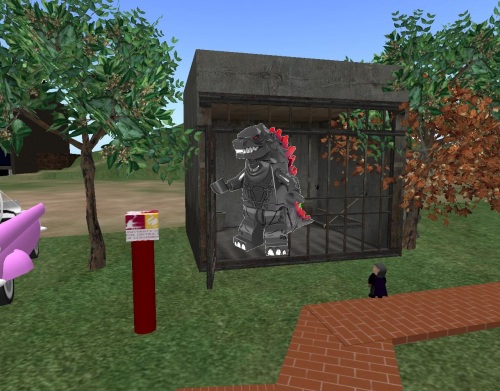 “I think I’ve lost my way, sir,” addressed Casey the Alien to serviceman Bill Pill. “Can you help me get back home?” 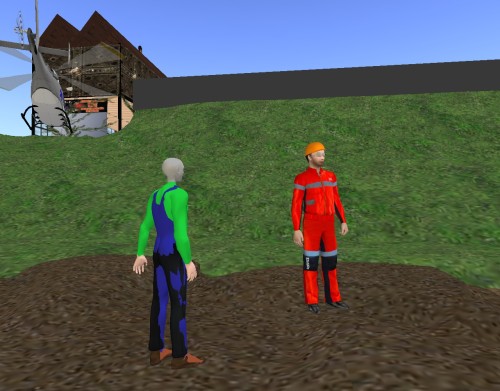 “First hall to the right, first door on the left,” Bill offered without needing further details. He’d seen all this before. 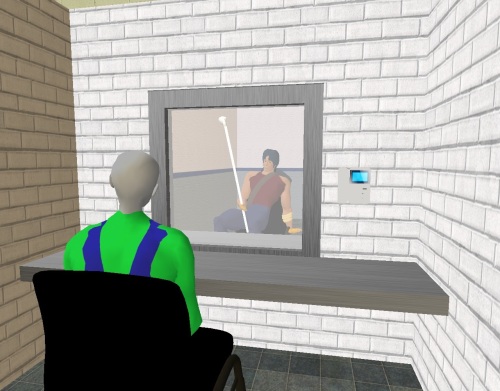 “I’ve lost my way, sir,” Bill repeated to the person opposite him, who was also the same as him. “I need to find my way back home.”

The other Casey leaned forward, staring straight ahead with black, smoldering coals for eyes. “I don’t *need* anything.” He kept staring until the other acquiesced.

“Neither… do I,” the Casey on this side then spoke. He was home. 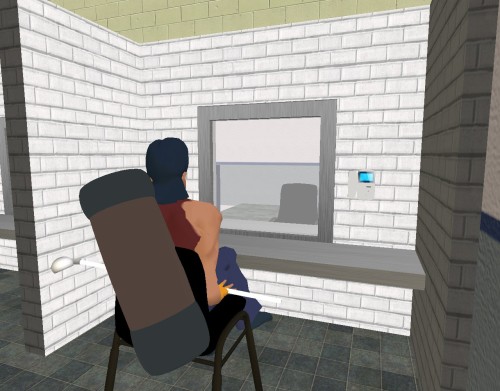 Casey One Hole waits in his chair for the actual visitor today. A woman named Ruby. Something about a prison breakout. And cherry tarts.

The other prisoners wait patiently as well. 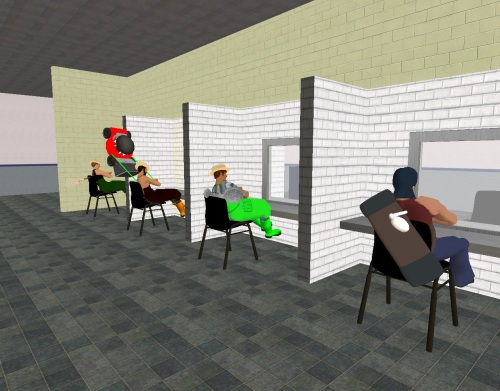 Bettie/Tonshi and Buster had made it all the way down past the first falls now in their inner tubes. It was not Wednesday but it was time. Timmy Time. 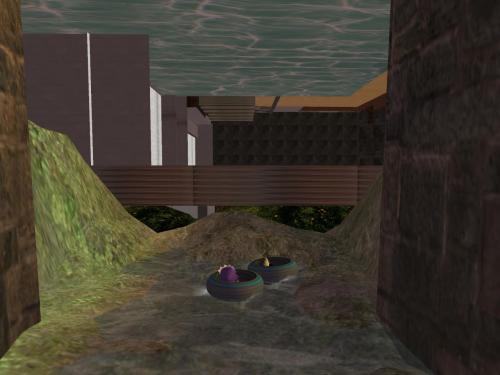 They stood up. “What now my love?” 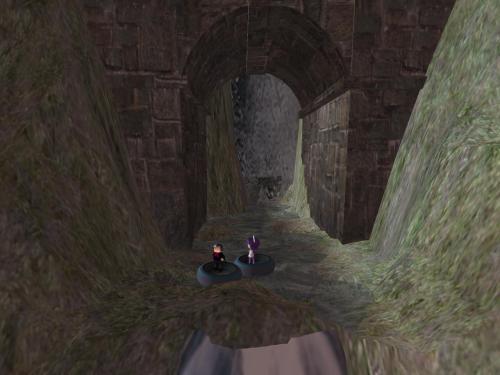 Buster told her his plan as the inner tubes vanished, one then another. “Follow me.” 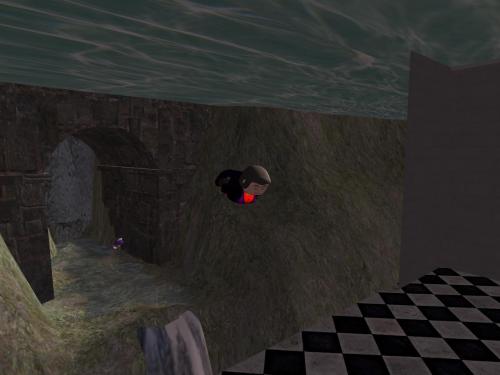 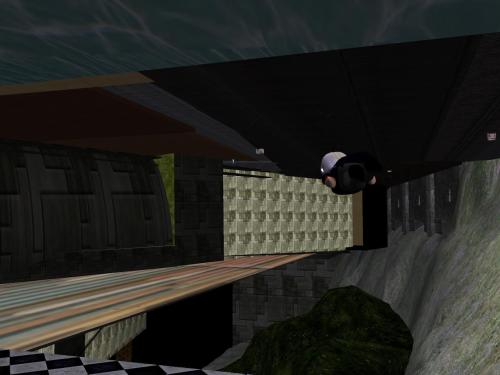 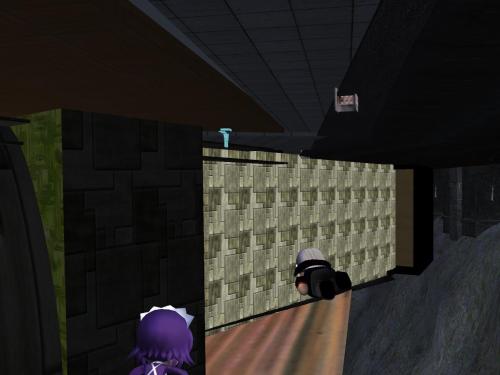 “Hold on Tonshi!” he called through the floor. 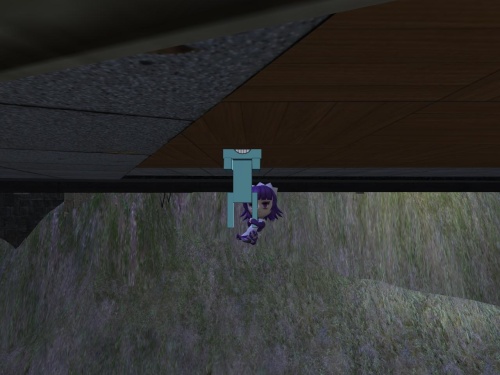 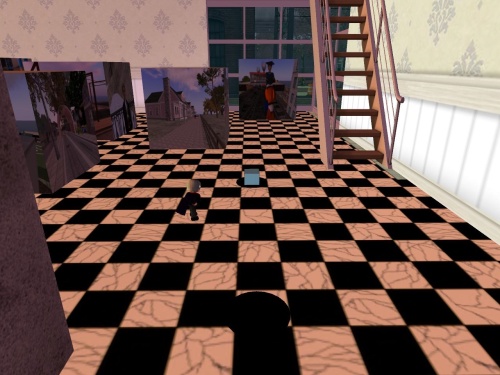 “Green hand light, Musician. Timmy’s side is in control. 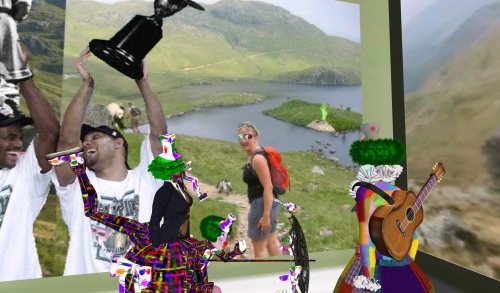 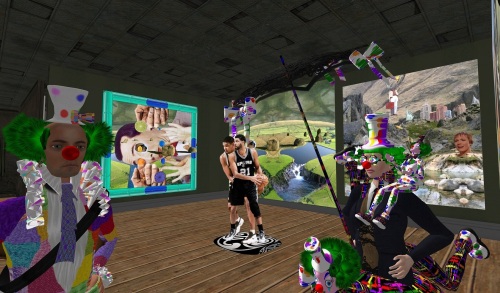 Wanda the Lower Minoan approached perhaps the only one who knew what really happened to the village on March 17th, 1968, the day the trees began to die. 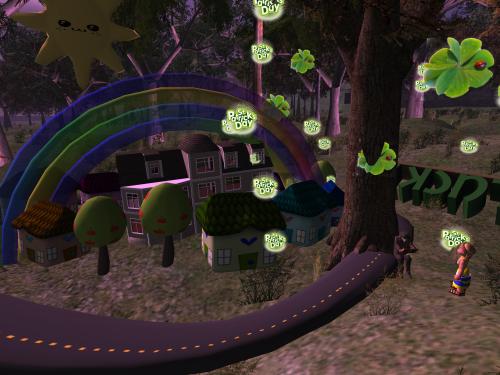 And he has a familiar face. 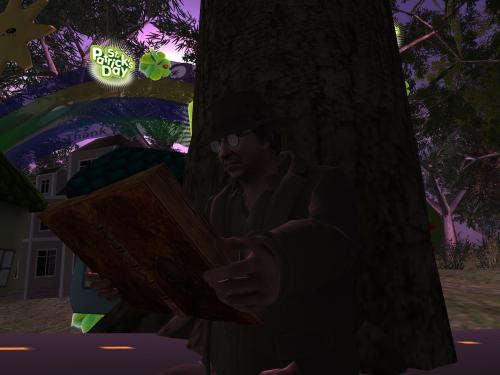 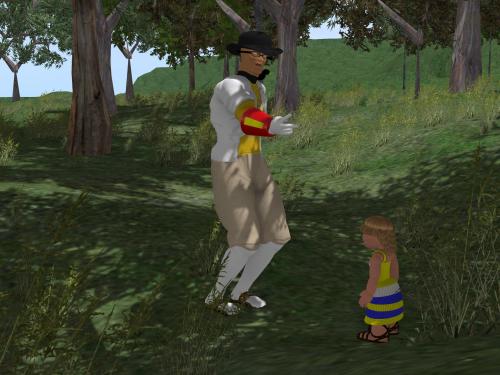 “I like your sandals,” says Wanda in a different dream.

But dream she did. Old Mabel dreamt of a *second* village named Lucky, even closer to Unch than the destroyed original. In fact, the beltway of the town now ran through the very center of the walking tree. 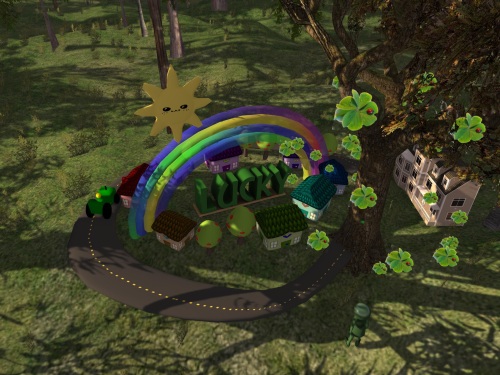 Also different was the presence of giant letters spelling “LUCKY,” hogging up space in the village green. Old Mabel had the idea that Unch was behind their placement, and that the townspeople ultimately came to loathe them. Another change was the addition of a finer house on the northern end of town, the only structure lying outside its beltway. Old Mabel understood that a doll lived there. *She* lived there (as a privileged being), although she couldn’t understand how. 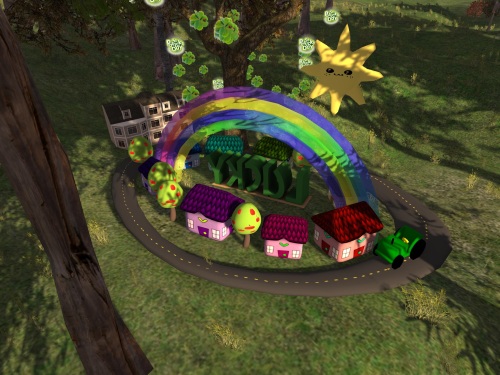 Old Mabel then knew this supposed second Lucky was actually the first, constructed during happier times when tree and village were still in harmony. But the seeds of dissent had already been sewn. Dollhouse. 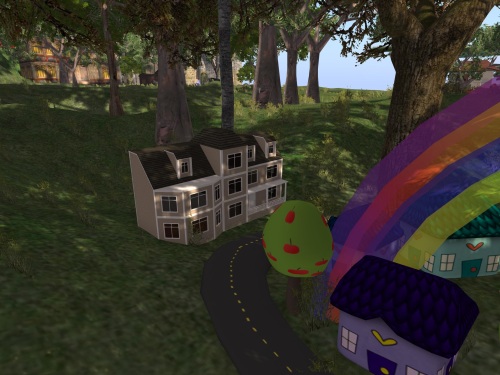 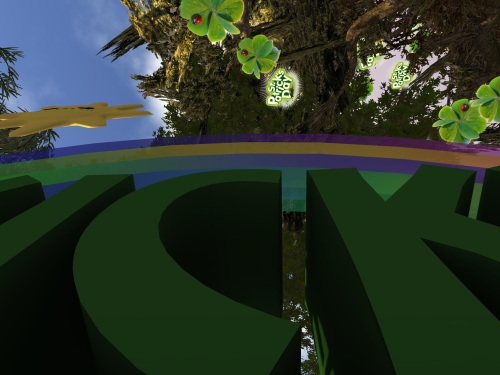 Looking up into Unch.