“Well, my name is Gemilly Johnston — Jem for short — and these are the books I’ll be keeping up with (!).”

So cheerful that first week, she says, reviewing her introductory video, whiskey sour in hand as usual when looking at this type of stuff. So many videos in her collection now. But this was one of the clean ones, before the dirt and grime of the city, this Dodgey City, became fully evident, thanks to John. *Not* Jim.

“I live about 1500 meters up in a nice house with a beautiful perpetual sunset, right on the beach. See? (she indicates a hand, an arm). I’m already working up a tan (!).”

If I could go back and kill her — myself — I would, thinks Jem here, wanting to wipe that ridiculous smile off her face with a rag of acid. OK, maybe Texas Pete.

“… cousin,” past Jem completed her sentence.

Wait, is that possible? present Jem thought. She reversed the video, started over. At 2:32: “cousin” again. She doesn’t remember saying that. Plus it wasn’t true (!!).

But John L. Brown for one knew it was and changed the wording yesterday after also slyly suggesting she take a day off for mental health reasons and look at old videos from the archive to soothe her nerves, especially recommending — or starting with — the one she’s viewing right this moment. Jem eventually figured this out as well as she continued to sip (or at least try to contain it to a sip) on one of her whiskey sours and ponder and ponder. Cousin — that aspect conveniently forgotten, conveniently wiped from memory, just like she was trying to wipe the happiness and naivety from her past self’s face back then in her imagination. She imagines someone standing behind her, looking at her as if on a video, trying to wipe something from *her*.

“John L. Brown,” she muttered with Texas Pete, add a little Oklahoma from beyond the screen. She turned (toward the camera?). Time for my close-up. 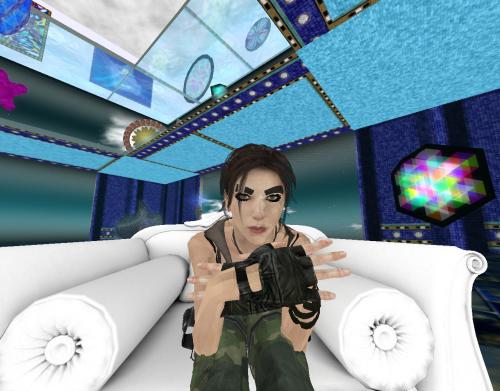 I think I’ve found what I needed to this morning. An unregistered Nautilus (continent) gallery. Hypercubes.

My opposite Franklin doesn’t quite fit in here yet. Too large. We’re working on it.

“I *know* this person,” thinks Wheeler at the door of the investigator/psychic’s interior office. She’s playing around with forms again, and this one is an extension of her recent consumption of fries with cheese at the nearby Twin Peaks bar and grill. File it under: you are what you eat. She thought she had 30 days before the skin turned green on this freebie avatar she’s attached to the outfit. Not as advertised; no wonder it was a budget item. She’s trying to become — but never mind. It’s not turning out. But that figure on the door (!).

“What was that Mrs. Corn?” Corn? she thinks. A last name? What’s the first? But she knows what it is.

“Oh… nothing. Just staring at the big eye on your door. It reminds me of someone.” 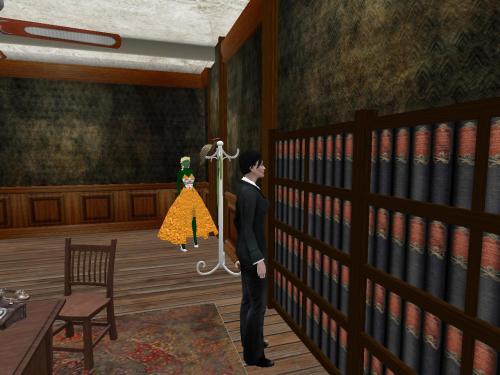 Psychic-detective Roberts pivots toward Mabel (Mabel!). “We’ve been through this.”

Jack barges in with his recently cleaned shovel. “Ma’am, the corpse is now bur — oh. Sorry. Didn’t know you were with someone.” Why would he? Miss Roberts never has any clients. Except dead ones. But this one appears to be alive. And green! Must be — but it couldn’t. Martian?

“Hi Harry,” he speaks over to the shorter figure standing beside her, also a gnome, also working for the firm.

“Hello Jacob,” as Harold calls Jack, which he doesn’t like but puts up with. Harry’s a nice guy. And a great carpenter. He did a fine job with this coffin. Extra long, but he made it fit.

“Just looking for the case, Mrs. Corn,” Roberts excuses herself to Mabel, now considerably smaller but just as green. Moreso, since she’s now wearing a Hannah Montana lime toned outfit, fresh from a concert at the Rooftop Inn over in mid-town. Where are we, then? The land description mentions an asylum. Is everyone here nuts? Could explain the outfit.

And the book! Just like the one at the newly established Table Room on Rooster’s Peninsula, where I live as a castle dweller, library in the center still. For now. A sprite was looking in it for information about her type, where she comes from, what are her weaknesses. This is Greenleaf, who also shows up in Towerboro standing on a big rock behind Dove, formerly Ivory, but still a sister to Ebony on the giant tree trunk dead in front of her: Deadwood. And the alphabit spread out on the forest floor below them, which they eat with a spoon one by one by one until they reach M, when *they’re* dead. Mmmmmm dead. Thirteenville.

But I feel like I’m needlessly complicating things again. Let’s back up more.

“Okay, Mrs. Daigle. Let me just begin to look for that case we were just talking about. Oh — and Barry? You can take off your pyramid and go home now. I think you’ve learned your lesson well enough, young gnome.”

The striped dunce cap he was wearing! One and the same. 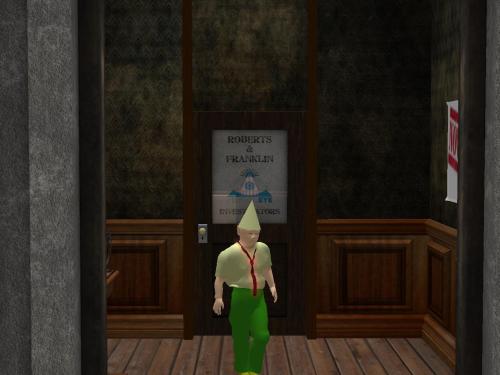 We must follow this figure and see what happens next.

“I’m not ready to let go, Charlotte. I can’t give up Nauty that easily.”

Charlotte knew Nauty was short for Nautilus but she couldn’t help but think of other things at the time, especially the way Edward was indicating. Like Dodgey City. Poor Jem! Stuck in a dead end bookkeeping job after buying too many vowels in that game of hers she calls life. Spaceships, pheh. One day one of them will come down and save me, she said on their last day together, after the butcher shop and attached brothel shut down, kicking her out of the nest. Well, this eagle has *flown*, she declared.

Orilia the bartender couldn’t help but listen in. So this is the legendary Edward Daigle she’s heard so much about over the last week, she contemplates, ignoring her bar customers for now. Edward has become her *main* customer fer sure. She walks over.

“Anything, to, ahem, eat yet?” She was embarrassed. She felt awkwardness of mouth was a weakness and attempted to be all-time smooth in that department. Yet the throat clearing…

“Fine,” he said crisply, and raised his hands from his lap. Now maybe I can think of something else, thought a relieved Charlotte. “I’ll take a salad, extra ketchup. You?”

How rude (!). Ordering before me. “Just the ketchup,” she decided, making a quick meal of it. Besides, Edward had other people to see, she knew. Other places.

“Comes with mustard,” spoke Orilia, not writing it down. “Is that okay?”

“Mustard will be fine,” said Charlotte, “but put it on the side.”

Orilia then looked from one to the other. “Drinks?”

Just then, someone else came in the bar that Orilia would subsequently ignore. But not Charlotte, not Edward. Because this was none other than Jem of Dodgey City, also flying the coop.

She sat down at a nearby table, waiting for Edward to finish. She brought her own drink.

“Fiiiiiiiinnnnnnnnnneee,” he said before the time adjustment.

Charlotte looked over as the dust was still settling. “Jem??” 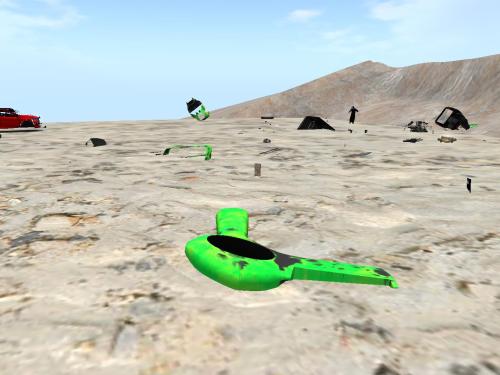 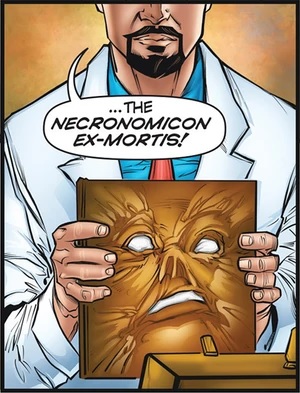 Certainly looks like my book about Arkansaw with the 2 marble eyes, one that’s fallen off (Miss Ouri?).

I found the key but I can’t get to it.

But neither can he, hehe. 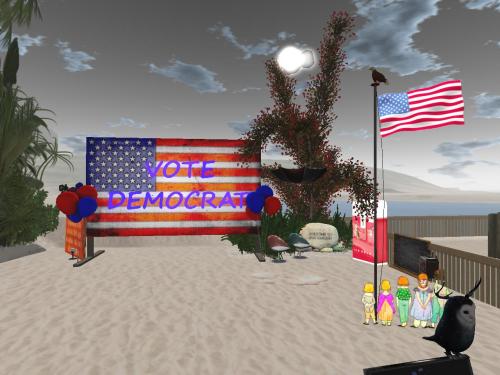 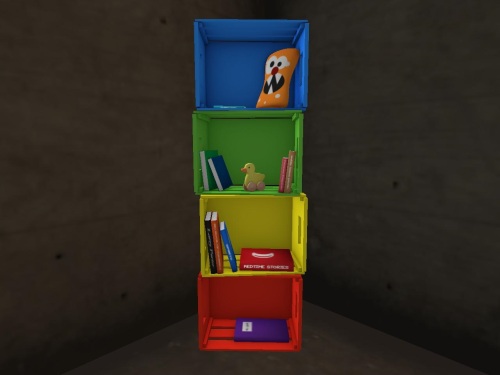 START “You know how the last photo-novel ended in 256, when Norris, aka Harry finished downloading the entire Red Room, as Casey One Hole entered and saw his own Ass — edness.”

“I found the continuation. It’s a wormhole.”

“Not hahaha but hmmm… kind of funny.”

“Kind of funny or fully funny, in a hmmm way?”

“Do you want me to continue or not?” 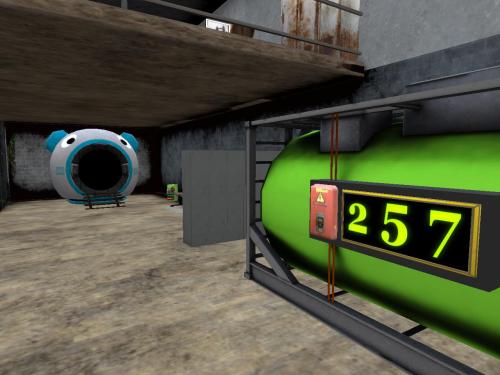 what B., aka Baker Bloch found

“Try me.” Baker Bloch knew they worked better in tandem than separately. She’d found something.

“*Where* did you find this? How about that to begin.”

“Oh… I’m full Duncan. I can’t eat another bite of this delicious yet weighty soup. So tasty, though.” He picks up his spoon from beside his empty bowl, intending to have at it again.

“I didn’t bring you here just to give you some of Sally’s leftovers. I brought you here to…” He paused.

“Yes?” George was digging out what he considered the best chunks now from the tureen (deep covered dish). Almost done.

George starts eating. Not too fast… he wants to savor the flavor. Aunt Clare taught him that. But he was tired of snow or snow derived meals. Give him something crunchy but not with ice in it! “Well… go ahead,” he says between bites. “So good,” he reinforces.

Lena Horned waits at the park for everything to rez in. Then she takes a picture to remember it by. The day she met Jim A., aka Jim A. Brown aka Jim Brown. But don’t call him (just) Jim. What would they talk about? A new gig at his old club? Hardly. Jim A.’s a washup; she’d moved on, starting with the success of what turned out to be her signature song, “The Ballad of Stormy Daniels.” Who knew a court transcript would so successfully transfer to song lyrics (!?). But she’s having trouble following up on her initial success. Repetition for gain of fame is not the same as mutable creativity. Ask David Bowie: she’d been getting into his music lately, determining he’s half black himself. Has a black wife, his soul mate. Lena Horned had met her once at a fashion show. She had wisdom in her eyes. She was a deep soul — just like David.

But Jim wasn’t fully formed and apparently only Lena could see it. Instead: walking dead. Too late to run.

Before going on another one of his adventures, Kolya pauses at the CENTER to pay respects to what he considers to be his ur-parents. “Oh Black and White (he never knew their names), I *will* live up to your name; I *will* find out who I really am and heal these wounds to my heads… head I meant there. Sorry.” He takes his leave. 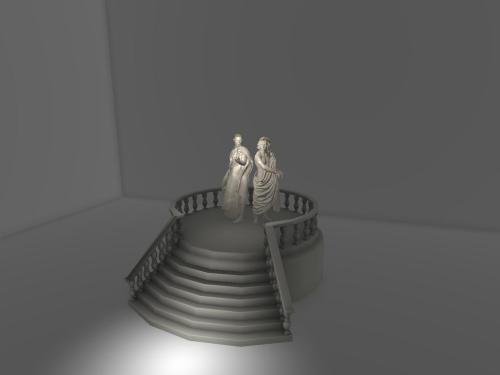