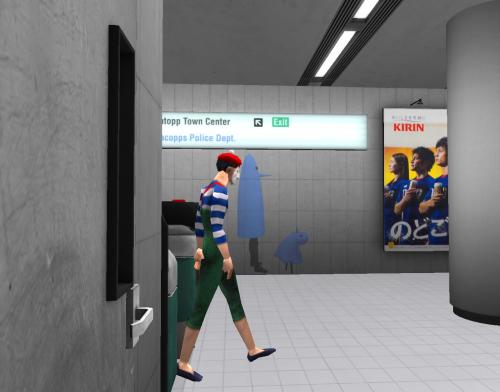 The fires were finally going out in the Toppsity area, but Gabby would not let brother Amos die in Vain. Never mind that he died in that field next to his house over there across the road. Images of Amos’ beloved Sacky Doll started popping up here and there around the town, starting with a trickle and ending with a flood thanks to Gabby’s friend Marilyn, who was helping out again the way she could. The good witches were working above and beyond the bad ones. White had displaced black at the top of the totem. Cat balance had been restored, or was being restored. Dogs go home — bad dog, bad dog! The Dead had become a Danger again. 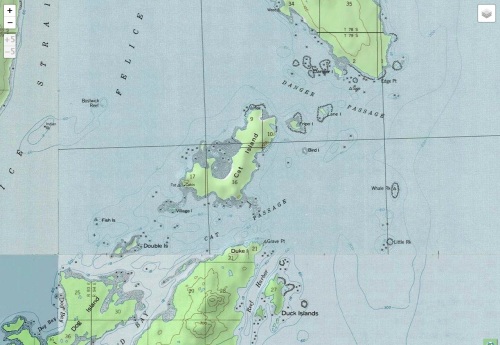 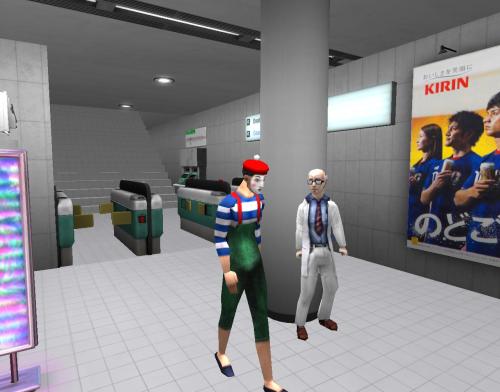 For their second “date”, Marty took Hucka Doobie to a remote coffee shop in the sky on a parcel bordering his own over in eastern Urqhart. “Bring your mac,” he warned. “It’s always pouring rain there.”

“It really is raining quite hard here,” spoke Hucka Doobie, staring out.

On his part, Marty wasn’t looking at the rain. 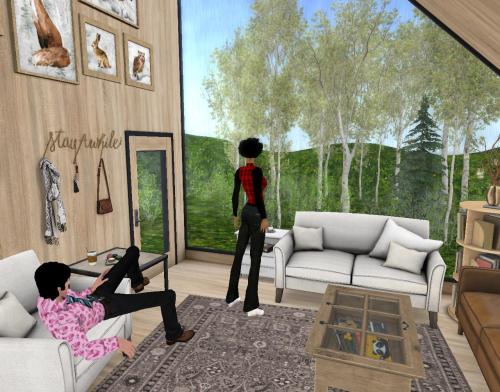 “I think he likes me (!),” she exclaimed later to Baker Bloch back at the Perch restaurant in Collagesity one sim over.

“Oh, come on, Hucka,” said one of her two oldest friends in this world, along with female counterpart Baker Blinker. They go back over a decade now. “You know he’s probably still married to Linda Halsey. And he lusts after that Cathy Love Peace Hippie Child. And he’s had an affair with Audrey, even after causing the death of her husband Jeffrie Phillips before deciding to resurrect him at her urging. In other words: he plays the fields.”

“Strawberry Fields,” responds the wise bee person. “Lemon is back as well (!). I get to meet him on our next, er, get together.”

“Still afraid to commit to calling it a date, I see.”

Hucka Doobie knew Marty and herself didn’t have a real future as a couple. She was just trying to get under Baker Bloch’s skin, see how he felt about the whole situation. I guess it seems to be working? she queried herself while staring into his cold, dead eyes, looking for signs of life. 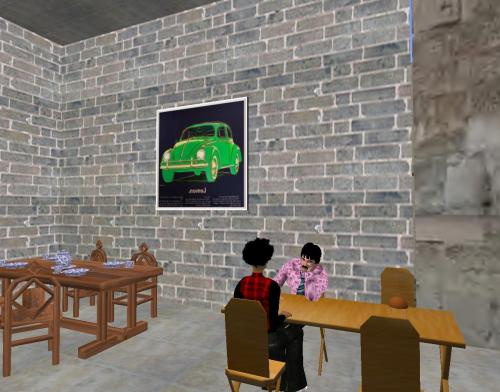 “Well?” asks Hucka Doobie after an hour. “Where is he, Marty? You said he’d meet us at Perch.” Marty still wasn’t paying attention, staring down from Hucka’s eyes. “Oh I don’t know. Probably picking up more eggs for Yoko or something.” 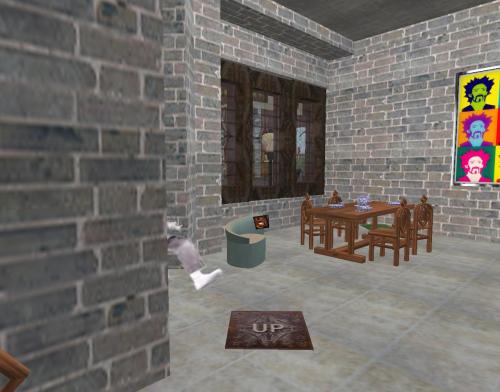 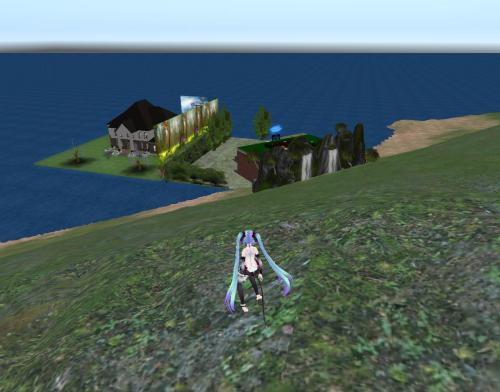 Axis’ wife Wheeler, who was turning into a new character called Venus more and more every day, piggytailed blue hair correspondingly lengthening and cartoon aspects enhancing, decided to put on her investigating feet as well and head to Seven Across, a sim a little north of Fearzum which she knew had relevance now. Perched on a hilltop at its southern edge, she pondered on a new last name to go along with the first. Flytrap, she decided, after remotely peering around a corner.

Her Second Lyfe was just that syncy these days. 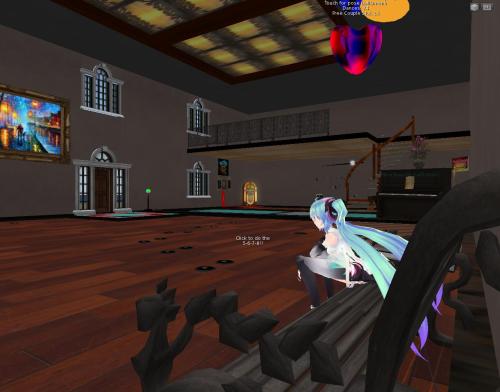 Waiting in a nearby New Orleans Blues Little Rock bar for the inevitable next storyline to appear, she decides to focus on the 5-6-7-8 beyond her usual 1-2-3-4. TILE, in other words. She’d learned about the wannabe religion from Thomas. Who was Thomas? I hear you asking, perhaps with a sigh. Well he’s the Main man around these here parts, a Chry State graduate designing separate fall and winter landscapes over in the northwestern part of the sim. He knows nothing about shields and psychics of course, but physics — he’s a wiz! Venus may need his help in that department very soon. Because she’s had it up to her blue keister with Nick Barkley, who just happens to be Thomas Main’s arch-nemesis and who, 7 days and 7 nights later, has a gun pointed directly at his head by the former. And on the 8th day they rested — one of ’em, perhaps both of ’em — in a freshly dug grave.

Devil Girl, the unofficial 4th member of the Redeye band — so unofficial she was forgotten in the dispersal of the others — looked on from a safe distance at the Patriotic Soup Restaurant as dreamer Herbert G. Gold returned the “With ‘Other Other'” VHS tape. 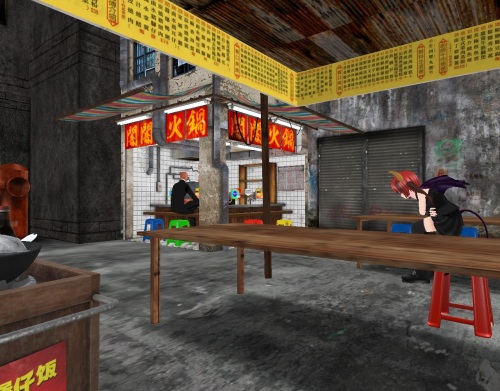 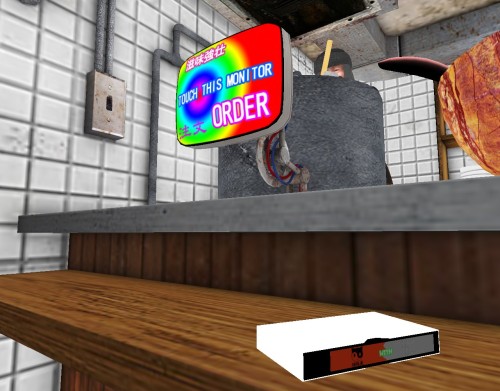 “This does me no good,” Herbert complained to the cook, back to stirring his famous concoction derived from ancient Bing Song recipes such as “White Christmas” and “Jingle Bells.” “It’s blank — nothing on it. I ran it from beginning to end to make sure.” He lays the tape closer to the cook on the counter but no reaction from the stirrer. “It does me no good,” Herbert repeated. “I am no closer to knowing who this cat with the red eye is than at the beginning.”

A weighted pause. Herbert could tell the cook had information he wasn’t revealing. Then a bit here: “The tape (stir – stir – stir) is not blank.”

“Well, yeah, like I said, I watched it from beginning to end. It *is* blank. There’s nothing on it.”

The title label on the tape suddenly faded out, then snapped back into reality. Devil Girl noticed the anomaly from her observing seat if Herbert Gold didn’t. She realized at that moment that the tape was blank because the story of Redeye hadn’t been told yet. It lay in the future from this point. She decided, then and there, to steal the tape and put something on it. Something to remember the band by. Because this was all about her fellow bandmates Slash Girl, Angus Girl, Buckethead Girl. They had been dispersed, true, but something else could be made of it.

Herbert Gold was gone. The tape title remained blank for good. Devil Girl moved in and took his spot. 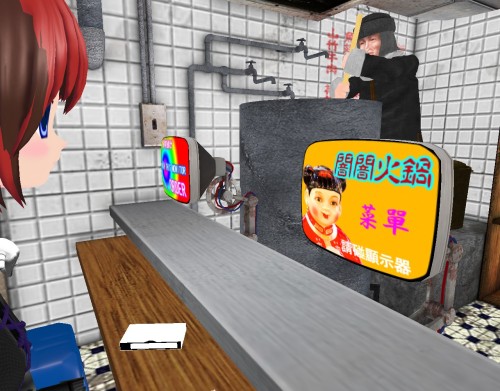 “There was nothing ever there, young lady,” the stirrer explained. “*Yet.*” 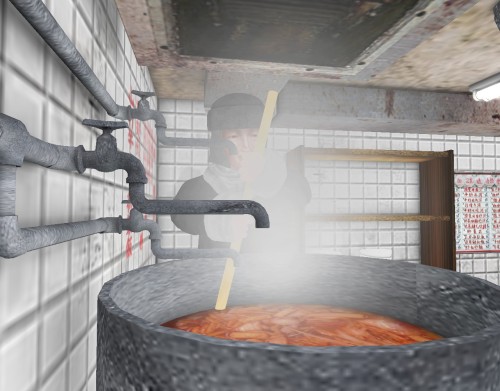 It’s yours to do something with now.” 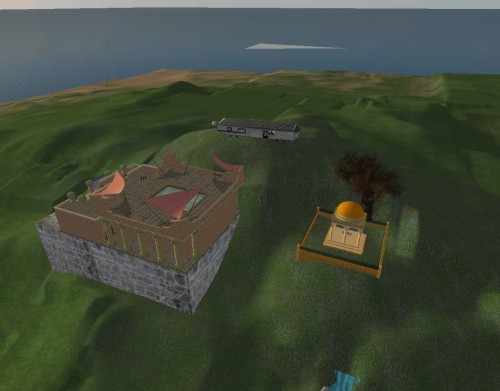 There was not a lot around the trailer positioned at the very top of Bill Hill, the highest hill of the eponymous Hills of Bill. Nearest neighbors: a couple called Little Heaven and Little Hell. Reminds me of Teebestia and Axis and their Heart and Spade relationship, spade being basically a heart turned upside down and opposite in color. Angel; Devil. So maybe it is fate that such a couple live near Bullfrog and Space Ghost now. Is it actually Teebestia and Axis living there? No. But, still, maybe nearby. 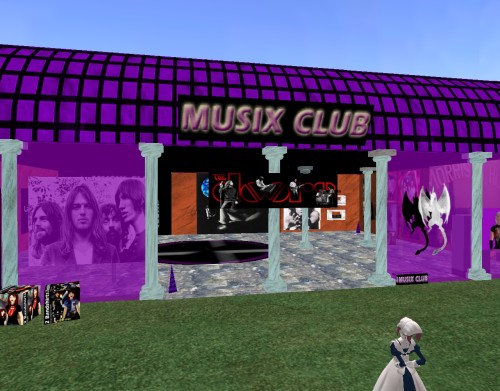 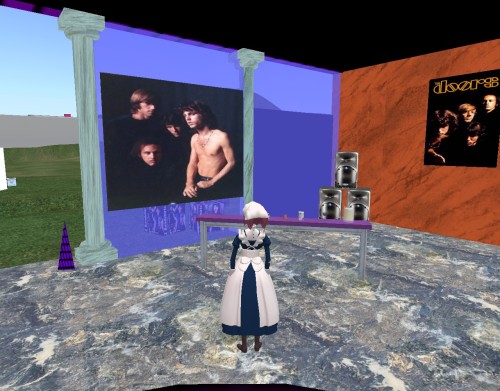 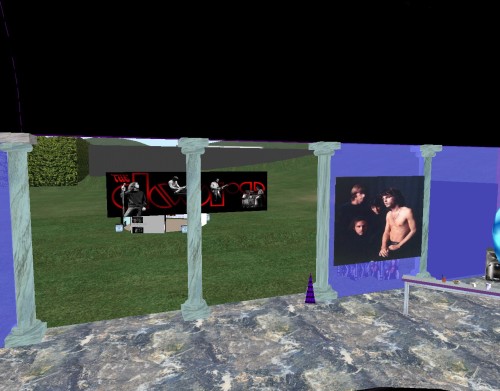 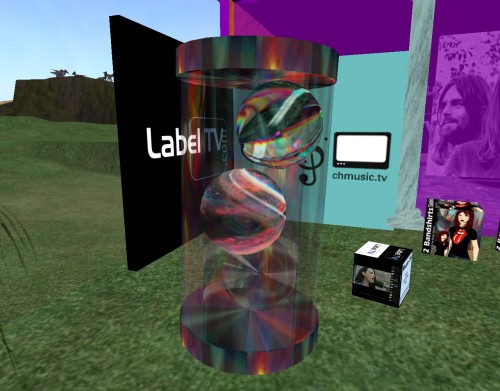 “Always looking for love, aren’t you Marcus Fox Smartville. I have an aunt down in SIFton. I’ve heard the rumors.” 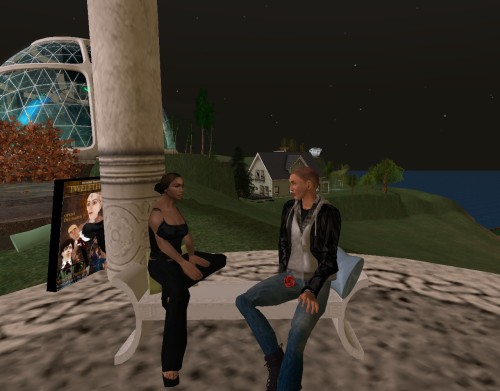 “Well, ahh,” I attempted to explain. “You know. Things happen. I sometimes get a little carried away.”

“And you’ve still got that primmy rose with you. Primrose… primmy rose. That’s where it all started for you, right?”

Ah ha. A clue! I thought. Thanks Sweet Alice! Now I just had to finish out this awkward meeting. She stared steadily at me. A member of the church choir she was, and also the prayer group meeting immediately afterwards. Was this…?

“No,” she answered, as if reading my mind, shocking me. But then I remembered we were already talking about the Room before the rose diversion. She was just answering a question I’d already asked about 2 minutes ago. Might as well be 20 years ago. Then she did it again.

“20 years. *Not* 12 as some think. Give me credit for aging well! It was a long time ago now. I’ll give you this before we — both of us — move on. The retaliatory strike was at Golden City, in case you didn’t know.”

“Golden City to Golden Sink. The Truth Brothers wiped out.”

Ahh. The Truths! Both of ’em. Such horrible luck. First the house with the fire, then the house they were replacing it with by an even greater fire. Nuclear. Was this what Biff Carter meant by the second gun?

“No,” she answered. She’d done it again. Time to move on.