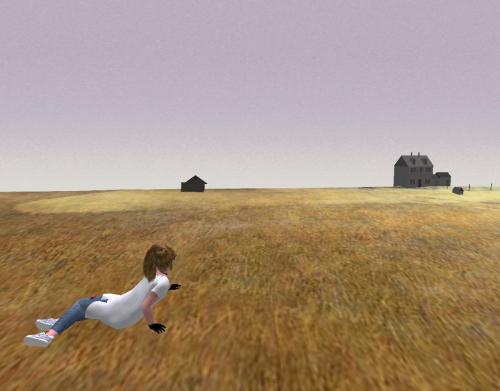 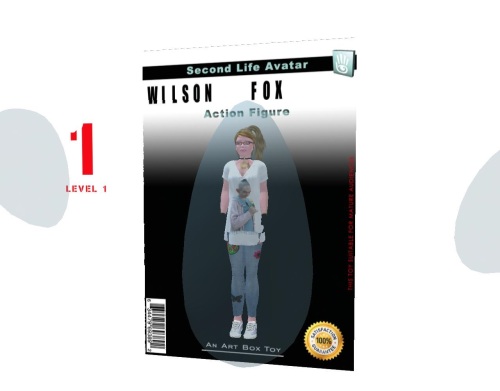 “Look down there, Shelley. That’s where you’ll live; same as the color of your hair.” He dared to stroke it from behind. “That way, darling, you can come up here to the box and play any time. Anny time.”

“Shelley?” she questioned above.

“Shelley,” she answered below.

“Wacky, man,” says Roberts primarily for grinning partner Franklin beside her. They’d been partaking of the sacred bush just before. Now: here. Fire brought them together.

“True, Albert is lower in contrast, but we all work as a team, a TILE if you will. Blue (he points to himself), green or red, take your pick (he points to Roberts and then Franklin), and, finally, you (he points to Albert).”

“Me? I ain’t lower than anyone. I’m a prevert and I’ve accepted my role in life. It’s you guys who are in the wrong. Trying to kill me!”

Silence from the still guilty feeling women, as Claude says: “Now, now, Albert. No one is in the wrong. Each has their challenges, *including* me. That’s what I’m trying to say to you.”

They look each other over with this, one by one, realizing the truth of it all, if only subconsciously. A TILE, back and forth and across balance. Blue should have been opposite yellow and green opposite red, but Claude wasn’t in charge of setting up the chairs. Probably an intern, he thinks.

when Aloha turns to Alpha 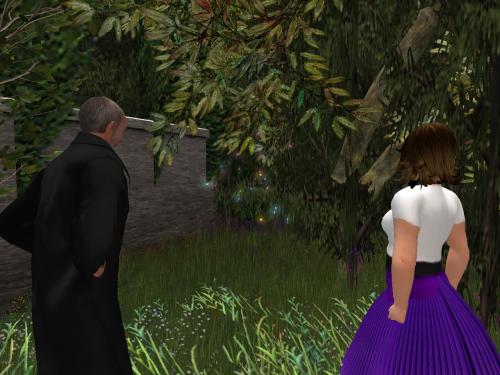 “Here it is, Wheeler. Another portal of some sort.”

“It’s not rainbow colored, I mean, butterflies. I checked (the description). Wisps instead. Wisp spirits to be precise.”

“As you wish,” conceded Newt, knowing Wheeler’s ways and her stubbornness. Besides, he’s bound to serve what with the new name and the recently revived Table at the Lebettu Castle and all. “Go ahead. Go through it.”

Newt shakes his head slightly. Poor Wheeler. She won’t realize she’s being controlled from the other side until it’s too late. Thinks she has ultimate power now.

“Sure.” And then he walks into the multi-colored swarm, emerging on the other side about 10 meters west. Wheeler then follows him. 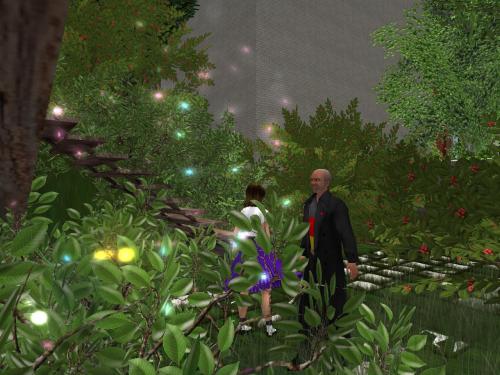 She turns in her purple sock hop dress. “Fascinating. I feel revived, reinvigorated.” Then she realized the secret of the Other Side. Her brain is not the boss!

She sat there all glassy eyed for a while like 2 marbles were planted in her head in place of eyes. Then…

“What you cooking today Eddy?!” shouted the runny man, passing by.

“Hot dogs!” he called back. “But made with veggie stew!”

“Cool! Catch you later, then!” Tom shouted, his voice receding in the distance as he headed toward the far corner of the strange, rectangular green pool that centered the apartment complex they both lived in, this Paradise Town as it liked to call itself. The pool begs to differ, because it also has a name, usually unspoken. Tried to be forgotten. 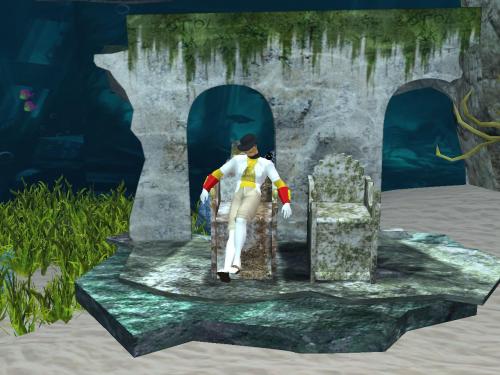 “Just *stop* it,” he heard through the water and mask.

I was dancing with Hucka Doobie under the red car and next thing I know I wake up here. I’m beginning to think this world isn’t real, ha. Oh well. I’ll wait until I’m called again, pheh. Hopefully something out of the tall weeds.

It’s called The Rock, W. And on top, a radio tuned to a rock station currently playing The Beatles. We must look for nodal points (in these here photo-novels).”

“(We must look for nodal points) in these here photo-novels,” she echos. “Find me.”

“Are you Wagner?” No answer.

Baker peers again. “Kind of looks like a man, don’t you think? With a mossy beard and all, perhaps (looking again), a veil. Cap and a veil.”

“Still smoking with the nose instead of the mouth,” Gotham observed in his chair across from me. Me? Man About Time, but changing fast (again).

I stared over at the joined tile on the far wall while speaking. “Let me tell you a story, Gotham, about how I joined a group to find bigfoot. It all started on a porch in a chair. I was in disguise (cough cough).”

I had taken off my shoes in order to help think (cough; *toke*). The cold rock patio (*exhale*) kept me alert and on task, brr. Changing perspective, I knew it had to do with the, um, tent in the same sim. I’d seen this (*toke*) tent before. In Insipid… oh heck, what was the name of that sim. Intrepid.”

“Instabar,” offered Gotham. “I’ve read the attached novel,” he explained. “Pretty good, except for The Man in the exact center. Highly unlikely,” he judged. Side note: Gotham was pretty much the same when high as not high. He’d smoked so much down through the years that he had become the pot. “Hi pot!” he exclaimed first thing in the morning, burying his thumb and fingers in the bag to protract the sweet monie. He’d gotten small so many times…

“I was… *there*.” It was about as much energy as I could muster in the moment. Mustard. Ketchup. Condiments! I realized, mind yelling much louder than mouth could. I need a Hot Dog! 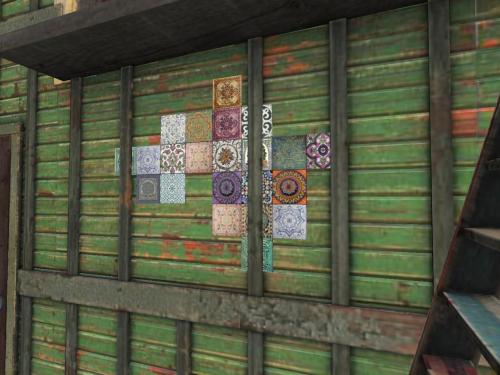 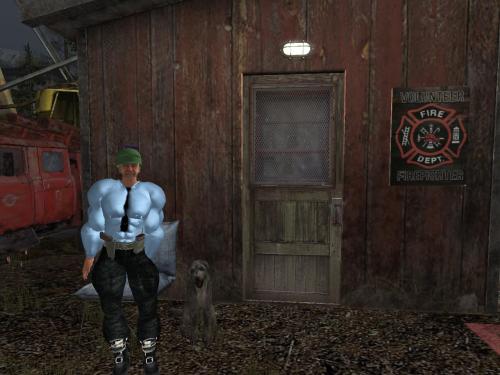 Ripped Windmill Man, as they called him, was assigned the role of night guard for Ruby the green grey Alien, currently holed up down at the fire station for further protection from those darn psychic kids. Half policeman half army man, he was more than equipped to fulfill the duty — overqualified, Ben Bolt said, eager to get the job as well to support his own troupe of kids, 2 psychic and 1 mundane from an early marriage (the former Mary Bolt, now married to Alfred Reynolds the shoe cobbler). His ripped body wouldn’t fit through some of the doors there, he argued. His half policeman half army man training made him all bastard, he tried. Jim Wells, father of Alice Wells who Ben was also trying to woo along with the job, would have none of it. “Windmill’s a fine man. He has 3 ripped bodies that he can strip like a snake or lizard or something if needed to fit through any door.  It’s *just* a night guard job, Ben,” he said to a potential son-in-law he didn’t want. “Maybe you should aim a little higher, hmm? How about — manager of the day care; help keep an eye on those psychic toddlers, make sure they don’t get into trouble *too* early.” Because Jim Wells knew it would come to trouble later on as they aged a bit, spontaneous fires being only one potential hazard. “The firemen, the policemen, heck the *army* men can’t do anything about them once they reach a certain age, some say 5, others: 7.”Jim Wells realized he was making a case for ripped Windmill Man to take the day care managerial job instead of Ben Bolt and stopped. His future son-in-law — if it came to that — would *not* be a night guard at the fire station, no way Jose.

Ripped Windmill Man stripped his 2 outer ripped bodies so he could fit comfortably through the door and look in on Ruby. “Everything all right in here?” he asked, checking the corners of the fire station’s storage room again for bugs. He was sensing something but didn’t know what.

“Tell him everything is okay,” commanded unseen Billie Jean Kidd from the side. Turns out Ruby had already been compromised and the firemen, the policemen, the army men couldn’t do a darn thing about it.

He stood in the middle of 4 sims, looking down at the water. Far Future City, he thinks through his holey head. Metropolis. If only the kryptonite radiated bug hadn’t bitten him he could have seen further, clearer. As it was: an improvement! He might be getting better.

“Snap out of it, bud,” she requested beside me, perhaps also snapping her fingers but perhaps not as well. Choices.

“Hidi,” I answered groggily, as if just waking up, which really didn’t describe the situation but also *didn’t* describe it either. A half and halfer. “Had another vision,” I offered as a partial apology for nodding off. “The music was really good. The music, in fact…”

“Yes?” she prodded, also perhaps nudging me in the ribs, depending on how physical she was in the moment. At least she didn’t slap me at first. I don’t think.

“I’ve… heard it before. It was taking me somewhere else…” I trail off.

Introducing himself to the scene, Deere comes out of the john, but don’t call it that in front of his face.

Was I still dreaming? “Slap me,” I said to Hidi.