The next day Newt goes out to the Rolls Royce Dawn roadster to retrieve the “Monolith”, painting or photograph — we don’t know until he opens the trunk. But then (*gasp*), he finds it empty, no art within. He tries to calm down. Maybe it was in the trunk of the other car, the 1947 Black Bean Rod 9 that Eyela just purchased before their long vacation, had to have to give them something to be cheerful about upon their return, she said. Maybe something was wrong with the lock on this trunk — shouldn’t be, since it’s such an expensive car and manufactured so carefully, at least according to reputation — and Benny put the art in the other trunk for safekeeping. So he tries that one as well (*double gasp*). It was there… but in a different form. And broken in pieces. He takes the pieces out of the trunk, carefully, er, pieces them together in the garage — making sure to shut the doors beforehand. This was Benny’s lone day off, but Benny sometimes shows up to work anyway to put in some extra time — off the clock of course. He’s just that dedicated. Good ol’ Benny, Newt thinks amidst the chaos. But *this*. He stands back, taking in the thing that he’s created. It could tumble at any moment. But this is what he saw.

I believe it is the same as the monolith in the Big Woods Zapppa woke up to yesterday. The woods that are right over there, just beyond the brick wall surrounding the manor, protecting it. The stuff of dreams.

It’s time to find out what this is all about, really. 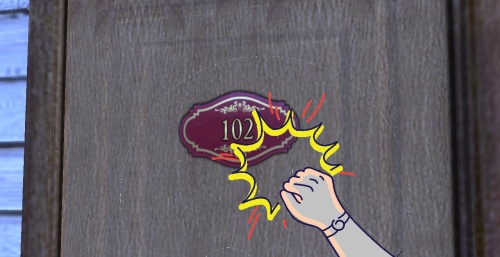 “Tell me about Dub?”

It was an odd question from the former Bottle Cruncher star. 5’5″ Jer Ronamy, who also went by the name of Chuck Laser back in the days, an athletic moniker. Laser sharp were his passes and few lost their arms as a result, even though they played at the bottom of one (Starfish Lake arm). Plus they would just grow back; many smaller guards of his kind used this regeneration process to their advantage; fitted it into their overall game plan and strategy. Not brown clad Chuck, except when he masqueraded as purple garbed Joel Maser that one year he went undercover to play for a rival team so that they could face each other in the championship. Zircon vs. Amethyst, just like it was suppose to be; battle of the Titans. Never spotted, although the name should have been a giveaway. Just short enough to fly below the radar. It was tricky playing both sides in the finals but he explains it all in his book, “Going Both Ways,” disguised as outlining his prowess on both the offensive and defensive ends. Read between the lines and it’s all there: never was any defense when he was on offense and visa versa. I mean, you can read about it in this way but it’s still hard to believe. He planted a double, a lookalike. Similar name, yeah. A bit taller so as not to be *too* suspicious. And, oh yeah, that magical charm around the whole thing enacted by Morgan the Hagg. People hated him when they eventually found out. A lot of money was lost the day he hoisted the trophy as high as possible over his 5’5″ frame on a pedestal built by those that worshiped him.

“Dub?” responded Devil Dave back in the present, thinking back to receiving the ill wind from that Maebaleia cave in the sky. Does he also know about the jungle and all that goes on there, the wildness (in the wilderness)?

We need to bring in a female to balance out the whole and make a 4orrin1. Jem should do the trick, a simulacrum who thinks she is real and the only type who would stand Jer for any length of time, like seconds. Here she is with the rest.

It was getting late but she had to go see. Boos! 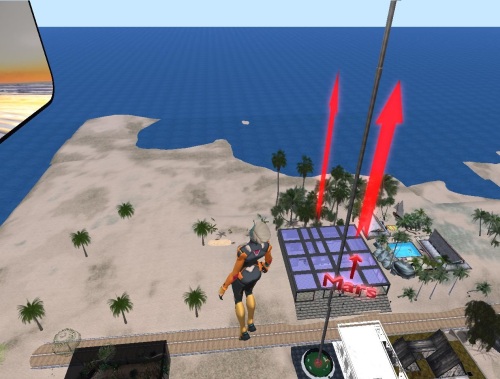 It was the opposite direction than what she was use to but she adjusted. She’s determined to make Venus and Mars alright tonight.

And then there it was with her right in the mouth of it. Just like poor Rusty before her, with Peter looking on, helpless to, um, help. 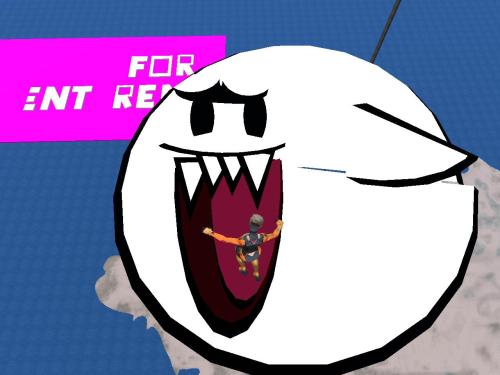 He remained in the water, trapped on the Fringe, a TV show after all and not Real Life. Another piece of art. 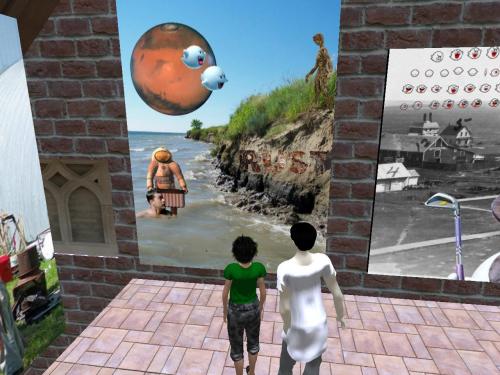 “That’s enough for tonight,” she determined. 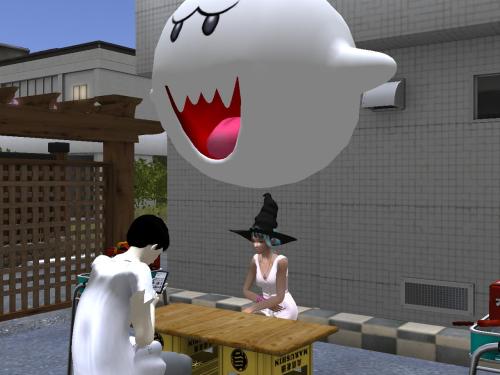 It’s called the Fal Mouth Moon, but it holds the Falmouth collages, largest series I ever created by a pretty considerable margin. One batch in about a 3 month period. And it’s tall — the biggest single structure in Collagesity if it’s not the Blue Feather itself. Which is center if so? I’ve always considered the Blue Feather to be the core of the town, but it remains private. I’ve thought about turning Fal Mouth Moon into a college for study of the collages within. Falmouth College for Falmouth collage(s). It still might work. And the gallery itself appears in a number of collages, like, let’s see, this one from the Boos Gallery just across the way.

Trying to think if the [Falmouth Gallery] appears… oh yes, Falmouth 60, a complex one (!). Makes sense it would start showing up toward the end of the 61 part series.

And in checking, the gallery is pictured in several collages before this from the Falmouth series. Just to elaborate a bit, the Boos series comes after the Falmouth series, so the Fal Mouth Moon would have already been built and filled up with its namesake collages by the time it came along.

So this is Danny’s trailer stuck on the back of the gallery. Danny was assigned to be the custodian of the large building back in novel 25, I believe, shortly after Jeffrey Phillips assumed leadership of the town when Baker Bloch left for greener (or whiter) pastures. Man About Time, former rival to this throne, became his right hand man. A coup was tried by Danny after that and Danny was banished for a while. Then Jeffrey died — fell off some high cliffs over at a Rim Isle I never can remember the name of — Corton I believe. Then Jeffrey married Wendy and, through the magical spoken vows, was brought back to life. Man About Time had to move a chair down again, resume being second in command instead of in charge of it all. Danny… well, I’m not sure what happened to Danny after that. When Jeffrey died and MAT became leader, I do know he brought Danny back. *Oh*, I recall now… he gave him a *home* in Collagesity, beyond just a “mere” trailer. Danny was *so* happy. We thus pick up the story there…

He was playing on the keyboard.

She was belting out the piano.

The front door rang. No one knew where they lived. Who could it be?

“You know that’s (*yawn*), my castle up there, Hoppy (stretches arms). This place is soo relaxing.”

Windmill Man, named to be changed soon, realizes he has a lot of time to learn the ins and outs of this here Rooster’s Peninsula, since he plans to stay a while. Does this mean the end of Fordham’s Collagesity down in Lower Austra? Could be. He must confer with town leader Jeffrey Phillips and right hand man Man About Time soon. Couple of weeks. But first…

… the Prog Rock museum down at the neck of the peninsula, and where Shelley (daughter?) recently woke up Jacob I. and allowed him to return. The sleeper has awoken; Roost Never Sleeps.

As Darlene continued to struggle with the water break, Ruby stared over at the girl who was always with her now, her Little Bug as she said she wanted to be called. “Cards are next,” she called over, stacking the last one on top. 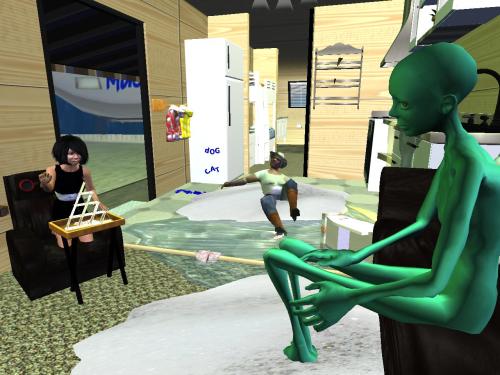 The water was up to her wrists above her feet now. Aliens can have very different anatomies despite some surface similarities. Like two hearts.

She was very helpful, unlike the other one. She would help me in getting to my destination, this (he checked the nametag): Mae Baleia. I wonder if that’s Russian? I wonder… if she has a husband. *I* could be her husband.

“Dearest,” she calls over in her undetermined foreign accent, coaxing him out of his daydreams. “You’ll have to move on. I have other customers to deal with.” 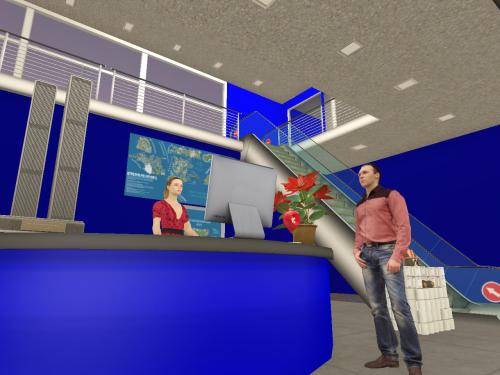 “I was like ‘blublublu’, and he was like ‘eyoweyoweyow’, and then somebody jumped in and shouted, ‘Stop the plane!’. It was the pilot — Tickie — blue fellow. The pilot made the plane after all; 1 to 1. Jen Saunders held up the index fingers of both hands here. Stan Gunderson realized she would be of no help in getting to his destination. 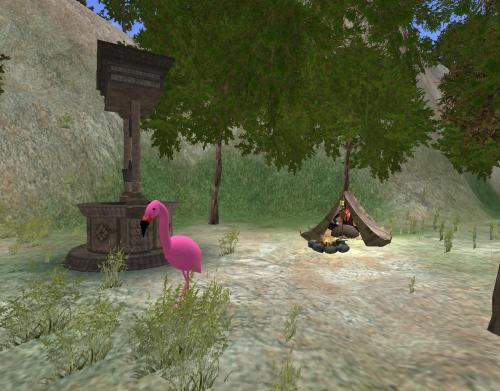 He camped at Mexico Flats that night, fronting One Pink acting as a watch bird. “Sqwalk!” she erupted at half past 2. But it was only the Half Moon rising over a local stone hill. “Sqwalk!” she repeated at 5:45. Yes: The Sun this time, touching the tippy top of same hill. One Pink imagined herself burning on the surface, revealing her secret innards. Scorching Sun and Freezing Moon must be balanced, sqwalk for sqwalk. Otherwise: death. In time, Jeffrey Phillips would begin to understand the weird workings of the psychic, alchemical flamingo but not tonight. Instead he grumbled how just as he was about to fall asleep there went that bird again with the sqwalking, so not understanding atall the significance of the utterances. Sun and Moon; within and without us all; the great duality; mother and father; death and life; black and white of course; female/male all around. Silver and gold. Alchemy.

On to the Castle, bleary-eyed or not.