“This ditch will make the town, Danny with an extra N. Some, in the future, will just call it Ditch City, some Old Ditch City, because another will be built on top of it, another Collagesity.”

“Yes sir,” replied Danny, loyal to his new ruler for sure, past present future. “I’m ready.” The shovel in hand was now just another tool of the trade, like the plunger, mop, and bucket. He could handle it.

“I know you are, Danny.” He shuffles his feet again, points in a random direction, sometimes down the ditch but most often not. The fuzziness is still showing. “1948 where we stand now.”

“And we need to reach all the way back to 1898 to change the first Oz movie, make it the first talkie.”

“I estimate — hmm — about where the ditch passes underneath, well, your *new house*.” It was about as excited as mild mannered Man About Town could talk. Danny looked at him google eyed. Tears formed in them, even. Ones of joy. For Danny with the extra N had never had a real and proper home before.  He would leave the trailer. He would… finally have a say in town meetings. How marvelous! “That’s right, Danny. You now take care of the Blue Feather itself and become my right hand man. You have a voice; 1898 has a voice. That’s what I figured out. Through the plunger.”

*I* am a Southerner, I realized. Have been and always will be.  Yet I’ve rejected the South and its principles now. The North won the war, if not necessarily in *Maebaleia* then in Real Life. Bluefield Real Life. North, south, humm. Virginia: West Virginia. African-Americans Sweet Alice and Ben Bolt from nearby Tazewell as reported first and foremost by the “Bluefield Daily Telegraph”. It all adds up to… 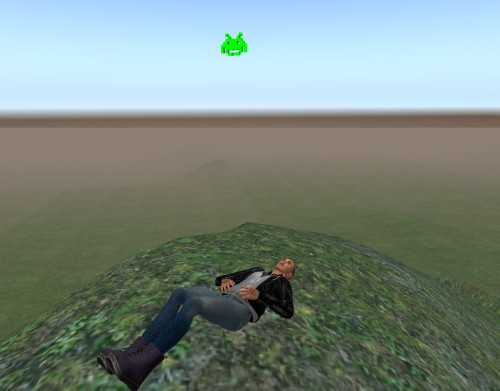 A lime green space invader appeared above my head, giving me wisdom. I decided not to leave this hill for the remainder of the novel. I would dream up the rest. I have Preston Weston’s powers, after all. Since he’s kind of me in the end. His mama is my mama, so on. I have a zapper gun, he has a zapper gun. But those teeth and glasses! I realized it was due to the radiation from the bomb, decimating Chip Shot but allowing, through the shared Room, the creation of north bordering Pipersville later on.  On the lip of the supposed sink which was actually a bomb crater. Sink X — the experts all knew this but hid the truth from those in power who propagate.

How many sinks were bomb craters? (Maebaleia’s largest) Finsteraahorn-Dammastock even? Some speculate about a “flat” bomb (or, on the other hand, “shallow” bomb) which formed it and perhaps others. But this is relatively unsubstantiated in comparison to the deeper Sink X. Then we have the South’s Golden Sink, former site of Golden City — retaliatory strike. *Not* rebuilt, importantly enough. My brains keep spinning. The Truth House! Truths. That’s where the novel could end, as I had been planning almost since the beginning. Or since the middle — something again. We will return to Golden Sink, then. In a dream… 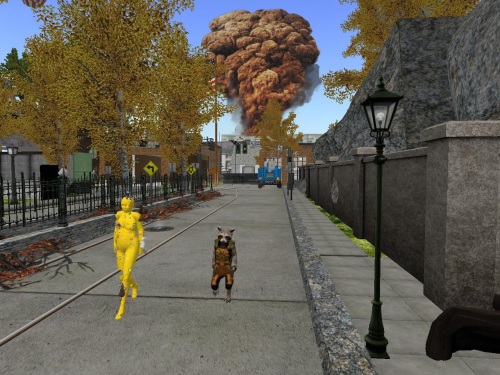