“But I *saw* you there,” Tessa later insisted at the terminal cafe with the great view of Grandpa Cliffs. Devil Dave waves at Grandpa sitting at the far table and Grandpa waves back, realizing he was exposing too much while locking his knees.

Devil Dave returns his attention to the just arrived girl. “No, Tessa. That was a doppleganger. I have experienced much the same thing here. Our Second Lyfe is breaking down… *has* broken down. The only thing holding us together right now is Collagesity. So we must *choose*, young lady. The waffle house could have manifested in Collagesity but it didn’t because you were led back to Fryburg and the missing junk ship which you had already taken to Castle Town: here. Someone is following in the green one left behind.”

“*That* old piece of crap?” she exclaimed while shaking her head. “They’ll never get it off the ground and in the air. I *tried*.”

“Nevertheless, that is another doppleganger, a ship in this case.”

Fern arrived with their food. Yet another one.

Cow Pond, which I had planned to use for a filming location, has suddenly been dug out and deepened, with this mysterious structure positioned inside. The owner implies in her description that it can’t be figured out, so I won’t try. Plus the property is restricted at least for the moment. But this *is* Cow Pond, or *was*, now turned into a lake. This must be Loon Lake (too). And, appropriately, *Tessa* has returned to this here blog and attached photo-novel, 24 in a series of 20. Because Part 02 of “Sunklands Winter 2020-2021” will be its own novel, separated from Part 01. This is a little different than what I’ve done before, but the pattern of 6 sections of about 17 posts apiece (add on a couple of posts at the end as a coda to make a 7th section often) will hold true, I’m assuming.

Last we checked in on Herbert Gold’s oldest grandchild she was going a little la la over in a middle part of a larger Bellisaria island some have started calling Manhattan, because of the similar shape, I suppose, but also because it has a central park of sorts: Millgate. Alright, I just made all that up, but the island is real, and Tessa has definitely associated it with New York (City), close to solving a mystery herself. But — here we go — she was *banned* from this oh so central section as pond turned into lake, deepening the mystery. We have to switch over to a new novel for further development. So here we are: the present.

Tessa has no choice but to walk back up Cow Road to Cow Hill at the other end to meet those responsible for the banning, and an explanation. Plot of photo-novel 24 coming up!

Tickie was getting between good friends Tealy and Tillie. He had to run away. Tenty was the logical choice for a destination, a twin brother from another.

“Ground rules: *don’t* go over to Grimm unless absolutely necessary and, whatever you do, don’t go over to the Slot Mountain Castle. Death within!”

Tickie had heard about a head in a jar named Homer there who use to be a prominent resident of NWES City (*almost* NWES Town, but not quite). He wisely decided to heed the warning of host Tenty.

Tickie naturally looked east for answers instead of the forbidden west (Grimm; Slot Mtn.; Slot Mtn. Castle). They were sitting in identical chairs in back now, but Tickie had gotten up: restless. “Who lives over there?” he asks about the house between the source and the lake of a blue-grey stream beyond the wooden fence.

“Oh, just one of those TILE fanatics, hence the *river*.” Tenty didn’t really like the Tilists, and thought there were too many in the area and on the island as a whole. He stated this to Tickie. He told him about the river of the world as the Before and After, or the Zero and the Nine.

“Like Zero Hero?” exclaimed Tickie, getting excited despite himself. He was a hero worshipper by nature, and Zero Hero was one of his favorites. He’d never heard of a hero called Nine, though.

“That’s Jasper,” spoke Tenty through his tentacled mouth, but in a pretty ordinary man-voice despite this, more than Tickie’s which was kind of squeaky; mouse-like. “That’s the Land of the Dead. The Egg.”

Tickie didn’t know these terms. He felt like he was getting in over his head with Tenty, who use to be a professor of religion/philosophy/games at Northwest NWES but which wasn’t there any more, a victim of the Tar Wars as they called it in scholarly-land. He turned toward Tenty. A realization occurred. They had been here before!

“Tell me about core avatars, Tenty,” he asked, knowing his friend would know a lot. His very close friend.

“There.” Toothpick pointed past the scaled down Eiffel Tower and other 1/2 rezzed in objects and structures between the two temples. “Just like I said… *Berry*.”

“I’ve never heard of this Temple of TILE.” Master Berry couldn’t believe Toothpick had broken free of his power. Through a *game*? “Tell me more about this Carcassonne.”

“I’ll do better than that. Why don’t you come with me over there this Sunday. You have to choose a color ahead of time. I’m always red. I don’t know why but that’s what I always am. And… well, you’ll see.”

Toothpick gandered back at his former master, took him in again for what he was. Human. *Not* like Carrcassonnee. She’s alien through and through. A real avatar to base a real religion around. Berry will see. Maybe he can join us too. Give up this sham temple out here in the boondocks. Move to the city as well. Maybe something else will open up in the Kidd Tower where I live. Heck, he can move in with *me*. Be *my* slave for a change. “Berry,” he decided to test, “how are you on fixing flapjacks?”

“Oh, pretty good. I didn’t arrive until the meeting was almost over. All I heard about was some virus infecting the town. Something about zombies.”

“That would be the Resident Evil influence,” quickly spouted Baker Bloch, owner of this here Sunklands Institute, a private or, at best, semi-private estate. Collagesity was no more.

“I suppose.” Duncan Avocado was wondering when he could return home to VHC City and his apartment. George was probably hungry (and lonely) by now.

“Jim Brown, yes,” spoke up Duncan A., realizing where this was going.

“Anyway: the A.Team. Unwittingly borrowed from Resident Evil by me, but obviously for some kind of bigger reason.”

“The bomb, right.” Duncan A. looked around; dared to glance over his shoulder at the institute projecting largely from the water. It seemed right, seemed good. A good placement. He stared at Baker Bloch’s hat. He’d heard that if the hat was slightly iridescent it wasn’t really Baker. It was someone else. But no iridescence spotted in the moonlight on this table topped islet next to the new home. This must be Baker, he correctly deduced. Not the other one.

She decides to check into the motel she sits in front of with David and Linda. Why not? Too many mysteries to explore here in one sitting! Multiple me’s, she ponders while waiting for the desk clerk to respond to her presence. She never does, so Yoko Ona pipes up. “Excuse me miss… do you have any rooms available?”

“Rooms? What rooms?” Sarah McDooglehan then shakes her head and looks around the lobby, as if snapping out of a trance (true). “Oh… *these* rooms. Well,” — she puts her finger to her temple instead of checking any list she has, which seems odd. “Two is available. I’ll register it in triplicate. 222, then.”

“I’m *not* paying for three.” But then Yoko Ona reconsiders. *Is* she?

“One it is,” Sarah returned. “Not two, not three. Here’s the key.” She removed it from her pocket and not the wall with the others. Another oddity.

She has to wait for the maid to finish dusting and removing that dead body before she can bring in the rest of her stuff. 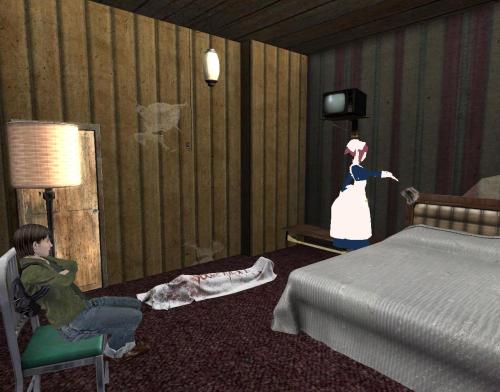 Most people considered Storybrook a paradise. The white of the light was often blinding.

Arthur Kill knew this and was here to prove the yucks of the town wrong, among other assigned tasks. He could start with the children, he realized, upon learning their names. Their *true* ones. Pink was the first he encountered, at one of the several jobs she held at the time: shoeshiner. “One Who Shines,” she jokingly called herself after he sat down, and Arthur stared through her with this: into the void once more. You will *never* be a star, he thought as she nervously began to rub the first pitch dark shoe with her pink rag. Not you nor anyone else in this town. I’ll see to that. *Marty* will see to that — through me.

Marty should be showing up soon, red hair back in place. So as not to reveal too much too soon. The peppery black void must be hidden for now.

“I’m not sure why I had to spend the night with *Splinter*,” groused Rebl about her acomodations at the Southwest Castle last night. “But — here I am. All grounded and shite. Ready for action.”

“Good, good,” cooed Tronesisia to the visiting Bena lawyer. She could tell by the fire that this was a hot spot, a balance of black and white and red all over. She looked over at the eyes… 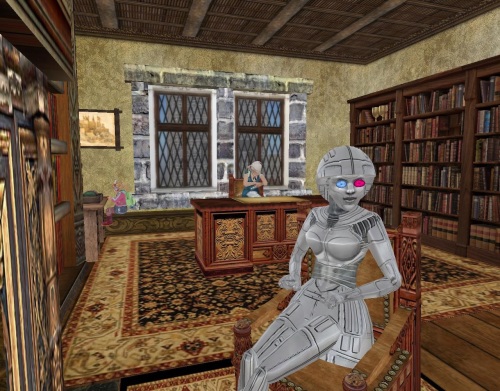 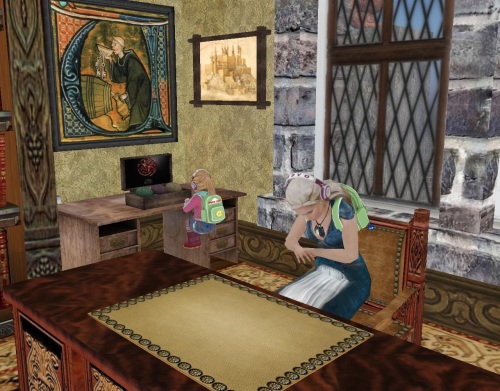 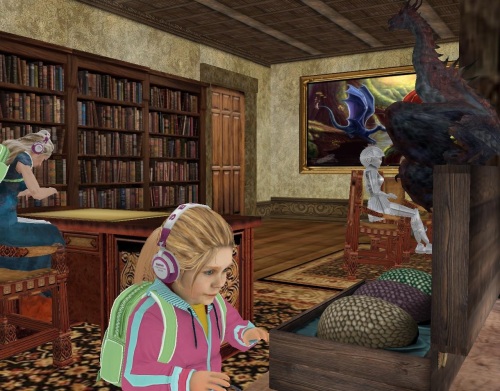 “And you’re sure about that?”

Marcus Fox Smartville complied. “Sure, sure.” He starts to recite the password but is halted at “z-“.

“Keep it down,” Tracy Austin hissed at him, and then motioned toward the snowman across the cavern coffee shop from them. “Ultima Thule is *everywhere*” 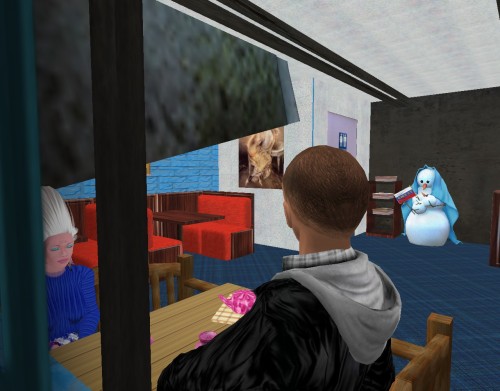 “Eva?” Marcus F. Smartville questioned, then bit his tongue. He knew what Tracy Austin was on about now. End of a world.

“Aww *man*. And I was just getting use to the cackling…”

“Humansville,” Baker Bloch spoke to the freshly landed Hucka Doobie beside him. “Must mean *something*.”

“Yeah,” said the bee person, staring around. “Should I take a seat? Will this take *long*?”

“No. Shouldn’t,” a mildly disappointed Baker Bloch responded, hoping to encounter more enthusiasm from his best and oldest friend. Besides Baker Blinker of course, who really doesn’t count.

“I’ll take one anyway,” Hucka Doobie stated, knowing Baker Bloch like she did. This might take a short time, but probably not short enough. Best to take it all in while reclining. “I wonder if there’s any objects offering drinks around here?” she then queries after sitting.

They both scan the area now, with nothing that looks like a drink machine or dispenser around. “So… this is the new continent,” Hucka speaks after the pause, licking her lips at the same time. So dry.

“Queer name. I wonder how they came up with it?”

“And sims like *Humansville*. On the opposite side of Polk County from Gold… *Tin*.”

“Doesn’t have to be. We could just be chatting off the record, as it were. How do you determine what is a legitimate post and what is not? A metaphysical question, I know, but, after all, I’m the spiritual guru for the blog. I’ve been around a long time. Over a decade.”

“I know you have, Hucka Doobie. And I thank you for your service to the blog. It has been *invaluable*.”

“Thank you. Good to be appreciated.” She licks her lips again. “But I don’t think there’s anything *per se* in this Humansville. No Uncle Joe (laugh), no Aunt Zoe (chuckle).”

“When did you start laughing parenthetically, Hucka?”

A sound happened behind them. Keys jiggling. Someone was trying to open a door. “Who’s that?” she asks before turning.