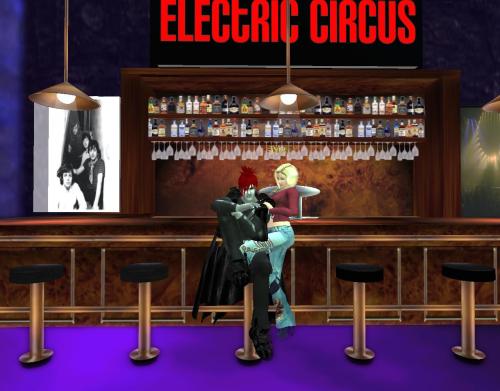 “Good–” Chuck looked around — no blonde. More chicks in the joint where that came from, though. There’s a red haired one back there, a black haired one over there. Looks too smart for me. I think I’ll choose the red. 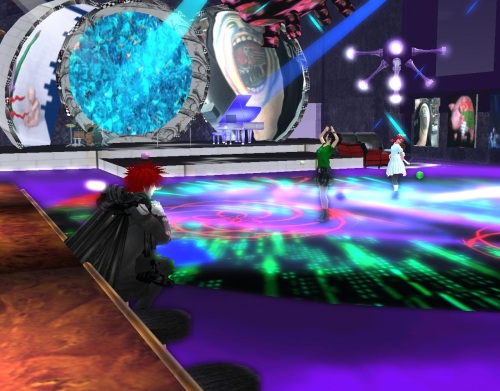 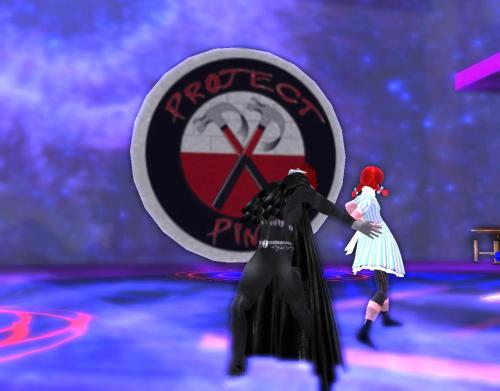 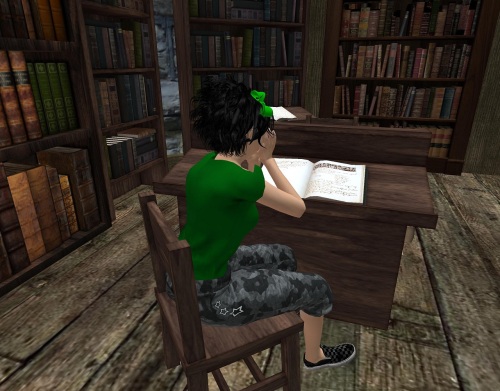 “Aww, Ferrn. You still got me. Your old friend Bookie!”

“Here. Use one of my pages as a handkerchief. Go ahead. It won’t hurt.”

A soggy, wadded up piece of paper appears between Shelley’s legs, waking her up. 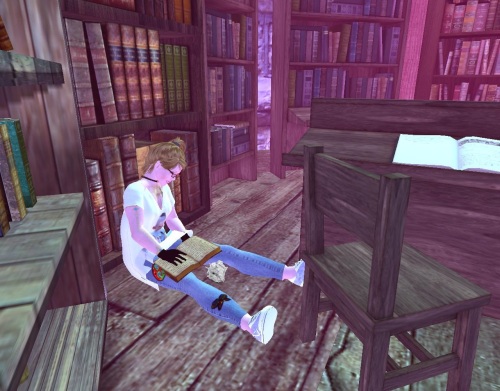 “We must pray for a return to Nautilus, Mother; Daughter. Pray with me please. Pray pray pray.” 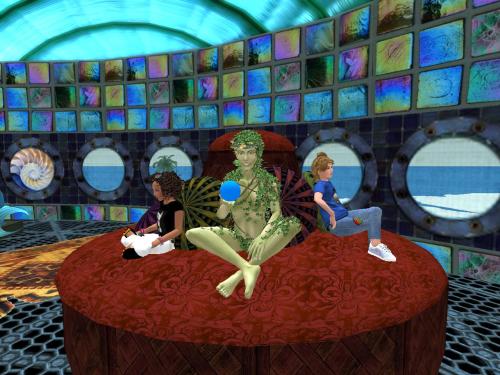 It could work, Pauline Silentghost knew, if Shelly would quickly grow the hell up and away from her daughter. They can’t remain about the same age. Baker has a home on the Rooster Peninsula (Nautilus), and this has aided him in knowing he is a sleepwalker, like all or almost all of us regular human types up here in the Real World where I’m typing this. Easist thing in the world to let the thoughts just take you. Driving is super aggressive if we just submerge ourselves in it. Whole blocks of repeating ruminations about a family member who hurt you, or not getting your due respect from another. How different you are from a brother. Most of it is just fiction, or *inconvenient* to the fact that we all also create our own reality. There are all kinds of hidden connections if we could just open our eyes.

She holds the blue ball right side up and that seems promising. At least she is able to keep from spacing out all the time — understands the 8 corners of the universe and can see above and beyond. Channeler Pauline Silentghost could be the salvation of us all. And Carrcassonnee of course, the deity within that is also probably the same as herself. 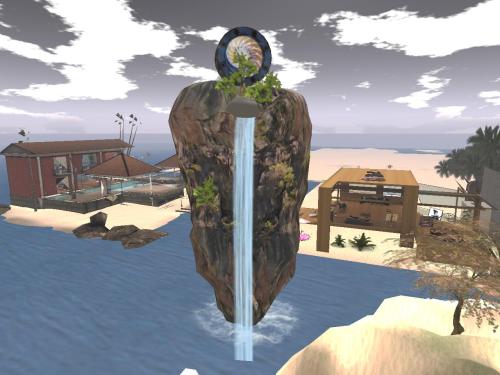 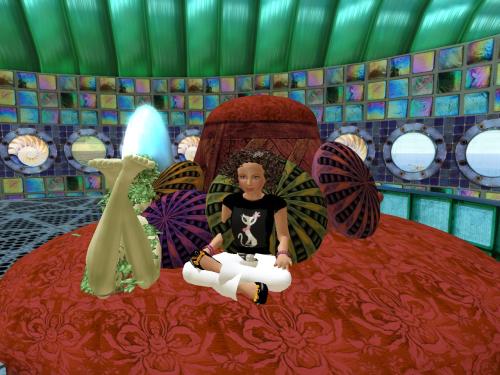 Silentghost sure is pretty, thought Liz from her meditating position, curious but not looking over again. They were talking about rumps before, she heard — that’s the word they used for it after she showed up, materializing from where Wheeler stood just prior. “I better get back to my Newt,” she heard her say, like waking up from a dream, “and you better get back to your Liz,” she spoke to Shelley just before vanishing. So here she is. Pauline Silentghost warmed to her quickly. “You will stay here with me for a while,” she said. “I’ll teach you much about Nautilus, both the shell and the continent. Shelley too — no accident about her name there — and also, also…”

“Wheeler?” Liz offered in the gap. Pauline Silentghost had been having trouble saying that name ever since Reno. Shot a man just to watch him die, she’d heard, or at least the Wilson version of her did, the male aspect. Black and white, on and off, dead and alive even. Liz had answers, Liz was gifted. Just like her Mom. 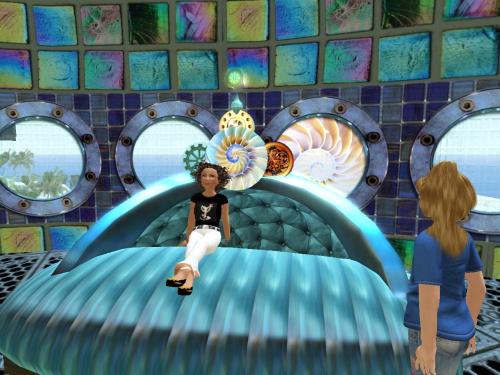 “Whatcha doing future child of mine?” 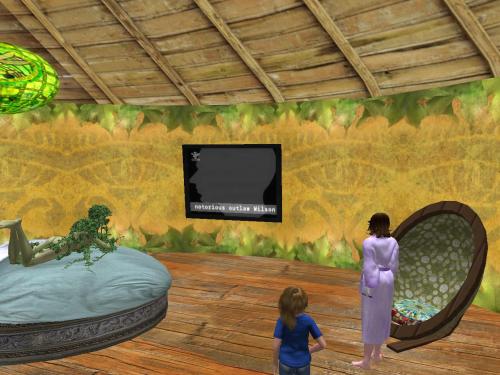 “The only Butt that’s going to show up in this photo is mine,” spoke up Silentghost, tired of the bog down, but also noting the deleted or unsuccessful profile pic involved yet another purple outfit. Fitting: too fitting. Supposed notorious outlaw on the run Wilson had nothing to say, since she was actually Wheeler. What kind of luck did she have assuming the name of a fugitive from the law?? What did it speak of her character to attract this person into her life?

“I — don’t remember taking that picture, I swear,” she said, plotting her defense. She didn’t. Not her pic!

There is another me out there, thought Wheeler both wrongly and rightly. 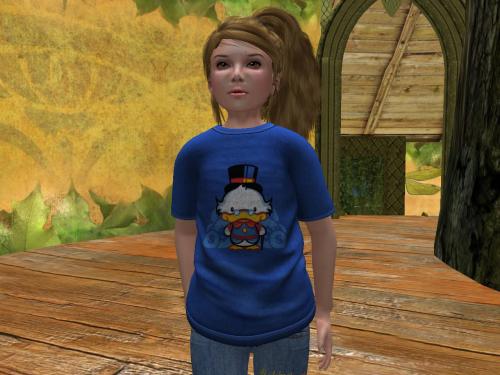 Observing Shelley had seen it too but she wasn’t shocked or damaged in any way. Instead: curious. Futuristic (outfit), she pondered. *From* the future. And so it was. She told this to Wilson who was actually Wheeler. Time is being confused, she added in her psychic manner.

She traced the picture back to last Halloween. The lone blog post published from that day, toward the last of photo-novel 29 which I am just re-reading now, was certainly quite purple in nature and mentioned a purple swamp shack in particular, along with Prince’s “Purple Rain” album.

“I’m going back to that swamp,” she said to Newt on the phone later. Paper-Soap: he was there too. He studied the post while she spoke. Box… Borneo. They were not even really dating at the time. Perhaps they still weren’t, although they’d been married since.

Shelley contemplated the post afterwards too. *She* was there, at the resurrection beach with Cat-Witch who is… *Wheeler*. Just the day before.

Whatever happened to Liz? 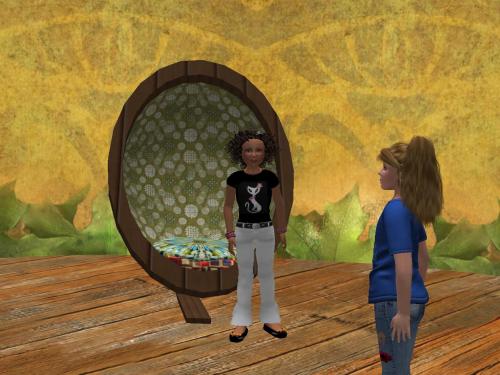 Let’s see, I have to fit the Duck back in here somewhere. 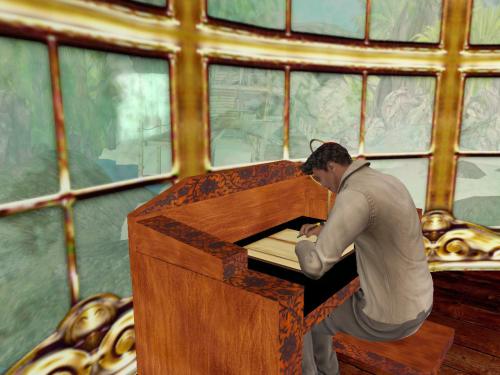 “Yes, put on a robe, stay a while,” said Pauline Silentghost by her side, still assuming the pose of a master (channeler). “How’s your knee doing?” 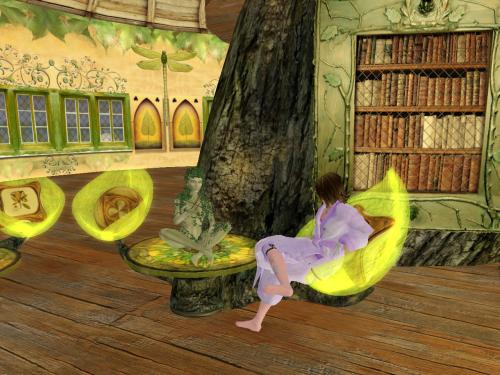 “Fine,” Wheeler said, taking all the shifts in stride per usual. She doesn’t remember changing into the purple-ish robe but here we are. In… Sansara? Yes, but a special part, she realized. An artsy fartsy sub-continent to the immediate east and south. It’s a place she doesn’t think she’s ever been before until now. Thanks to Scroop, or Scrougeout as they call the Nautilus sim in these here parts. So says Pauline. The Oracle rules all in this out of the way, edge of the world type of location. Perhaps it’s just the distance from everything else that makes it so.

“You know who has to show up next.” Stares.

“Do I?” Wheeler tired of meeting the gaze and looked down at her robe, examining the texture. The finest cloth, she saw (and felt), perhaps cashmere. When she looked up: this. 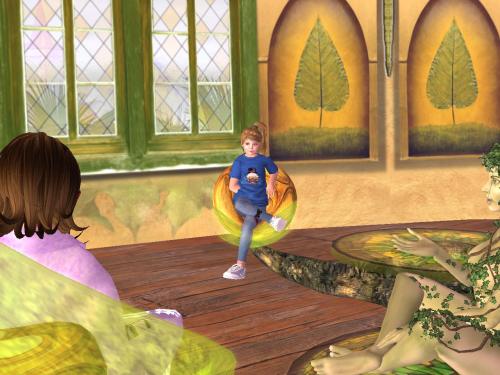 “So who’s this fresh piece of hell?” she queried, but then knew the answer, which instantly became another question. “Daughter?”

It was Shelley Struthers with a, er, Scrougeout t-shirt, another duck.

“She is the owner of the castle,” replied Pauline, wiser than ever. Rust Never Sleeps becoming Roost Never Sleeps again. She turns. “Aren’t you dearest?”

“My name is Shelley,” she spoke plainly.

“Yes, we know your name,” replied robed Wheeler sitting across from her. She stared into umbrella eyes.

“My husband is George. We own the castle. Together.”

Shelley was much too young to be married. This was a future vision obviously, Wheeler realized. “Timeline, please,” she requested as politely as possible. “You’re a *child*.”

“I am *your* child.” Stares again all around. Awkwardness. Wheeler suspected she had a daughter for several years now, perhaps many years. The spaceship.

“I’m telling you, Newt. She’s *real*.” He’d suspected as well. Black and white, male and female, on and off. Clone? Possibility. 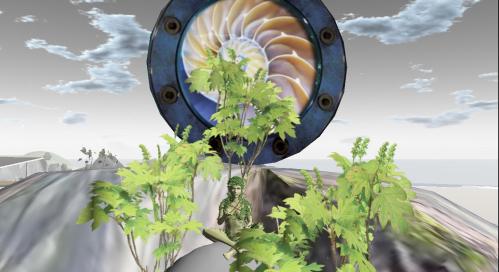 “I am Pauline Silentghost with the g silent and the h — not silent.”

“–Nautilus, yes. I gathered that.” Wheeler indicated behind the entity at the circular framed nautilus shell, obvious symbol for the continent she once again inhabits. Like returned Rust. “Thus, I suppose, your smaller property in Scroop.”

“I suppose,” replied Wheeler, remaining even keeled through it all. “We found him in Tennessee. A Red Arrow indicated his presence there. And 8 shoes. And a bird, a dove perhaps.”

“Let’s go down to my treehouse and talk further,” Silentghost requested, and then they were there. 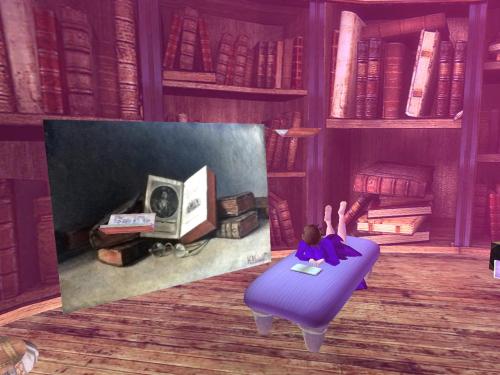 It’s getting harder for Wheeler to change out of what she is. It’s good she’s a faux fashion designer and/or model now, based on Long Islands. Which led her here thanks to Spider. 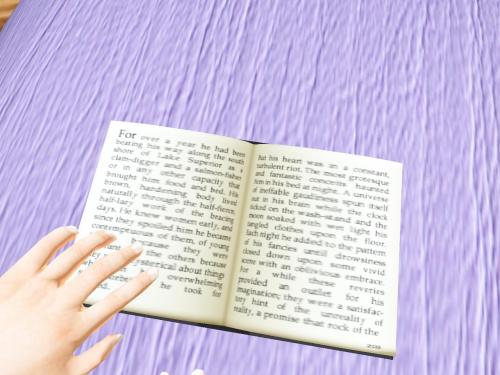 Gatsby again here on the “Lay Reading Bench Purple” in the tower set up by a fellow artist who has a smaller property in Scroop. 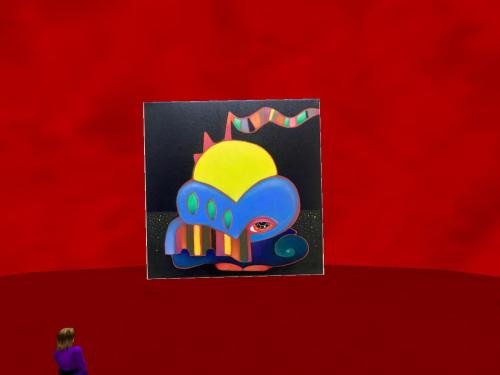 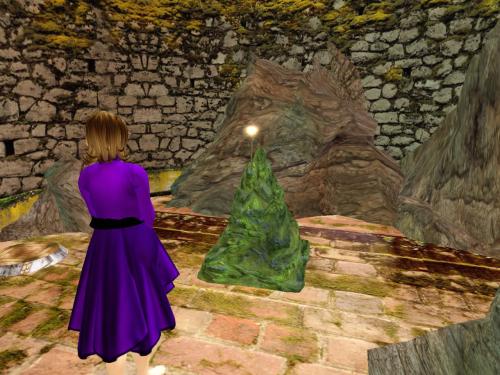 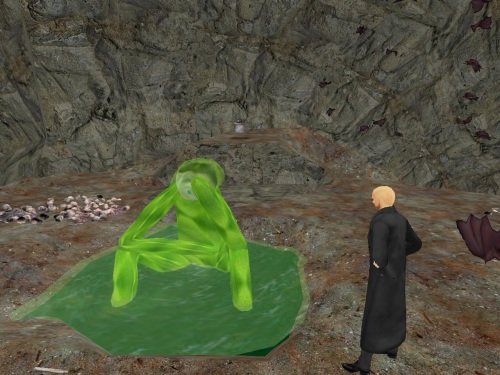 My guess is that Spider wants us to find his former master, perhaps his present master. A witch has a cat. A wizard usually goes with a dog, sometimes with weird names to help disguise its true form. 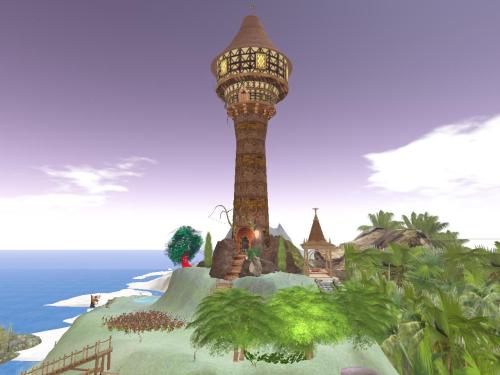 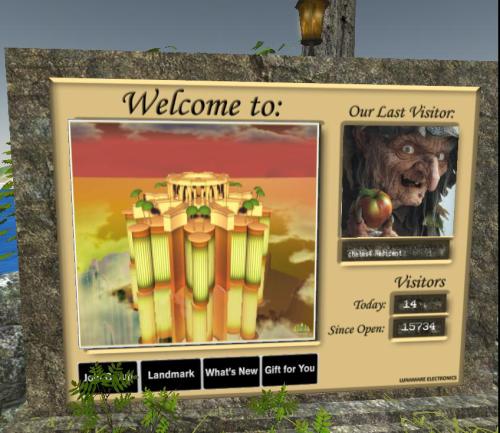 She’s been here already, he realized, looking at the last visitor picture. Offering an apple — offering *me* an apple obviously. Will you rent again from us, will you be *tempted*? L$831 dollars in the bank, just enough to cover rent for the next week. But dare I?

Novel 32 is coming to a close. Premium membership running out tomorrow, and land use fees resetting the day after that.

It’s too easy. No, I will not pay the rent, nor renew the membership. I will get rid of my land through abandonment if needed. Property in the beige highlands of Nautilus — not very valuable at all and will have to sell at a cut rate price to even ditch the burden in the next several weeks, most likely. Time for a purge.

One more thing to check, the clincher? 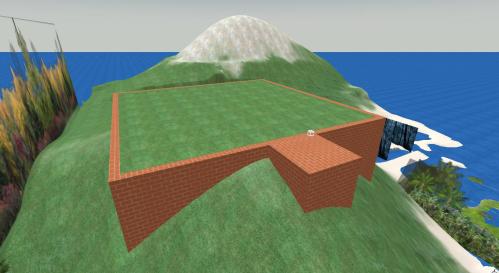 Still available. The library, the castle, the Nautilus map can move there. Everything else can go away for all I care, even the Temple of TILE, at least templerarily, hehe. No time for jokes here. Action… tomorrow, tonight, right now.

I im Wheeler, richer in money at this point. “Send me a couple of lindens over, say 1500.” Enough to cover 2 weeks in this location on famed Rooster’s Peninsula.

I wait. The curtains close again for now.

“There have been other libraries in other places. Like Crabwoo. 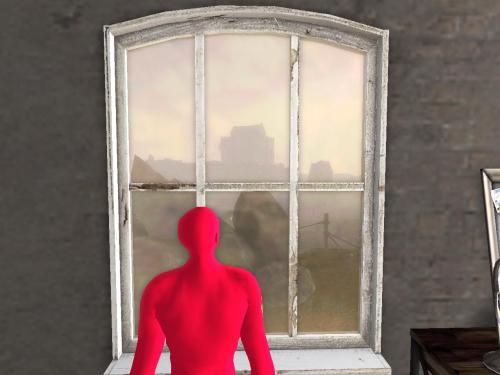 “Right, Karoz?” he prompted after turning. 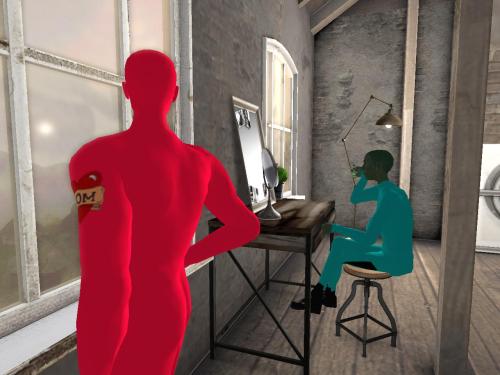 “Are you going to answer my question about the Abyss or not?” Dave’s blue-green roommate for the exciting semester replies while applying the last bit of mascara to his face. Wendy! In all its glory. They finally made it after a long, hard stretch of work. Reward!

In a different part of the dream, Karoz looks up to see a whale sized blimp pass over a backwards blue E, otherwise known as a schwa. Red seems to be a theme for tonight but it’s not Devil Dave this time. Instead, a car, and a particular car at that. One plucked from the Iowan hypercube they knew so well now. 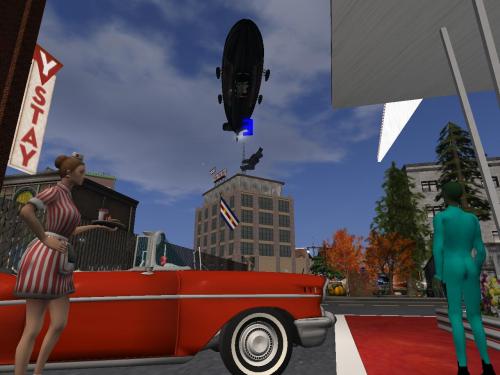 “Your burger, sir,” Wendy offered from the side… with a side (fries), prying him away from the aerial spectacle. Perhaps he should get back in the car to receive.

putting the hat back on

She was back on the beach taking over the responsibility of reading *his* book while Allen floated in the sea a bit. Yellow floatie — instant attractor; which then placed similarly yellow Jennifer on his former beach towel. Archibald was not needed no longer since she had absorbed all he had to offer. She bid him well, departing with, “have fun with yourself,” knowing he already loved her a bit too. She had that effect, with the eyes and all, 9 to 10 legs, etc., etc. Perfection, she says to herself, not being boastful but just honest, she thought. 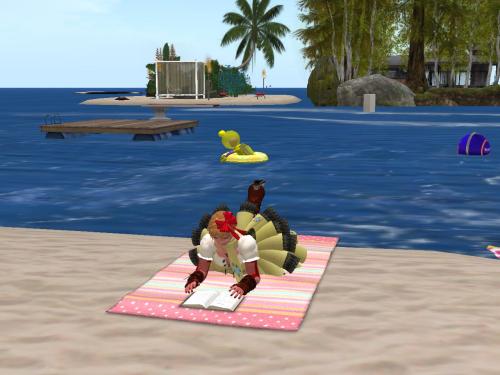 She wondered how chapter 1 could be in the almost exact middle of the book but there it was. 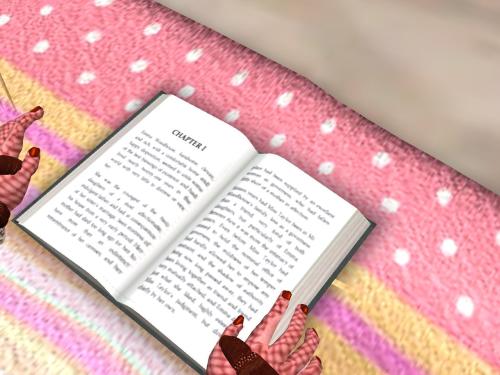 She read about a happily married couple who happened to be nudists and were about to join a related swingers club but for good, noble reasons and not the usual ones. They were trying to solve a crime, a murder, puzzle pieces still being arranged and put together. They then stare at red. 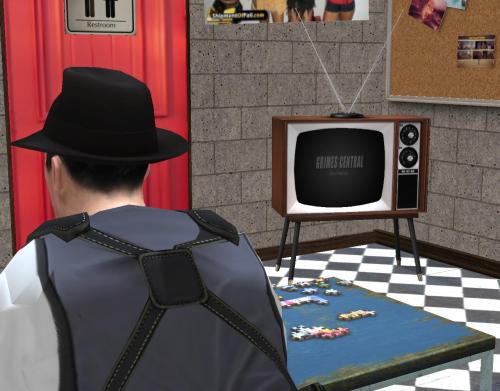