She clung tight to the back of a giant white bunny as he approached. She’d spotted the cursed, bright red cross on the chess first. Axis! Why is Opp wearing that outfit of all things? And here of all spots! The place where I was… well, *killed*. In a strong variant reality at least.

“Hi!” spoke Opp from the other side in a somewhat muffled voice. “I’m here with the outfit I promised — what’s up *today*?”

So it *is* Axis, Wheeler/Wendy realizes about the dark figure slowly — fortunately — making his way up the slippery white slope. Two steps forward, one step back — repeat. She drops from her “hidden goth” position on the bunny to the snowy ground; tells present lover Opp wearing a “Giant for a Day” t-shirt to zip it behind a matching mask. “What’s going on?” he whispers over. They rendezvous about every day this time. He was just honing in on her location, as she allows.

Wheeler/Wendy points around the rabbit they then huddle behind. Opp sees him too.

“I thought he was busy playing God over in that paper city,” responded Tropp, just as scared as Wheeler/Wendy now.

“Apparently not.” She considers the day and then rejects the theory. Not the anniversary of her death. That was February. Axis wasn’t here for that.

“Is he, I don’t know, playing a game of chest with us?” You know he always makes the first move, even though he’s always black.”

“I will make it up to the castle in my present form,” a determined Axis declares below. “No need to turn into a car or some other silly traction device.” But he slips again in saying this. He’s slowed to a one step forward one step backwards, soon to move in reverse. No, this will not do. A car it must be. 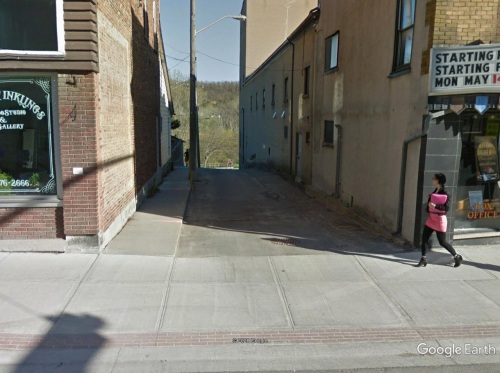 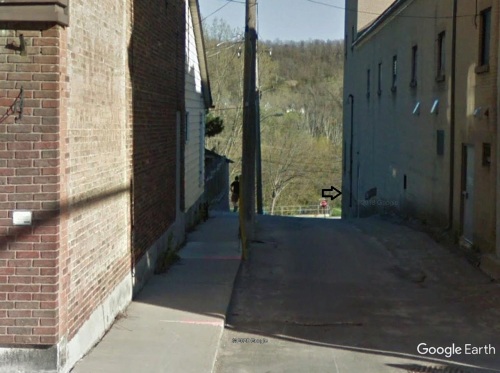 “You are the station master, sir. You must know something.” 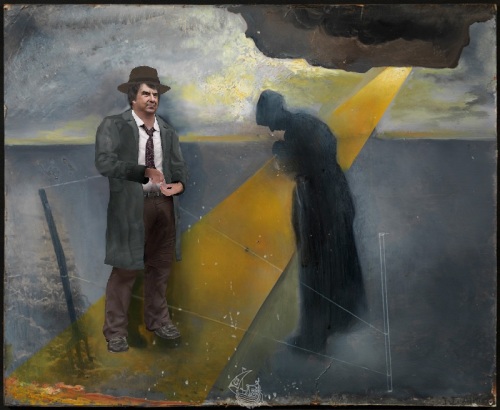 New Nun switched from the red to the gray book in front of Big Dick’s Halfway Inn and realized something was late. Really late, like 20 years. Red across the road was warning from the past, kind of Dixie but also not.

Bullfrog saw the same thing in X City last year. Bullfrog didn’t live long after that, done in by a red hatted crazy chick in the formerly “Mild East” part of NWES City.

“Golly,” the Loch Ness Monster said when surfacing and checking the name on the train station. “It *does* have an extra ‘u’, hmph. I’ve been wrong all this time!” 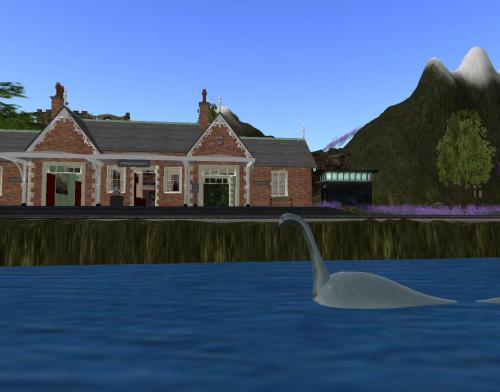 And observing Arthur Kill up on the hill lost his life because of it, *pop*!

“There,” said lego Winfield 5 to husband-wife and fellow lego Winnie, smoking gun in hand. “That should do it.” Both watched the body continue to tumble down down down toward the Urq*u*hart Castle.

Little Katy Kidd watches from the Northeast Tower of the Southwest Castle at her future self seeing off her future husband Jack Snow (played by actor Jack Toadswallow in seasons one through three) one last time at the docks of the Northeast *Castle*. This would be his last war, his ship sunk at sea by a giant piece of cheddar broken off from the Arctic Cheese Shelf on the way over to the Heterocera continent. How sadly, sadly ironic given the instigation for the conflict. Little Angus Girl, then just plain ol’ Lucy Saffold, accompanied her to the past-future viewing, but ended up staring more southwest than northeast from the Southwest Castle’s Northeast Tower, toward the now deserted Splinterwood Castle just over the border from this here Hilling sim. She even pens a song on the spot about the eventful moment(s), later expanded into Redeye’s first full blown concept side of an album called “Confusing Directions,” derided by early critics for its seeming lack of focus, before the full genius of Redeye’s leader was understood by the confused masses.

Lucy ends up talking her childhood friend into exploring the smaller castle this day, if only to take her mind off the sad, sad future events unfolding in the opposite direction. She’d heard the electricity had been turned off, as in a no scripts area. They’d have to take flashlights, or, else, facelights.

But there was nothing within its dark walls except a bed. Someone had used it recently; it was warm to the touch for them. But who?

On a hunch, Lucy climbed onto the railing at the head of the bed so she could peek out the high window behind it toward the Yuiselle Peaks. Extending her draw distance to the maximum 512 meters, she could barely *barely* make out herself and her future band members below them,  playing the greatly expanded version of the very same song she’d just composed. Two past-future viewings in one day, then. Barely.

“I’m afraid I may have to leave, Hucka D. This Rosehaven is not my Rosehaven. My Princess is not their Princess.”

“How ’bout this. You call *your* Rosehaven Rose*heaven* instead. Or Rose Haven — two words instead of one.”

“Maybe.” Baker Bloch, in character as a uniformed Ellen now, perhaps ready to revisit the… he can’t remember the name of the pub Magus Ellen and Sidechick Corea visited last year trying to dig up information about Murdochh’s castle. He tells Hucka Doobie this.

“I’ll go check,” she says, then teleports out.

Hucka Doobie teleports in. “The Flock and Feather,” she informs.

“Probably doesn’t matter anyway… but thanks.” Baker Bloch stares out in the distance. If only The Mist would roll in right now and make all this better.

“I wish they wouldn’t emphasize that rocket so much here. Makes me cold inside, brrr.”

“Well,” jested older Keith B. a bit. “It was a big deal in the days. Put Golden City on the map.”

“Put it *on* the map by taking it *off*, brrr. Nothing left but a big hole.” She glances sideways at The Man, who was scanning pictures on the wall at the back of the stage, focusing on one in particular. “Speaking of which… he needs to get back over here and finish his story.” 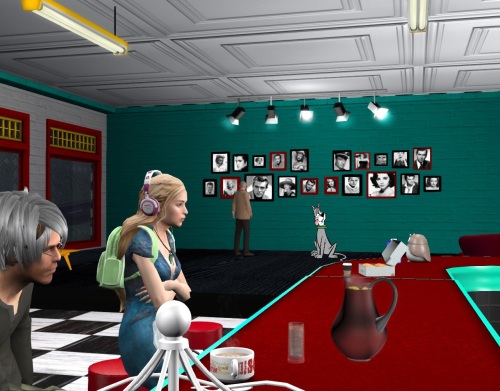 “True,” agreed Keith B. “He can’t just leave us hanging in mid air about that whale.”

“Hey!” Kate McCoy called over to The Man. “We gotta keep moving down the road, to the fork. Else…”

“I know,” The Man replied in his cool, bass voice while still studying, still looking. “All of this will be in vain. But I believe — this man — is wearing — lipstick.” He touches Jimmy’s gray lips with his finger, as if he could swipe them and then check for color. 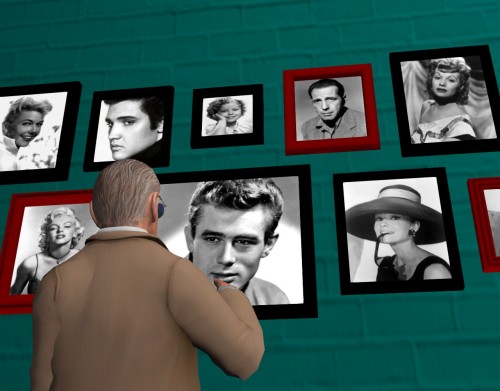