The Musician tries to remember where his studio apartment is in this maze of streets, stairs and alleyways.

Eight, nine… He believes his was 5. 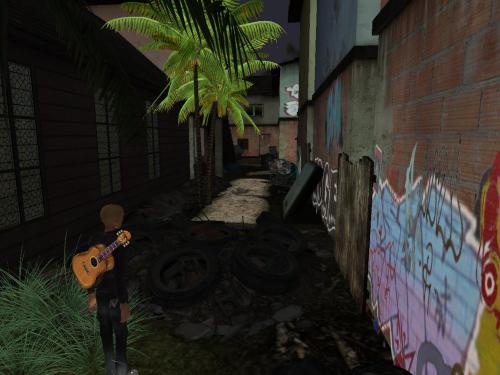 Squalor. He thinks for the thousandth time that he must remove himself from this environment. But he’s been inspired (!). The Musician has some new songs. “Terri,” for one, a love ballad. 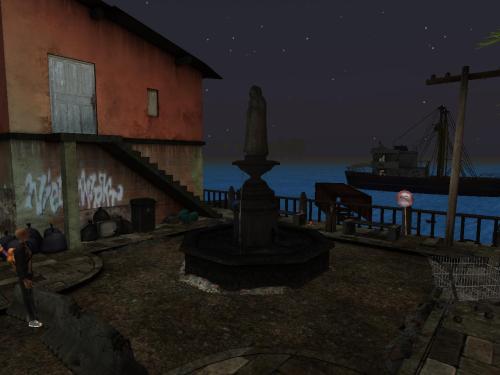 He found it. Down by the harbour.

How’d he get so lucky?

But he’s got his eyes on this 2 story yellow house 2 doors down. The place remains unlocked, and sometimes he and Terri meet here and jam. 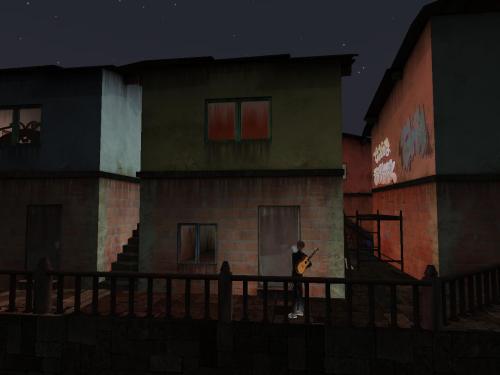 Yesterday he received a telephone call from Wheeler. They caught up. Wheeler said she’s probably heading back to Collagesity in a month or 2, and that some things remain to be tied up in Olde Lapara Towne. He, in turn, tells how he got to Gaston from VHC City. It was pleasant talking to her again. Afterwards he thought of the good times back in their Safe Plaza, where they first met up. The Ear Bar. Yes…

He looks for the landmark. Takes him a while… 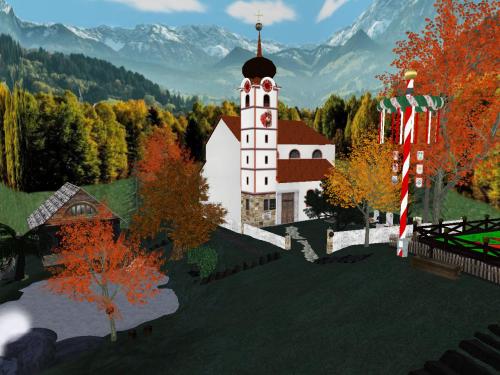 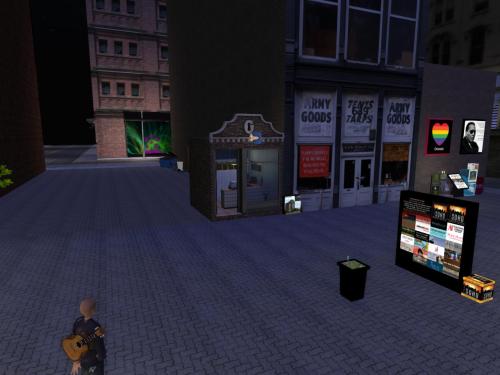 There it is. The Musician almost forgot how to find it. 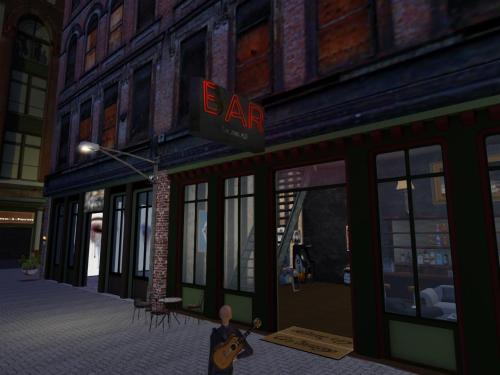 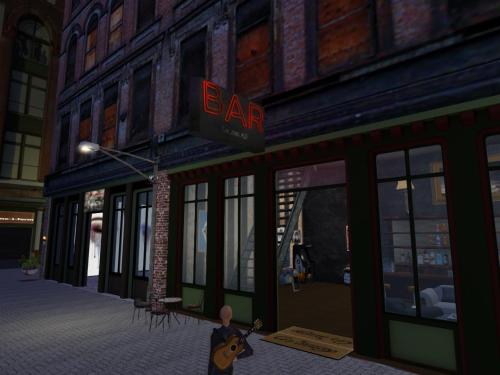 “Howdy Percolator,” The Musician calls toward the bar counter. Percolator is a sentient clown machine. 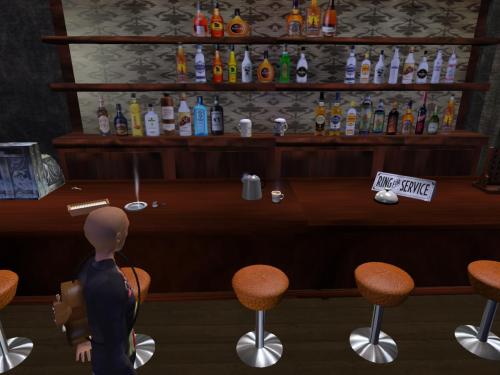 The red doors across the way were no longer locked. Underground open to all. No OD needed!

He could still stay here. Crash on the upper floor’s couch just like old times.

But there was Terri to think about now. He imagines him sitting in the chair next to the couch, his twin sister Chroma illuminated in the background. 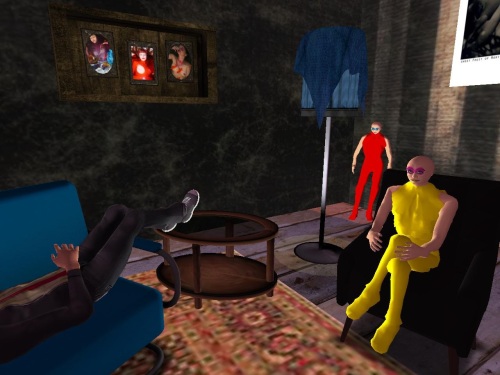 Chroma wishes to be a mathematician, but is limited because she only likes group theory. “0 1 4 9 4 1”, she might randomly say. He can’t recall any other of her rows right off. Chroma’s graphs she calls them in total. She’s red for a reason.

One response to “Gaston Terri”