The next day brought a visit from their good friend Tony Tiger, who travels the moon from side to side instead of up and down, like Jack and Bendy. These so-called “Sidewinders” have numbered only 3 as far as Jack could determine. There’s Tony, Jim The Eel, and, um, Nectar, who no one likes to talk about because of that terrible day they all had to watch him float off into space, never to be heard from again. Trampolines were never seen on the moon after that day as well, as Jack ripped apart the only known one piece by piece with his bare hands.

Among the two groups of moon travelers — horizontal and vertical — Bendy and Tony were especially close. Both were pets, for one thing, although Tony liked his master while Bendy did not (if you count both John Lockfry and Dr. Mulholland as one master, as Bendy started doing a while back when speaking to Tony and others). Tony talked endlessly about Lisa, and Bendy listened in rapt amazement. “She’s offered to send me to to college next year since my grades were so high among my class,” said Tony to Bendy this time in a new wrinkle. “Ringling Brothers school in the Earth state of Florida. But I had to turn her down. I’d miss *you guys* too much. And Lily. All the things I love about the moon.” Despite the differences in treatment, Tony, like Bendy, craved freedom in his heart, and escaped from his own master-pet existence back to the moon when possible. He entered through a portal and not a leap, however.

The below snapshot finds Tony and Bendy playing chase while number crunching Jack keeps a watchful eye on them from his shed to make sure things don’t get too roughhouse. 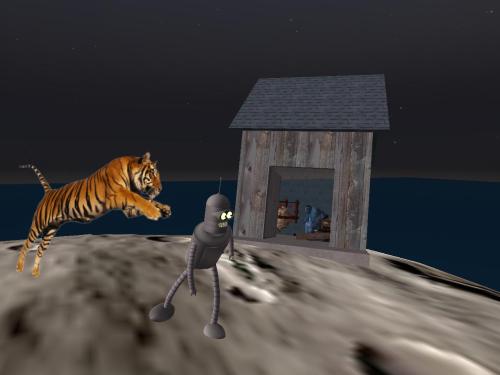 Afterwards, Tony gives Bendy more tips on his golf swing while Molly and Jack look on. Bendy dreams about turning the whole moon into a 6 hole golf course. Now all they need are some clubs, and a ball that won’t fly off the low gravity world when you hit it any sort of distance. 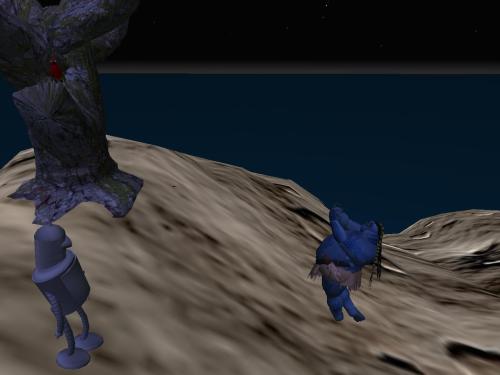 Jack gives it a swing. 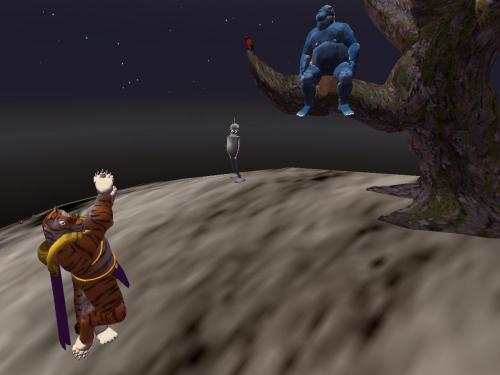 Tony, who has the ability to turn anthropomorphic when needed, shows them how it’s done. 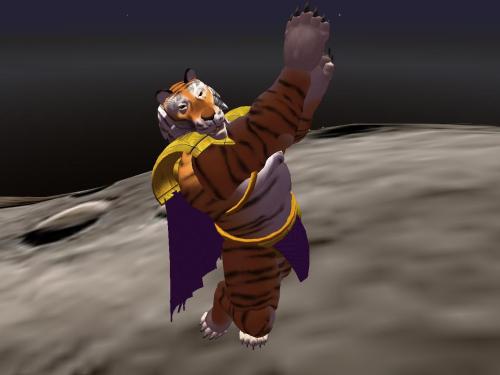