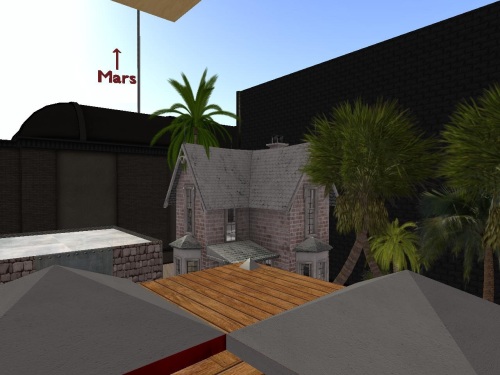 Martian Mabel so desired to remain Queen of Collagesity on “Earth”, but she knew she had other responsibilities for now. New Island would stay an always perceived/felt aberration, to her and others, unless she came here and helped resolve the whole situation. This morning she invited closest confidant and former Mission resident Turchin McGurchin over for counsel; her right hand man in many ways. The Mission project had been aborted and Precious Snowflake’s Rainbow Sphere files moved to a safer location. 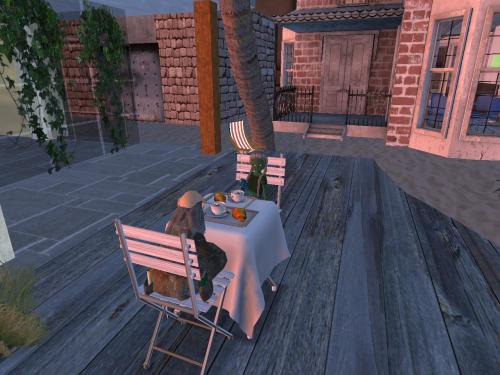 Turchin McGurchin tears off another piece of his cheese croissant and gobbles it up quickly, like someone else would do it for him if he didn’t act fast. Mission training in effect here. “Roger is useless,” he then says, mouth still full and chewing away at too big a chunk for its space. “Our joint user Baker B. had to move the whole Sunklands operation from Ink, Arkansas to Ink, Missouri because of him, but to no avail. He tried pushing him into the big sink there — no good again. He unwisely gave away a server to Sunklands Ink in Marked Tree, Arkansas and now needs it back. The Reality Module of the blog is currently inoperable. Not even Dr. I.C. Yourinsides can help.”

“But we’ll need her later.” Mable pauses, looks over at Annie’s nudes displayed in Swanson’s Art Gallery next door to her right. Turchin follows her stare. “We’ll have to cut them out of the picture.”

“Which one?” the grizzly old man ponders. “You mean Annie’s pictures as a whole? You mean the *bits*?”