trying to be “good”

Core-Alena had had enough. “This will *not* do,” she-he exclaimed, almost up to his-her gills in snow re-terraformed from “default” by the owners of the new house over there. Yes, more avatars have moved into Purden, further distancing the sim from the pristine forest it once was. Core-Alena decides he-she simply must become Mobile again. 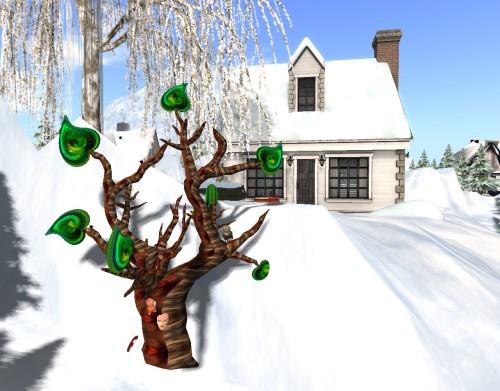 Before changing over, she-he tests out the other “purd” sims.

Purdue University Calumet: not bad; a small forest of relative compatriots. He-she listens in on their chatty banter. The tree next to her-him complains of crowding. Time to move on, although he-she can revisit here. 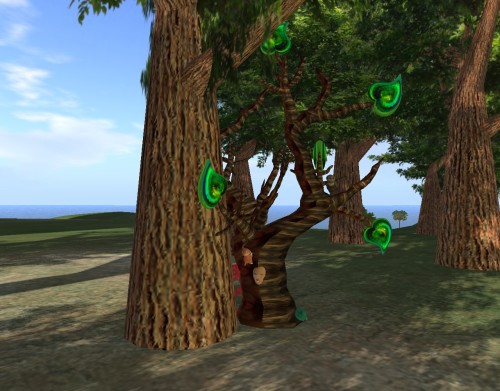 Then Purdy was kind of interesting but not enough to linger. At least today. I want to be purdy, Core-Alena thinks after teleporting in. And so she-he will have that option… in a more human way, that is. 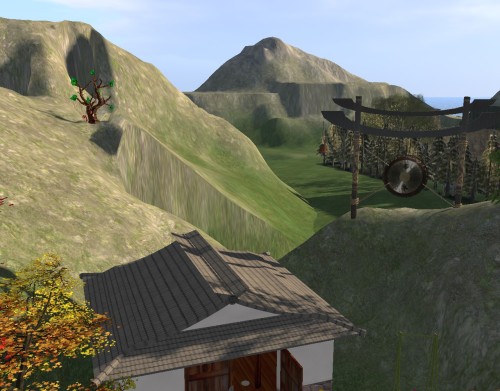 So that’s all the “purd” sims. His-her vertical travels have ended. Time for horizontal. Time to step out of the ground and into the air again.

First things first, she-he thinks upon changing over into the gun totting form he-she had last year. Kill the people in this house for causing her-him so much trouble.

Lucky for them they weren’t home. Core-Alena then moved on and forgot about his-her initial, cold blooded plan. She-he had bigger fish to fry. Purden Castle.

He-she ditched her-his weaponized self again halfway up the steep mountain. “More traction this way,” he-she purred, at one with the small engine. 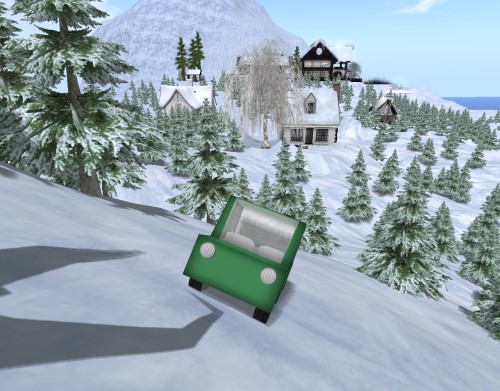 The lust for killing went away with the transformation. Why am I here in the first place? she-he wondered neutrally at the top, just over the line in Cloudmont now. Dragon? 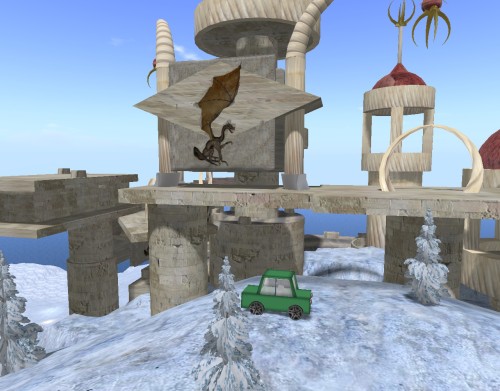 Inspired by the castle, he-she changed again. To a he. Apparently “purdy” will have to wait.