He thought he’d do some ice fishing while he was here, a favorite pastime from way back when he was a kid. He’s looking for his wayward brother Benny Right Horn, true, but nothing in the royal decree said he couldn’t turn the assignment into a kind of vacation as well, get a little feel for the local culture and habits. Plus he just loved that giant live oak over there on the peninsula. He’d been coming every day here since he arrived 3 days back. Finally he caved: ice fishing it is. If his mother (the Heart Queen) found out so be it. Benny was probably long gone from here anyway, his brother Jer Left Horn rationalized. Into the caves and out into another dimension.

Jer was not yet prepared to enter the End of Time cave system himself. He was still gathering intel from the locals. People disappeared. *Groups* disappeared. Children — old people. The cave didn’t discriminate due to age. Some pin responsibility on the cats also known to inhabit the caves; say they use a different set of tunnels to surprise and capture visitors. He needed to find one of those cats, attempt to communicate with them if possible. His great great grandmother was part cat on her father’s side. Maybe he could use that bit of shared heritage as leverage. Start up some kind of conversation. Ideally the contactee would be at least somewhat invested in genealogy, then. But he’d also heard of cats with human qualities, hmm. That could lead to — no, he promised his mother he’d set aside his promiscuous ways in this quest. Always the distraction for you, she called him out.

He couldn’t help himself, though. He had an eye on a girl who always sat at the same table beside the canal in the village. Today was the day to make a move, he thought while trying to spot any fish swimming below the ice.  Maybe this pond was devoid of them? He’d been here 2 hours. No bites yet. Time to move on to bigger fish. In the village…. 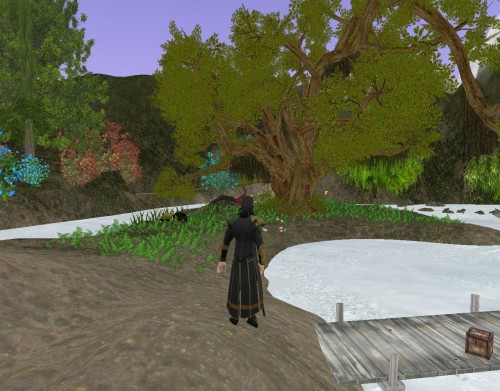