Still engrossed in the red book after she was relieved of her lunch duties, Pink ran right smack into the rump of Ms. Crumplebottom at the corner of two streets. 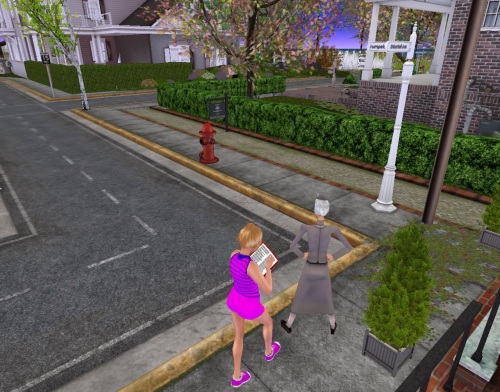 “Lordy child!” the elderly schoolteacher exclaimed, then crossed herself and ran home to take a 120 degree shower, then turned the other way and took another. “1 year to retirement,” she complained while sudsing her hair a second time. “And that girl is trying to put me in an early grave!”

But then while drying she remembered the Corona-V wasn’t catching, it was just a catchy drink super popular in town right now. No one could go to church, read the proper, starless black book, and had substituted red for black, like Marty’s most recent hair color. 1975. A good year for Mars, and Venus along with it. Stars in general. Crumplebottom just had a bleed through experience, as if from another dimension (which it was). But at least she was super clean for her date with Bazooka Ferguson tonight, father of the local sheriff Tank Ferguson, the one that would later arrest — well, we jump too far ahead again.

But I think we’ve eliminated Ms. Crumplebottom as the bookstore owner, since she seems to be a local teacher instead. Don’t think you can be two in one, or at least go on dates, since you’d be working all the time. I think it has to be Olive. Maybe another poll is in order, alternate realities at stake and such.

Meanwhile, within the brownstone apartment Pink just ran into Crumplebottom outside of, Bazooka Ferguson lamented the fact that he had to warm up to the school teacher with Olive. “It’s okay,” she comforted after the fact. “You didn’t go all the way through so it isn’t cheating.” She looked in his eyes for understanding. “Is it.” 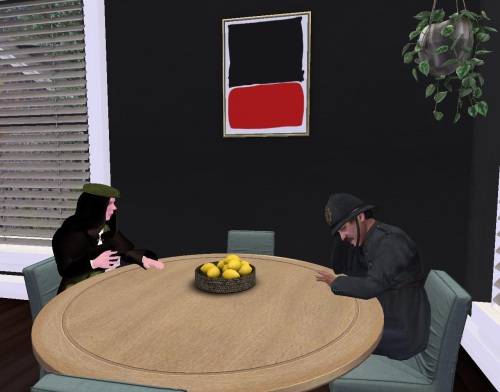 “Now take off that old uniform and get ready for your date.”

She didn’t want to be a celebrity, at least like this. 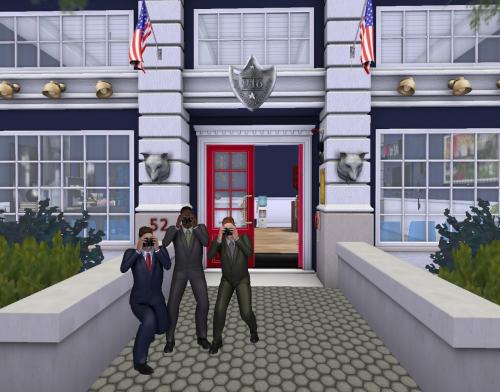 The pressed followed her around like a pack of wolves, hounding her ’round every corner. 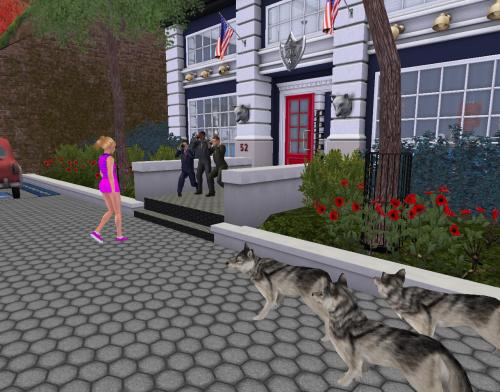 But that was far in the future. In the here and now of Storybrook (*not* Storybook), she was just a nobody, a local kid with a knack for smack — smacking around drums. People around her saw it as a hobbie not a profession. Sure Led Zeppelin, The Who made some money off gigs. But, looky, people would say, their drummers are both dead! You don’t wanna end up like them — do you?

She thought about giving up drums for the most part and taking up photography, like her new friend Frankie. Not *quite* close enough yet to earn a colorful nickname, but they’d been joking around lately it could be Beige. So it’s around. But what of SEAN “Green” Penn and Olive, the ones that had earned color so far? Completing his transformation, SEAN had moved into the green house over at the beginning of Arnold Lane, now covered up by sand and only known about through maps. Olive, I think, might run the local bookstore. Unless it’s Ms. Crumplebottom. We better go check…

Pink was asked to run the store while the owner went to get some lunch. Who could it be? 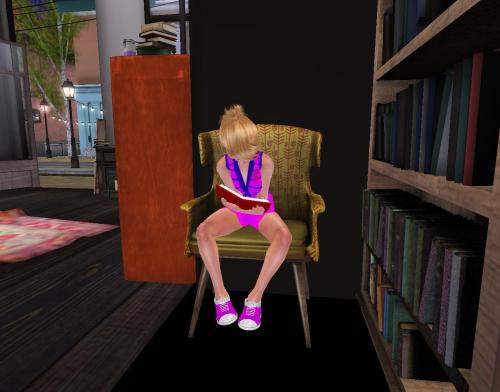 She’d started reading the red book that everyone in town was talking about, especially since the Corona-V beer became such a popular take-out order at the local bar. “6 feet, 6 feet!” everyone ordered about the distance between themselves and others, because no one wanted anyone else to know how much they’d been drinking. You could smell the Corona-V for 3, 4, 5 feet. But 6 seemed like a naturally agreed upon distance where the smell dissipated and everyone became the same again, subtract other obvious physical characteristics of a drunk. But that was the thing. You couldn’t *tell* just by looking at people if they’d been imbibing the toxic drink. “Oh Sam over there in the grocery store has been chugging them down,” Ms. Snippet, one of the town’s many gossips, might say. But really the only way that you could tell is by smelling their breath, if you didn’t see them down the brewskies personally.

Still waiting for the owner to show back up…