MAT pats her hand. “There there.” It’s something she did a lot for Jeffrey, especially when he woke up after one of his weird dreams. The memory makes her cry even more. We better postpone the post about her chat with MAT for another day.

Oh wait, she’s finished. She looks up, stares into MAT’s eyes. “I’m better (*sniff*). Yes,” she nods. “Better.” More nodding, like a bobble-head winding down. MAT withdraws his hand from hers, sensing he needs to do that. It starts wheels turning in Charlene’s head, though — the subtle pause. Was MAT interested in her? So soon after Jeffrey’s demise? How dare he! But maybe she’s just imagining it. She stares into his eyes. Very intelligent, yes, but very unformed. What would be a better word? Unfocused. *Fuzzy*. Blurred even, but perhaps that’s because of the remaining water in her eyes. She wipes them, looks again. Still a bit blurred, still a bit fuzzy. This was on MAT. How is he going to run a whole 1/8th sim town like that? she asks herself.

“How’s… (*small sniff*) Collagesity managing? I (*smaller sniff*) imagine the paperwork is piling up even higher than before, foot by foot.”

“One foot after another,” MAT recites, thinking back to leaving the subway and heading here. Spunky’s coffee bar, bought by Charlene the Punk from Rochelle the Spy in the Summer of ’98, which would be just last year, NWES Time Zone. She’d done a great job with it. “Money’s not great,” she admitted to Jeffrey Phillips just the week before last Wednesday’s Tuesday or thereabouts. So soon was he taken from us! “Come with me,” he then beckoned. “Come to Collagesity.” Oh, she was there some nights, and it always seemed the ones where he had those weird dreams. About this place called Pickleland, for example. Danny as a time traveling super scientist, ha! He can barely plunge a commode. Okay, he’s actually a pretty good janitor, Charlene admitted in her mind.

Man About Time had nodded off while Charlene thought about other stuff. He too was dreaming about Pickleland, and being in control again, fuzzy no more. Grandma loves him best of all, he knows, up there on the 7th level or whatever. Maybe 8th. But way up high, so no one could reach her. But him.

We began again the next day… 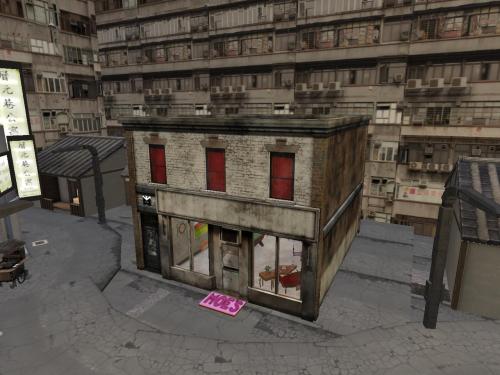 “It’s Plan 2, Stumpy,” spoke Man About Time within Moe’s Bar over at NWES City. He’s decided to leave this footprint in the town; keep paying rent on it. “Black Ice is kaput.”

“Yeah, I know,” replies Stumpy the formerly headless bartender, hired only after he promised to get one. “We’ll have to think of ‘what ifs’ on that one.”

“What if…” MAT starts, “… I was recognized for being a world renowned artist.”

“What if…” Stumpy chips in, getting into the game himself, “… I remained headless and could still balance red wine and blue pot correctly.”

“What if… I were actually dead instead of alive.”

“What if… Charlene were actually my girl instead of Jeffrey Phillips’.” MAT pauses here; Stumpy takes a good gander at him. “Because, you know, he’s dead and all.”

“Maybe *we’re* dead,” Stumpy doubles down. Were they still playing the game? “Do you, er, fancy her, Man About Time? You can tell me. I’m your no. 1 bartender after all. Remember, you hired me after I promised to get a head.”

“Ahead in life, yes. Which the job would give you. So: case closed; loop completed. You are here. You have a head.” 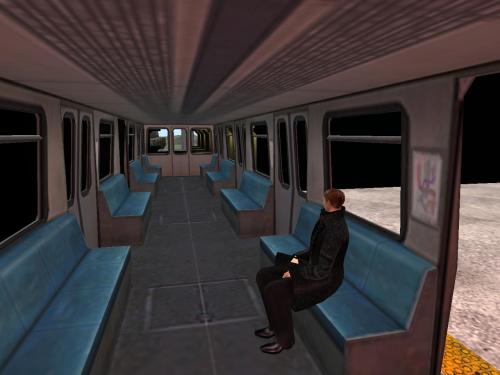 He sits for a while on the subway before he remembers it was never finished. He’ll have to walk. Another “what if,” then. What if… the subway system of town was finished and residents could more easily move from one sim to another. But to Black Ice and continue his pitches which are All Pitch. Maybe he should buy Barry DeBoy’s red baseball cap. Put it on backwards so he can tell the two apart. “I’m here,” he imagines saying to forward cap wearing Barry across from him on the train. “And you’re there.” But he was facing (transposed) the other way and couldn’t even see him. Reminds me of a certain Tiger we’ve viewed recently. Barry, I mean, MAT sits alone again. Then gets up. Because of the whole nonfunctioning part of the subway. He’ll have to walk to Black Ice. Surely he remembers how to walk — yes, one foot then another then another. Feets get moving!