If we could just recreate the original crime scene. Pigeon roosting on ass; Amanda Stoorm placing an ultra important call to Buster Damm. 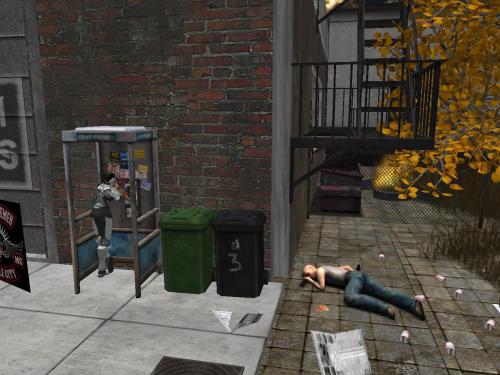 Call? Looks like we just did. Duncan Avocado brings it home. 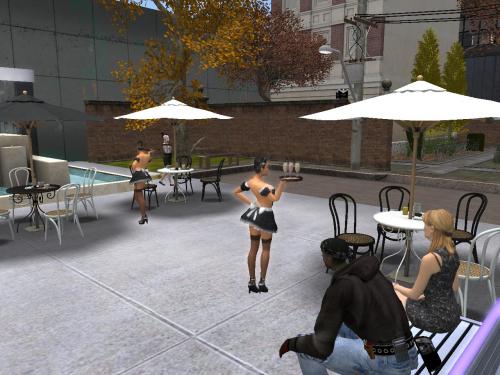 “I knew you’d be here, Ginger. Because of the face replacement clinic and all.”

“500 lindens for a whole new look. Worth every penny!”

“Yes, you look great, you look fantastic.” Could Duncan date a high class white chick like this and get away with it in this town, this place in the center of it all? It would be controversial. Maybe *he* should get an operation. He knows a certain Dr. of Mouse who might be able to help. He ponders the outcome, black to white. But is he running away from his heritage because of that? He’s *tired* of being discriminated upon, but he’s in the same boat with the rest of his color. He can’t date fair, red haired Wendy down at Mac’s Diner either for the same reason, that damn white racist rat Pansy watching over it all. If only he could get rid of the Pooping Pigeon franchise, maybe create a reality where Wendy branches out on her on, dumps the hot dog angle, and goes all in for burger. Pure Angus beef; not those ridiculous fillers for the dog like lips and genitalia, even if that isn’t quite true. People could be trained to *think* that.

And that’s what he decided that day in the late of May or early June or whatever. Kill the Hot Dog, stick a pigeon on its rump and call it done. Killer Andrea Stoorm, trained in the Death Star battalions, knew what to do, Buster guiding her and then Buster telling Duncan what actually happened. “We manipulated probabilities in that Middletown alley that day in early May.” “June,” I corrected, but understood it all now. There was only one actual killing, the other 5 being deflections or subterfuge. Although it still thrived in other realities, in this one the Pooping Pigeon was over almost before it started, with Pansy behind a bar instead.

“What’ll it be Duncan, my man?” Always the “man” for the black dude, he observed. But at least he still played his old music here. 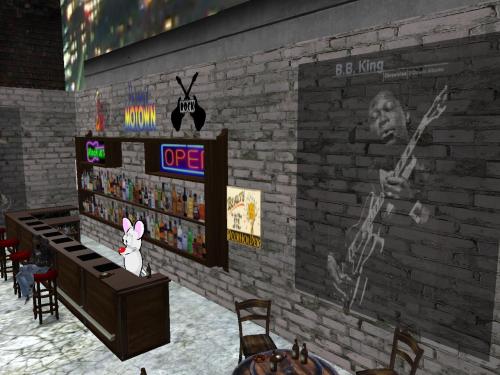 Andrea Stoorm (killer) and Duncan Avocado had a followup meeting to their first at Jim’s-later-Cory’s Club but it didn’t go so well. Multiple theories were tossed around with none settled on. Blue and red remain confused and muddled.

“I have to split this damn dopple town,” thought Mary Ricardo, walking away from it all. Dopple on dopple!

Unseen Alysha knew more than she let on.

She heard the alley whispers.