She lay on an inflatable slice of pizza in what was once the Monkey City sewer system, staring at her remnant home in the area. She should go with the rest of the characters back to Maebaleia, pull up stakes here on this Nautilus continent. She knew that. She’d been banned from basically half the old Monkey City sim already (!). But more was at stakes. Not vampires (she reads my mind), but something else. Not sand castles and the ability to blow up from small to really tall, although that will play a role later.

Her energy had run low from the paddling, thus the “reversion” to witch form. She remembers — Paper Soap. The pizza “squeaks” unpleasantly as she shifts her weight on it with the thought. But she has her revenge. 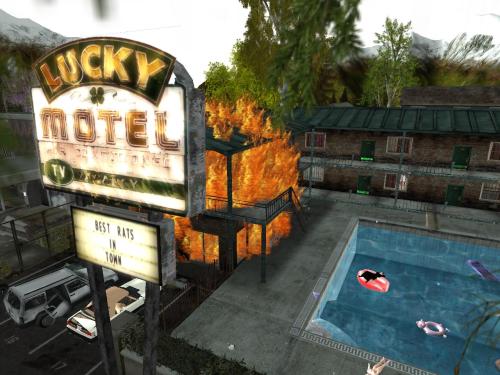