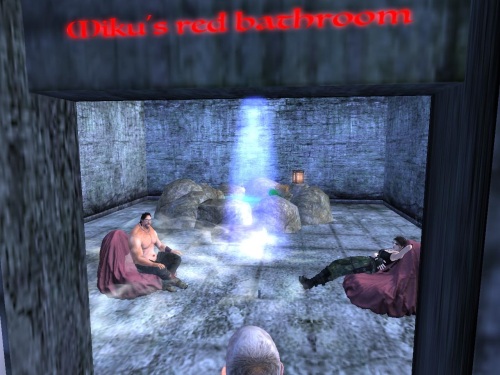 The door to the place in the sewer was open, unlike before. Roberts sat on one of the reddish chairs within, facing another. Franklin? If John L. Brown is such, and perhaps he is. He got Jem high as a kite with the Duck dope over in Ontario to save or at least extend her short simulacrum life, and everyone knows *Benjamin* Franklin is an expert kite flyer, perhaps a drug user himself? Firesign Theatre seems to think so, at least in one strong probable reality. And besides, John’s already called himself Benjamin Franklin for just those very reasons in part 01. So there’s that.

Or Franklin could actually be Johnny Black who just arrived, since namesake Johnny Cash, Man in Black, was famously married in Franklin KY to June Carter in 1968 after getting his license over the line in Tennessee, probably passing through Black Jack south of Franklin in the effort, shared between the two states — yet another black then. And a separate community named Black Jack exists just to the north of Franklin, firmly in Kentucky in its case. Speaking of cases, pilot Thomas Mantell was born in this same Franklin and very mysteriously plummeted to his death just outside the small KY town in ’48 while chasing what he and others identified as a bonafide UFO, very near Black Jack and the Tennessee line again, even though he lived in a different part of the state at the time.  So he is another aspect of Franklin definitely, representing the uroboros where cradle links up and even eats grave, causing a perpetual loop. 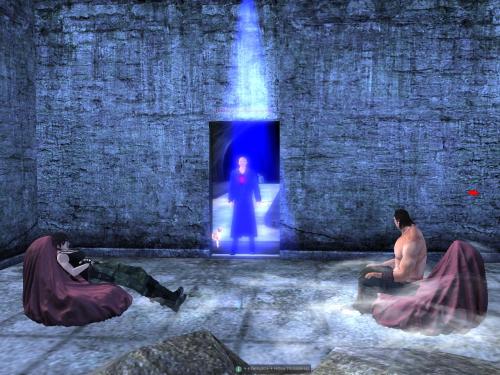 Roberts invited Johnny Black in, seeing him space out thinking about some of these same associations. John L. Brown then waved high as well. Appropriate. Someone was also in the pool ahead of him, although he couldn’t tell what or who. Perhaps green? Oh, and when he made his way inside and stood between them, he was standing right smack dab in the middle of what townspeople called The Anomaly, thought to be gotten rid of. Nope. Just showed up in a different place and a slightly different form. 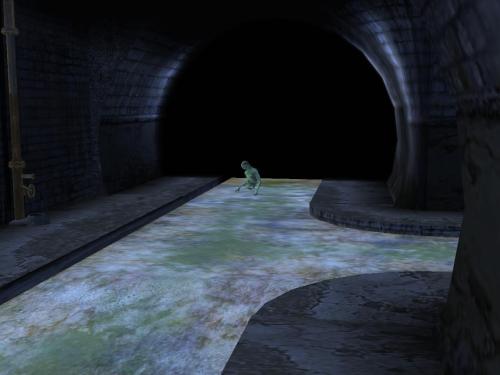 One thing we know is that the green thing in the pool *isn’t* Norris, who is instead dead behind swifter Johnny in the sewer, victim of a zombie attack it appears or something. We wish him well in the afterlife. 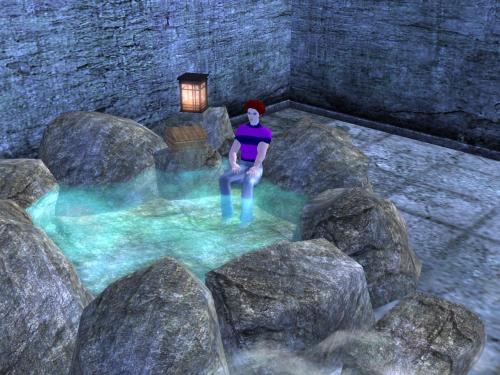 Oh look. It *was* Norris in the pool — *just* formed. Another Franklin! And perhaps the truest one.