“Oh it smells *awful*, Buster,” Duncan spoke about the green pocketbook mounted in a display case on the side of the newstand. “Nothing new in there atall. Something *old*, and rotten. Smells like rancid sauerkraut to me, maybe mix in a little mustard. Can you imagine? My hands are turning redder just thinking about it. I need to amscray outta here! (reply/order). Red it is (*click*).” Duncan will have to stay a spell longer. TILE is strong here in Slaashsides-soon-to-be-part-of-Middletown, Buster believes. Continuing his pained face beyond the odor, he walks toward the subway, intending to turn himself in to Officer Davis Jefferson and his pseudo-supervisor Martha Wiggins for the murder of Hot Dog, then spill his confession at the merged jailhouse and mental institution later on. It’s the only way he can get the inside scoop. He purposefully bumps against Cory on the way down, one with the mother now. “Happy, bud?”, he asks sarcastically as he spots Jefferson and Wiggins at the bottom of a long long flight of stairs. 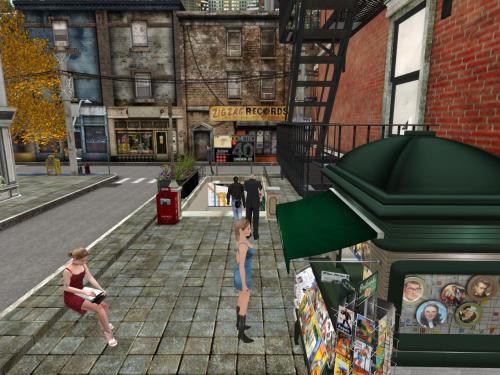 “We found a dogg, Police Chief Vice Chancellor Inspector Martha Wiggins. But *not* in *this* Lyfe.”