We start at the Plateau of Raw Art and pictures from the improvised skateboard rink up there. The art has progressed since we last stopped by fall 2015. LINK 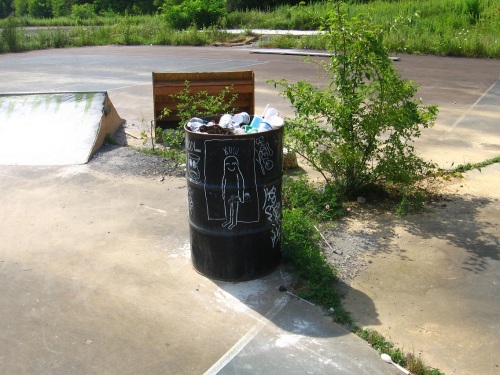 Is this ghost-like image a Boo? Remember how Boos were depicted in a number of my collages (Boos series) created just after the Bigfoot fall happening? This must be Boone the Boo. 🙂 Dan’l? Why is he examining his hand which forms a peace sign? Is it too late for peace? And what of the vampire fangs? Does it represent the emotional darkness of the larger city depicted behind him or her? A city much too large to be Blue Mountain, I might add. 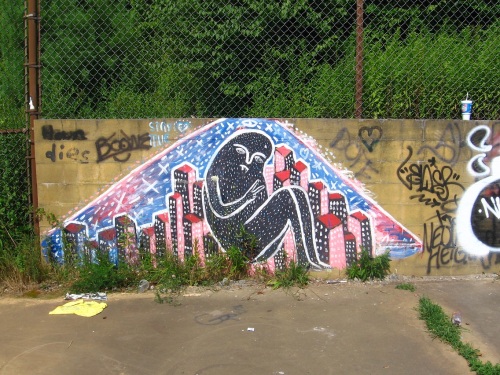 There’s also some quite nice realistic graffiti at the park…

… but I personally prefer the more symbolic stuff, like this… 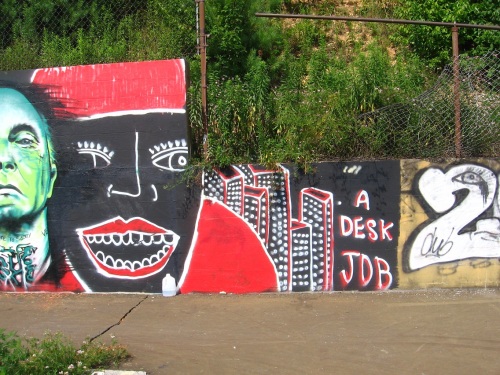 A failed attempt at realism? The failure, if so, tells a story as well.

Fallen chain link fence. The park has a nice vibe to it. Safe. Urbanesque but not too much so. A small, safe skateboard rink for a small, safe town. I don’t feel threatened by its presence. 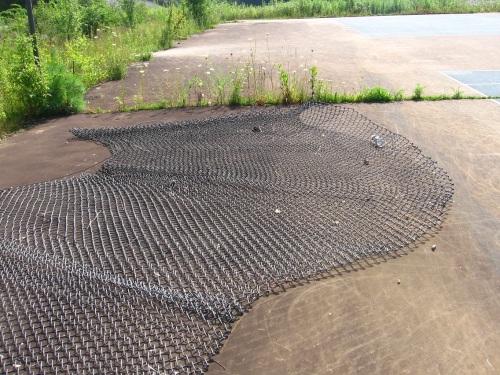 Circle of wholeness. I could actually unscrew this 4 piece baby and take it down into Bigfoot, but would it be a good fit there? What other junk could the Plateau of Raw Art provide for Bigfoot happenings? Have I about gathered all that’s possible? 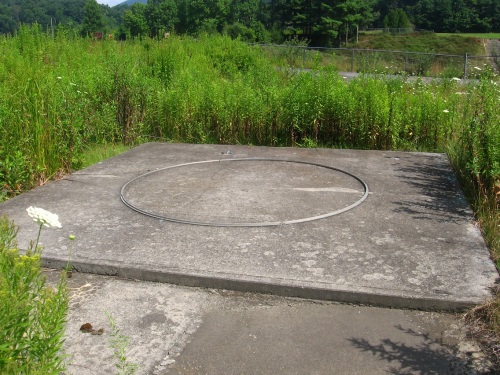