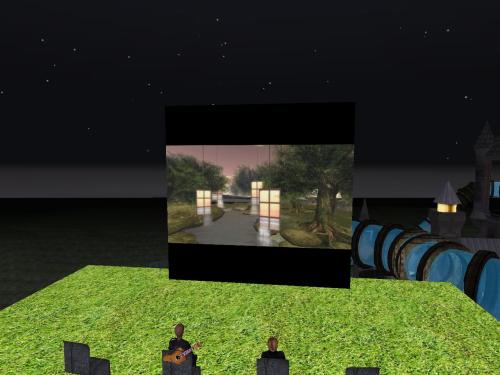 Back in Collagesity, The Musician persuades Wheeler (a.k.a. The Painter) to watch a longer Youtube film by SL resident Zarrakan about the LEA 11 “Glass Jars” installation. To Wheeler’s mild irritation, he then creates a running dialog with the film, stating how the two examinations of the sim differ and how he did things better overall. Afterwards, Wheeler wishes to watch another suggested Zarrakan film about wrestling, one of her numerous physical passions, right up there with dance and exercise. The Musician waves this off, however, saying at one and 1/2 hours that particular video is too long, and states they should instead view a short animation that acted as partial inspiration for “Glass Jars” entitled “The House of Small Cubes”. Wheeler relents (my how she’s softened because of the most recent Assimilation!). She understands that continued development of The Musician is very important. Besides… well, never mind that right now.

Back in VHC Town, The Musician gives “The Painter” back her time. 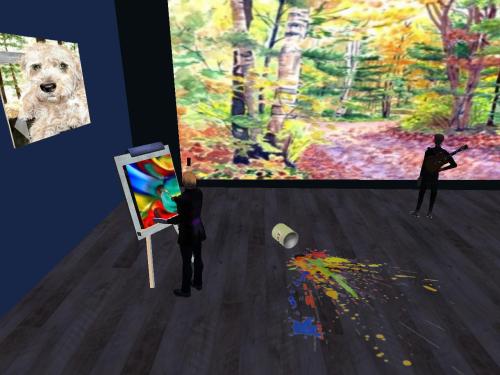