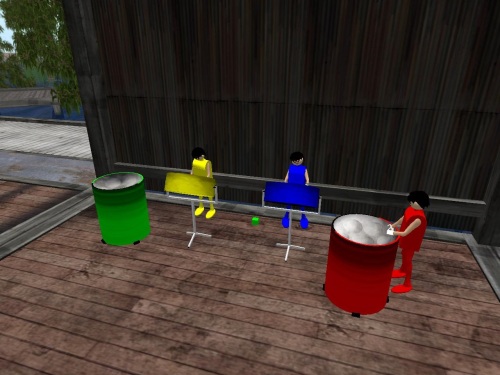 Bill (Wheeler) spoke over the loud, synchronized drumming. “These guys are nice, Grassy, but I feel something is missing. Why don’t you go up and join them! You played a mean bass steel pan in your college days, didn’t you? The Merrymen wasn’t it?” 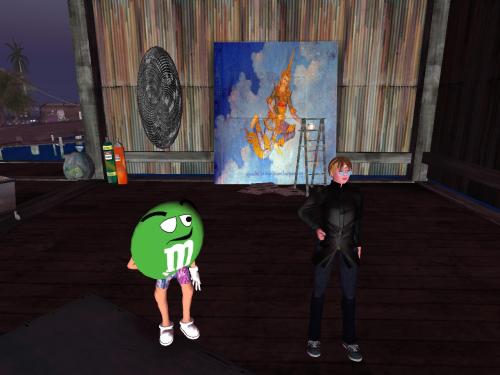 “We *emulated* The Merrymen,” the Mmmmmm Grassy clarified. “Played a lot of their songs. But Calypso and the Carribean are far back in the rear view mirror now.” He sighed. “We better head over and meet Catvas I and Catvas II for bridge.  I’m afraid that’ll have to do for our synchronized quartet tonight, ha.”

“Catvas I always smells of bird,” Bill complains. “And Catvas II of fish.”

“You smell of lion,” Grassy continued the grousing. “And I smell of, um, sodden earth? Haystacks?” He looks down at his white, sneakered feet. “Haven’t quite pinned it down.”

“We’ll get to Montana and then we’ll know.” Bill leaned in closer and lowered her voice. “Got any more of that wacky weed on ya? I brought some tweezers.”

“Then I’ve got the pony, hehe. We’ll figure out the rest later.”

Bill carefully laid down the now empty tweezers on the seating. “Ahh. Life is good, Grassy. Grass. But all this reminds me.” She waves her arm around to indicate. “I really should get back to that chess game with Ellen.”

“I wonder what the Catvases did tonight in our stead?”

One response to “zircon”