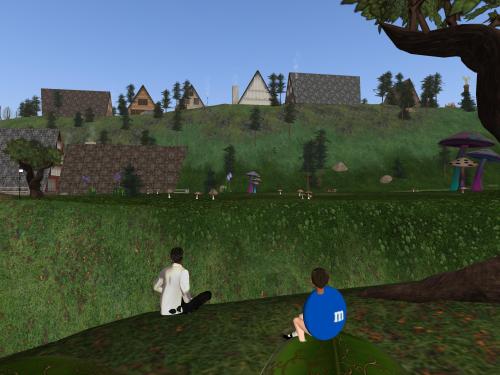 “So you see Campbell O’Pine. Here at the edge of Misacs, for instance, we also have the beginning of the end of Our Second Lyfe. That gain in elevation over there in, let’s see (Sidechick checks his inworld map), Bushchat, is more than just that. It gives us perspective upon the basically flat 8×8 of the themed house regions preceding it, The Perfection. With the essentially endless repetition of these houses beyond, the Linden peoples are drilling in the message that Our Second Life is not the be all end all of virtual reality. More is around the bend. And that’s where the Corrigan statues come into play, especially the Queen’s. Are you ready?”

“Let me go find her and then I’ll teleport you over.” 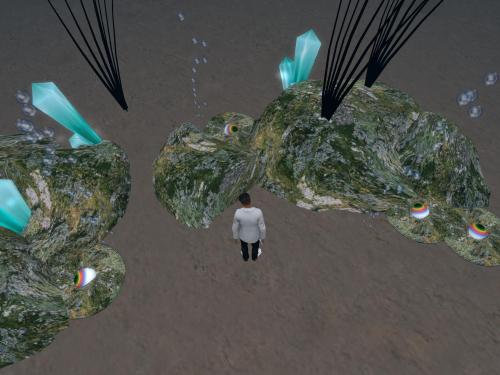 It takes a little bit for Sidechick Corea to come across the Corrigan Queen. He first stumbles upon the multicolored iris eyes originally noted by core avatar Baker Bloch over 8 years ago. 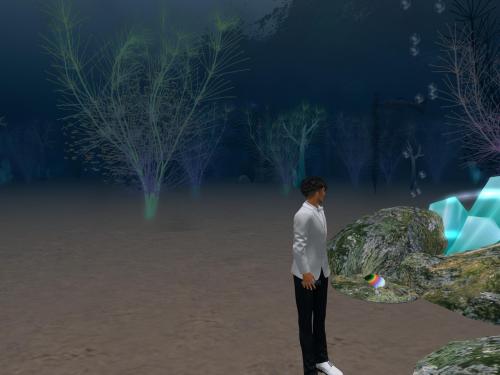 He then spots the Queen behind him. “I’ll just teleport Campbell over now so that he can walk with me toward her.” 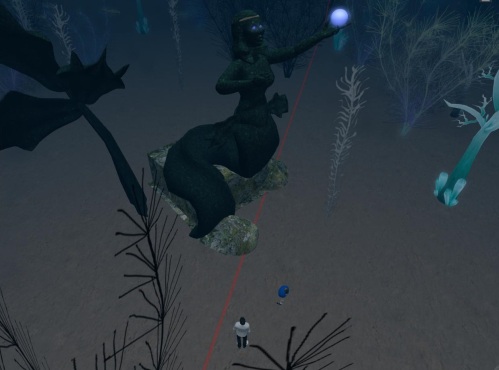 “It’s fascinating, Campbell. The body of the Queen lies in Pixy but her arm and the blueish orb she holds extends over into Corrigan. But we call her the Corrigan Queen because of all the other stuff in that sim, like the eyes you just saw.”

“And then the flat Queen. Is that the proper way to put it?”

“Good enough. But I want you to think about that blue orb almost direct above your head. In fact, let’s just fly up there to take a closer look.” 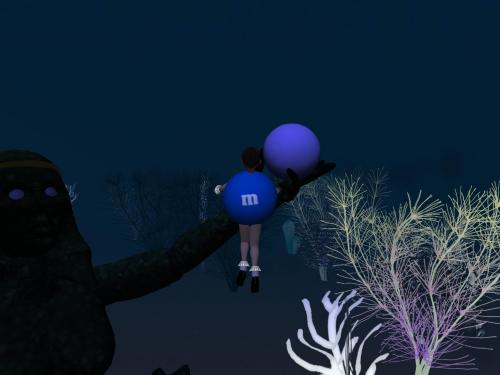 “Remarkable, Campbell O’Pine. Ellen is right. I think this orb *has* to be you in some form.”