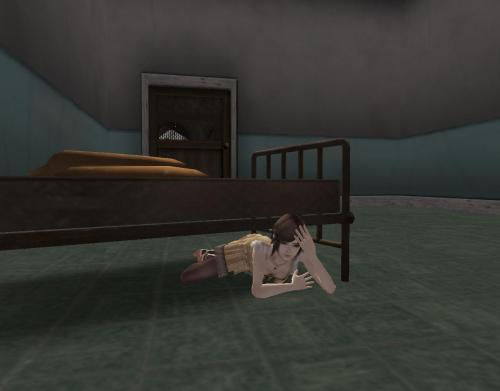 Adelaide crawled around and crawled around, but still was unable to find New Island under this bed. Maybe the others would know more, she realized happily. I haven’t *thought* about asking them yet (!). 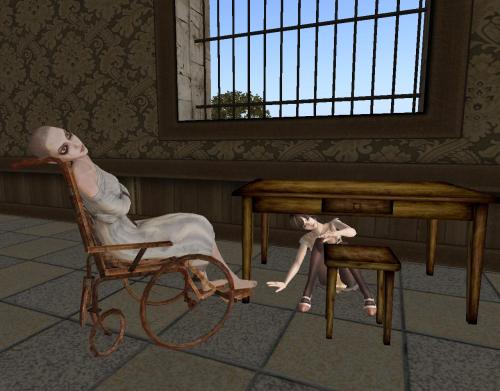 But in truth she had asked the other patients at Baumbeer Mental Hospital in the Tethia sim of Heterocera’s Pond District over and over this same line of questioning: Where is New Island? What happened to my art colony? Where are my *paintings*? She couldn’t face the fact that it was all gone, as if in a poof. Mid Hazel was the culprit. She grew tired of watching energy grow in that direction and put a quick halt to it. The catastrophe. Radiation in a lime green kiln. BOOM! But strangely, no harm to the involved buildings, and, outwardly at least, to the people either. Until they started dropping to the ground 4, 5, 6 days later. Not the people, the *art*. On display no more, and soon to derezz away into nothingness as creative energy continued to be drained. 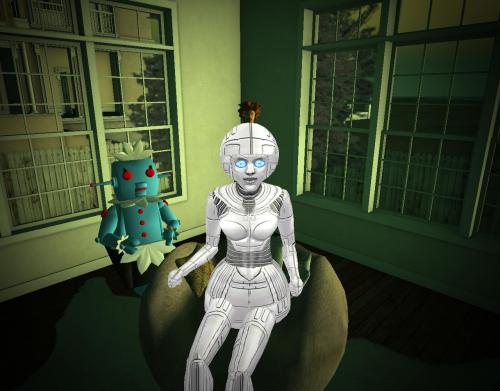 Ground Zero?: the chair that the Tronesisia robot sculpture currently occupies at the Artist Point Interactive gallery, former location of the kiln where sculptress Tennessee Nuffin Butler fired her male parts in. It was a particular Red bit that Mid Hazel had chosen for the nascent seed. And it came from the future and had something to do directly with Bill and cheese. 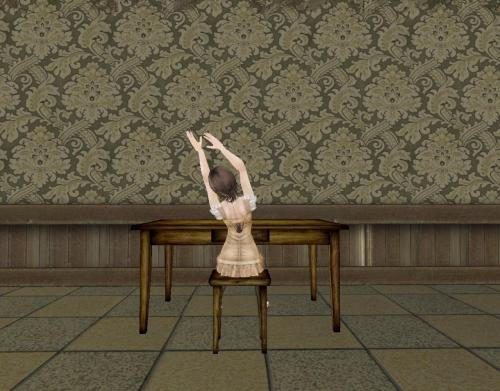 Adelaide waves her hands in the air, trying to decide, once more, which way the wind blows.