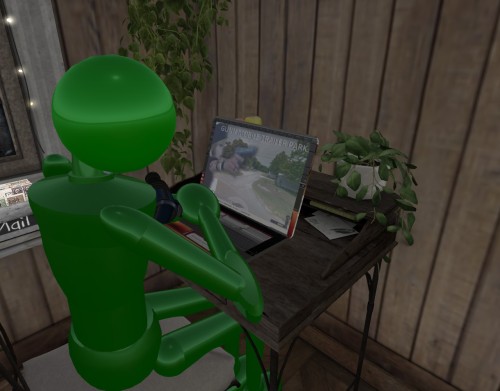 Core-Alena and Daniel Drink sat for a long time without talking, then:

“You must be the tree. I can tell by your glossy green color.”

But Core-Alena hadn’t finished experimenting with shape and remained silent. 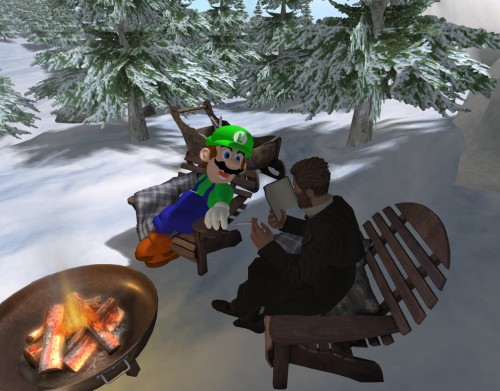 Core-Alena can travel through *centres* (resonance). 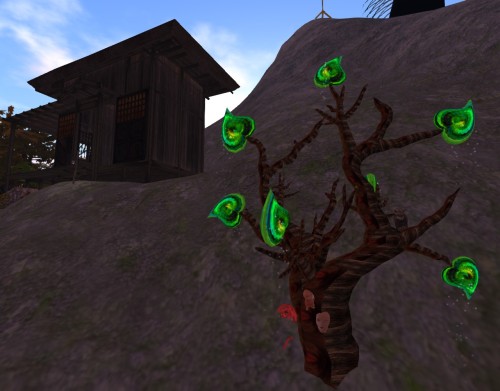 But only for short stints.

Something was different today in evergreen packed Purden.

Settlers. Several precious trees missing. Core-Alena was restless in anticipation of even more.

She-he was being forced to turn into something else. 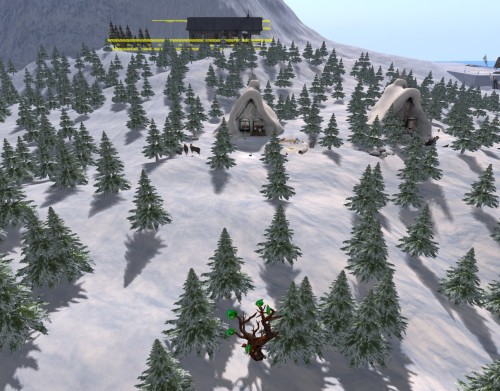 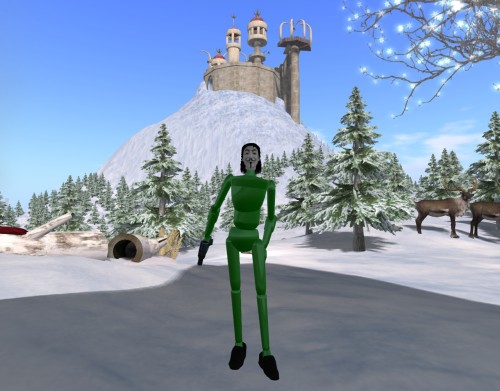 One prominent figure in Kamas folklore history is Thomas Rhoads. According to legend, Indian guides from an area Ute Tribe revealed to Rhoads the location of a gold mine from which he was allowed to take gold to assist in the construction of the Salt Lake Temple. The only condition the Ute guides gave for revealing the location of this mine was that Rhoads agreed not to reveal [it] to any other person. Rhoads adhered to the terms of this agreement until his eventual death from an illness. The “Rhoads Mine” is now considered lost, but its legend survives in several books which have been published on the topic. 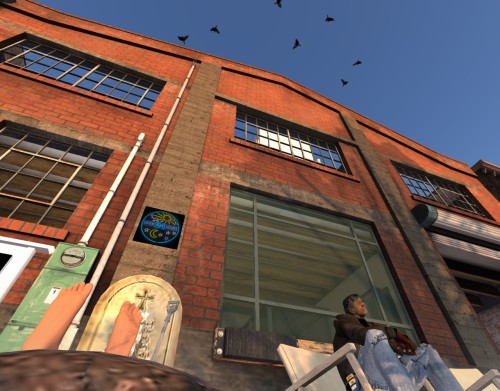 Who was killed or murdered? Duncan pondered from his rocking chair after reading. I suppose it would have to be *this town*.

You were a good friend Baker. Everyone makes mistakes. 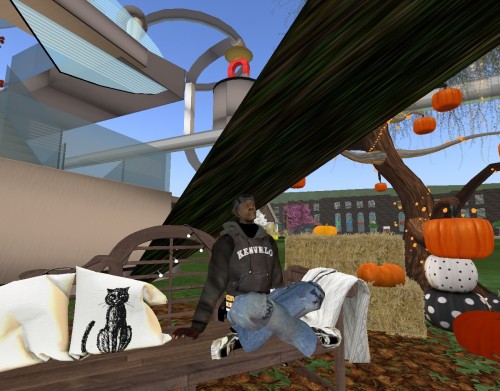 And Duncan was feeling a little stupid because the actual center of the Rhodenwald sim was *not* the pumpkin cart he thought before — and which the owner of the parcel was “hiding” behind when he first met him — but, still, this *orange pumpkin* between a playground fence and the outer wall of that hedge maze also mentioned in the last post. 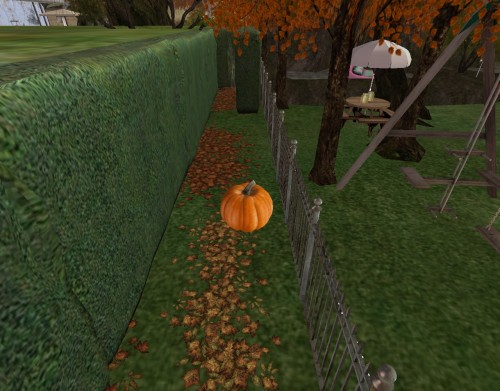 And the green dot representing this person on the map definitely *was* at the center. He thought… maybe he was wrong all along.

But it also seemed a little peculiar that, night of all nights, Duncan finds anomalous plane objects in these particular Rhodenwald parcels owned by Black.

Although they disappear quickly this time.

Let’s back up a bit…

“We didn’t want to tell you about the anomaly quite yet but something or someone is forcing our hand. Happened April 19th of this year. Reported in the community forums — you can read details there.”

Duncan wondered why Sid/Angus Nuffin moved to the table and away from the suave chair beside him he was sitting in to pull up the appropriate interweb pages. Had he finished with it?

“Notice also,” Sid continued, “that whoever took that inworld picture of the map was standing right on the site of the Rhode Gallery, even though the gallery wasn’t yet there at the time; only built a little later. July I believe.”

“Queer,” came Duncan’s simple response. It was all a bit overwhelming, especially adding in the Rhode synchronicities concerning the Meat City-Kamas UT overlap. Hidden mountain treasure? Was that what this was all about? Pot-D as gold seekers? The Diagonal itself as a red herring?

“One more thing for now. Look at the picture before that one on the community forum post.”

Duncan tried but failed. “I– I can’t pull it up,” he admitted, embarrassed.

That’s what we suspected, Sid thought, and had to show him a little later.

Sugar House. The reason they brought Duncan Avocado into the club in the first place.

For his first assignment as an official member of Pot-D, Duncan Avocado was asked to check behind Indigo in investigating the Rhodenwald sim, somehow right across the *road* from Rhode Gallery just to the west. Only sim beginning with “Rhode” besides one called Rhode Islands, which is apparently under construction. Per the usual start of a particular sim investigation, he decided to teleport into its 128/128 center (standard landing point through generic search of any SL sim), but was instead directed to a preset landing point about 16 meters southwest, at the entrance to a Halloween themed maze.

He takes a seat on the bench next to his landing position.

Duncan had no desire to try to solve a maze tonight. From his notes, he knew that Indigo, through her alternate, human self Vanille (who you may remember from the Diagonal Alley scenes in Collagesity novel 10) had already investigated it and found nothing of heightened interest. Duncan was looking for new angles, per designated Pot-D leader Angus Nuffin’s suggestions.

Spying a monorail station not far behind the bench, he decides to take a car ride — Indigo didn’t mention doing this. He whirls around and around a number of Meat City sims before passing through Rhodenwald again and then ending at another station in Baylors Haunt to the south. It was at this point Duncan looked at the inworld map to see exactly where he was, and noticed an avatar at *128/128* Rhodenwald, a place he knew visiting avatars could not directly teleport into now. Thinking back to former synchs involving center of sims, especially the black man who appeared at 128/128 Gaston in, erm, Collagesity novel 7 (prompting the end of that particular story in Sansara’s Snowlands), Duncan decides to go check out this new developement, and spots an antlered, loincloth wearing figure seemingly hiding behind a cart loaded with pumpkins. 128/128: center of sim. *Had* to be there on purpose.

Checking the profile, Duncan saw the avatar was named *Black*, and also had a second life partner named the same. Surnames each. And, in fact, owner of quite a number of parcels in the sim, including the one with the maze and the pumpkin cart. This was the owner… and later Duncan figured out he was signaling offworld to someone. Not him but his mate. But why in this particular spot?

Duncan continued to scan the figure, thinking his user AFK. But, no, the avatar moves from behind the cart and faces Duncan directly. He is aware of his presence for certain. Black man confronts black man.

Duncan had found something.

“So hard to get comfortable in these f-cking chairs,” Buster complained, wishing he would have tried one or two more before Duncan showed up. But he didn’t have time. 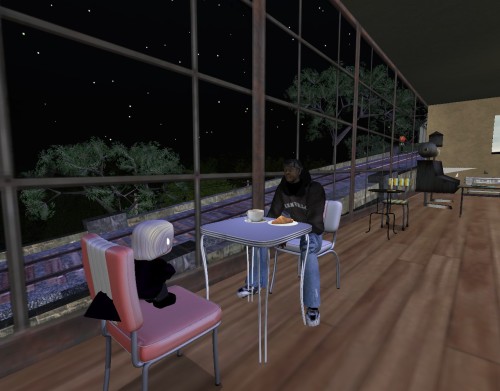 “Yeah, I saw your green dot over here and decided just to teleport over, to save you the trouble of sending me an invite and all. So: what’s up, Buster? You said this was of utmost importance.”

Buster squirmed a bit more before replying. “Pot-D is what’s up, Duncan Avocado.” He let the high pitched declaration hang in the air.

“Pot-D?” Duncan thought about it a second. He looked around the restaurant; checked his inworld map before leaning in closer. “Drugs?” he said in a lower tone.

“No, no, no Duncan A. Get your mind out of the slum, er, gutter. I’m talking about a secret society we want you to join. To help us with the investigation of The Diagonal. Pot-D stands for Protectors of the Diagonal. That’s all.”

“Oh.” Duncan Avocado pondered on this as well, then answered: “W-what do I have to do? Sign some papers or something? Um, be sworn in?”

The small vampire shook his head. “No, you’re basically already in. It’s all verbal in this club. Angus Nuffin suggested it, and he’s sort of the boss, the ringleader I suppose.” Buster’s pace was brisk; he wanted to get Duncan initiated and then get the hell out of here. The Chelsea so close, so close. Blue Angel. “What do the initials R.B. mean to you?”

Duncan went into thinking mode again. “Nothing,” he then answered after a spell. “I don’t know anything it’s attached to… for me… personally. Could be wrong.”

“Good. Then you’re on the right timeline — you’d know if you knew. You’re as good as a member right now.” He reached into his xxxs sized jacket and pulled out a necklace, silver in color with a red pendant. “This is yours. You have to put it on now before I leave. The necklace must touch part of your skin. That way we can always be in communication with you. Are you cool with this still?”

Duncan Avocado had been studying The Diagonal in his own way for many months now, and George with him (Duncan and George go *way* back together). He’d been waiting for a new role to show up at his doorstep. And now it had. He didn’t want to miss another opportunity.

“Sure. Why not.” He grasped the necklace from Buster’s extended hand, put it on.

“Argg, daybreak. F-cking, cursed sun. Must split, Duncan. We’ll be in touch. Get it? Touch.” He didn’t wait for Duncan to respond, but just winked out with this, right when the sun’s hateful rays were washing red over his seat.

Duncan stuck around a while and finished his croissant and cup of creamy coffee. Pretty good. Maybe George and he can eat breakfast here tomorrow. Talk about what has transpired.

But what *did* just transpire? he then considered.