After several hours of lounging and drinking, a man appears on the beach in front of Duncan and Sam as a sea monster’s fin manifests in the water behind him. They can’t help but notice the conjunction.

“That is a monster who has turned into a man,” Duncan says in a low voice to his war vet friend.

But the two were just drunk and spouting relative nonsense. The man, who was actually The Mann, couldn’t see Duncan and Sam on their deck since he was in a different sim. He continued on down the beach past Matilda the snake, hoping to meet Da Womann before dusk. Shirley was her name. Or Ethel. Something. 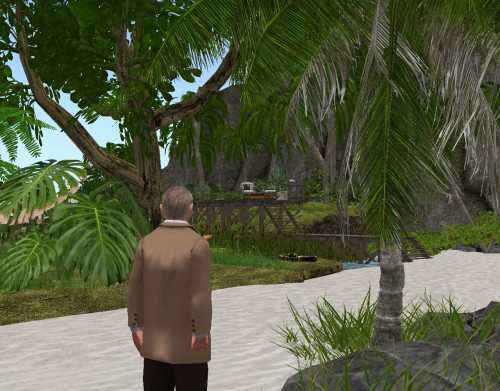