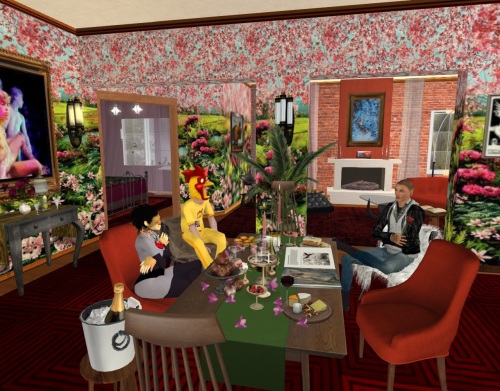 “Soo,” Chesteria A. Arthur began again, trying to get to the bottom of things. “You and Marcus have been a secret gay couple all along.”

Chesteria waves it off. “No, I think I’ve seen enough of *that* type of proof. I need more.”

“I mean, I have my art…” Marcus states rather weakly, waving his arm around the house. “All these… men. Why do you–” but he stops himself here, understanding he was giving himself away more than defending himself.

“*Exactly* what someone *straight* would do to ingratiate themselves with the community,” reveals Chesteria A. Arthur. “*Our* community.”

“Please don’t say that we’re the only lesbian couple in (Regaltown). Please don’t go down that path again. We have the approval of the council to be here.”

“But–,” Marcus speaks haltingly again. “*Your* lover — Gray Scale Kimball — *is* the council. Her and Pat.”

“And Pat doesn’t count,” Chicken Itza quickly points out. “Since he or she’s bisexual.”

“Hrmph. All this is sidestepping the actual topic. We’re *gay*, get it. *You’re* — you two guys — *aren’t*. Potentially — still haven’t quite figured it out.”

“The art,” Marcus almost whispers, waving his arm around again.

“The kissing,” Chicken Itza emphasizes, and then leans over and gives Marcus another peck on the lips, making Marcus feign another small smile. “So pleasant,” he says, licking his lips a little for emphasis while Chesteria stares at him. He then leans toward Chicken and pecks him on the lips as well, having some trouble maneuvering around the hood on his head.

“*Alright*,” Chesteria pronounces, tired of the accing. “You’re *gay*. Okay, I won’t tell Grey Scale about this. You know how she’s like.”

Marcus and Chicken couldn’t decide whether to jointly say “thank you,” or keep on defending their faux homosexuality by saying nothing. Glancing nervously at each other, they chose the latter. Keep playing it safe, they thought in harmony. This was all so new to them.

“Soo. I’m trying to figure out if you’re gayy or not, Chicken Itza. I mean, *I’m* gay. Gray Scale Kimball is gay. Marcus is gay.”

“I’ll take your word for that.”

“We can go ask him if you wish. Saw him out back of his gallery when we were jogging by.”

“Hmm,” responded Chesteria A. Arthur, mate of Grey Scale Kimball. “Sometimes I wonder why we jog together, Chicken Itza. Is it just that we’re next to each other alphabetically in a list of new novel 15 characters?”

“Yes,” states Chicken Itza bluntly. “Else I’d still be laying in my own pool of blood back at Bridgeman’s. That and the suit.” 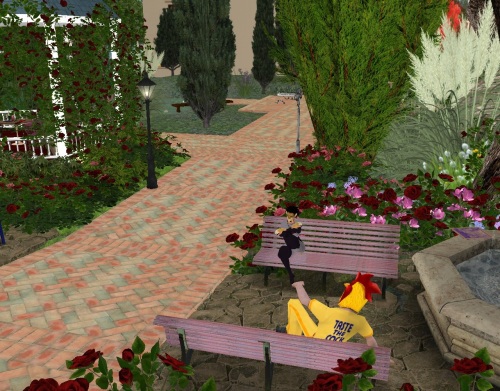 “Ah yes. The *gay* suit,” Chesteria purred. “But sometimes I think you are a straight in gay garb.”

“Humph.” He assumes a less manly pose on the bench with this.

“I’ve run behind you now too many times. Your hips don’t sway the right way–”

“Oh I’m gay,” breaks in Chicken Itza, fearing exposure of his true self could mean expulsion from the community. He needs his scripts! Love scripts.

“Prove it. I mean, you have the suit, yeah. But anyone could climb into that cock-amanie outfit, hah, and declare themselves gay.”

Chicken Itza’s thoughts turned toward Marcus again. “Okay, I have a way. Follow me.” 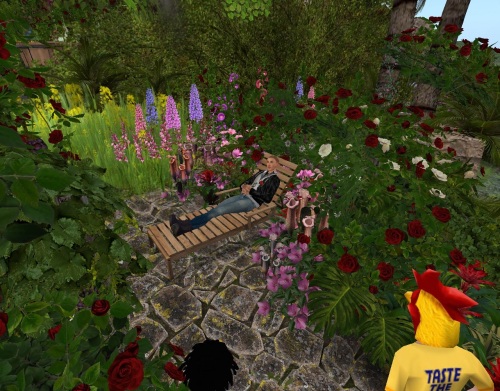