We watch him from beyond the wall. He was on a journey. Lamb was taking him somewhere. Along the way he picked up two traveling companions who might have been figments of his imagination. Probably were. “Who are you?” he decides to ask despite this when they first came alongside him. “Space,” announced the larger being with black jacket and matching black pants. “Star,” came the piping voice of the smaller, blue hooded one. Both some kind of cartoon cats, assumed Guy, looking them over from the side. All traveling through the heavens on Lamb toward — something. How long before arrival? 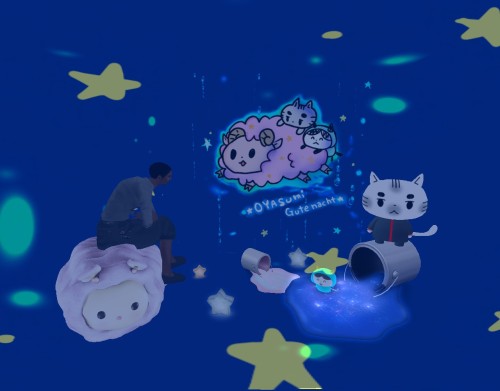 Along the way, Space fleshed out a backstory of how, many *many* years ago, he spilled ink from a bucket or can, while Star had spilled milk from a smaller container. Together, hand in hand, this created our galaxy, he claimed. “That’s why Milky Way is here with its neon coat of white,” Star furthered, obviously reveling in the mixture. “We are travelers of the Lamb dimension now.” 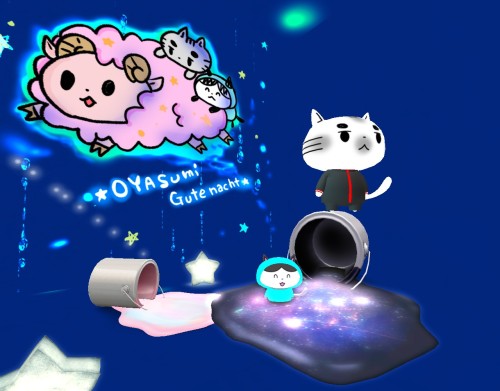 Facing forward, the cats were suddenly gone. He was alone in his journey to what he now understood was the Answer to Everything, with only a looming, translucent wall between him and it…. 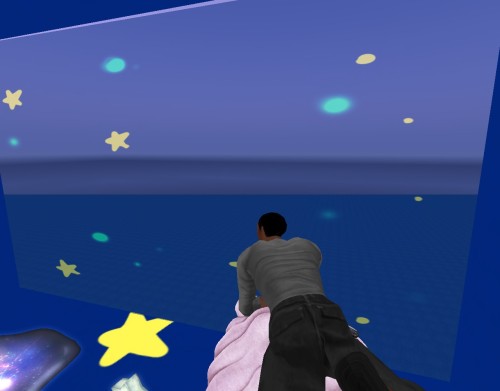 SLAM! Guy Benjamin woke up. He excitedly relayed the details of his dream to fellow “Lamb” fan Grandpapa the next morning.

One response to “fly”