“The Queen is happy and sleeping in her royal bed,” recites Tronaxis (new name!) at his virtual reality game command center. “No stopping us now, right Cpt.?” 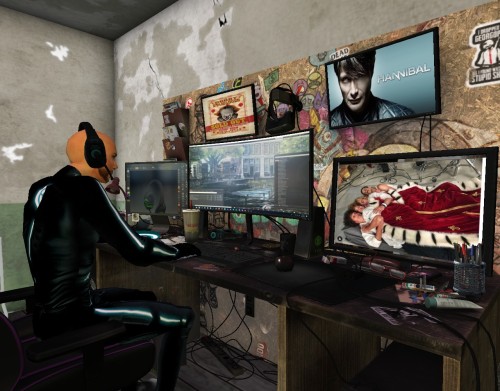 But then Tron revamped Axis remembers that he bagged and gagged Cpt. Americus earlier in the evening and left him hanging to dry. And the turtle (Norton Wise) had been turned into soup. And Fish Head’s head would turn since he’d been bought off. I will be the champion! he inwardly crows. 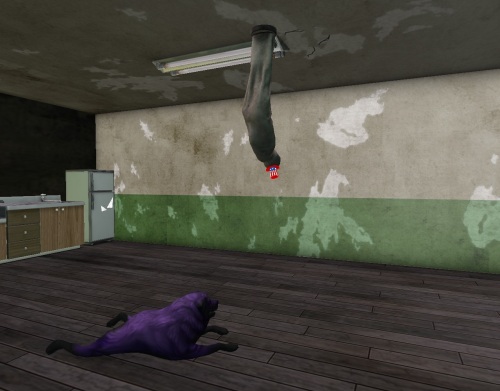 Purple mutt Ralph, a non word-processor, keeps guard and growls with every slight movement. The Cpt. within has learned to stay still and not eat the remaining white and grey matter in his magically replenishing bucket. Because he has a plan. The first, true, has been stolen and appropriated by (Tron)Axis but the second, the new one, is even better. He will *help* the Heart Queen in an about-face. Kick his traitorous ways down the road a bit, biding his time. If only he can get out of the current situation. Come on, white and grey matter, he urges, knocking his head with the drumstick still in his hand and inciting another growl from Ralph.

“Everything all right over there Ralph?” Tronaxis didn’t need a smart dog, only a loyal one. That’s all he demands from any of his subjects. Obedience; loyalty. The Heart Queen and he are too similar in that way. Eventually, ultimately, one or the other had to go. He hopes it’s her.

If only he had an ally — a human one this time and not an obedient mutt like Ralph. Tronesisia? No, she’s not an obedient robot/gynoid any longer, having broke her programming. Peter? But Tronaxis still didn’t really know who that was. Besides being a clone of Peter Gabriel of “Lamb”, etc., fame. Oh wait — there’s Randolph. 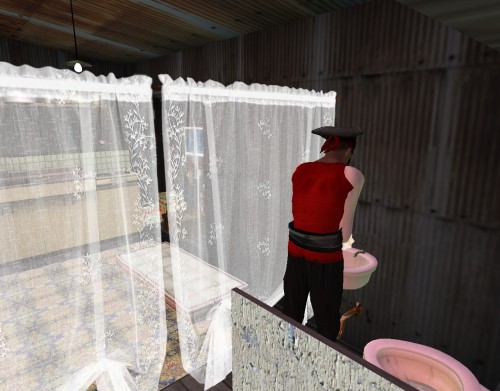 Just down the alley.

One response to “bastards”