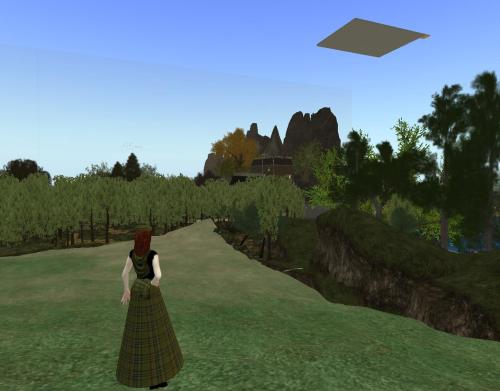 From this angle she could barely see the top of the newcomer’s house over Jana Forest, this Pitch Darkly she’s heard so much about lately. Laughed at by other vampires in her husband’s bar so loudly that rumors have it he’s already moved away out of embarrassment — looking for land on the west side of the continent to settle down instead. But maybe the rumors are confusing recent Bena exile Barry X. Vampire with Pitch, Phyllis Phox considers, for Pitch was definitely still a vampire, or at least a wannabe one according to Ben. So goofy, though(!) Perpetually blood-splattered to name just one error: proper vampires do not roam about town with blood stains on their elegant, primly pressed clothes. She’d passed by his house several times now on her walks into the hills surrounding the town. No one there yet, and stuff that should be inside it according to her reckoning still outside cluttering up the yard. Good Bena has a privacy screen separating him from the rest of town(!). So that’s another strike against this Pitch Darkly fellow. Sloppiness in attire and decor all around. He won’t make it here — there.

Phyllis then looks just above Pitch’s disorganized spot at Mother’s Place perched on the now hidden green hill dominating Bena from the southeast. Polar opposite to the great castle out in the northeast corner of the sim, she knows (but, importantly, *not* the Northeast Castle this time ’round: that appellation still belongs solely to Hilling’s similarly positioned citadel). And the Whore Mother within, tended to by that poor, pitiful child of hers. Always forget the name, Phyllis Phox ruminates. Everyone just calls her kid. That’s what she answers to most of the time.

Katy, Phyllis Phox then remembers. Maybe she can shorten it to Kate when she grows up and, following Barry X. Vampire and others’ lead, forget about this place and move on. College is sometimes a turning point. But the Great Mother is now pushing for Bena to have its own, defeating the purpose in her mind. You go to college to get *away* from home. She certainly did.

She then looks more southward and tries to spot the tiny island in the middle of Danshire adorned until just several days back with a shack much like she grew up in — eerily so, she understands — with a mom tending to 3 other kids most of the time as well. And she had all the color drained out of her skin to blend in better at Bena after the marriage to her husband Ben, then the powerful werewolf leader before the Vampire Coup and the name change from Bennington.

Much to digest about town history, as it’s turning out(!). 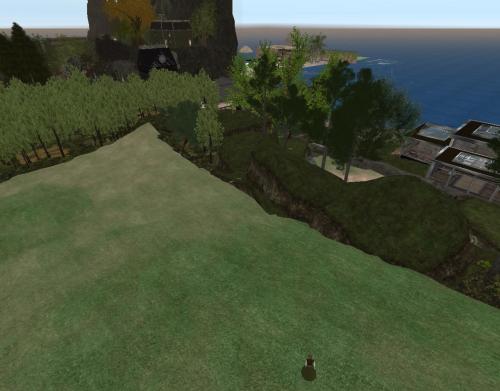 No luck here. A little further up Queck Hill should do the trick. 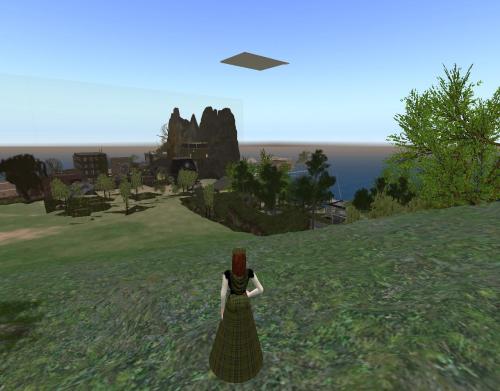