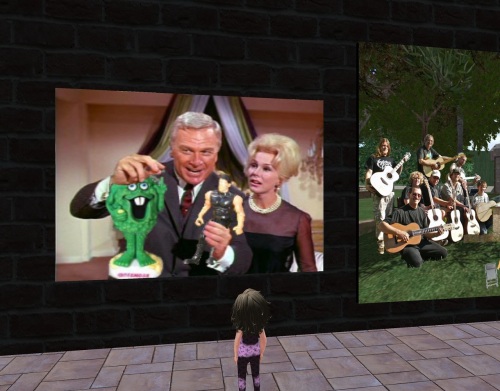 Toddles hated to drug up her grandma to explore The City at night unless absolutely necessary. But she had to go back to Boos without her interfering *negativism* to investigate the first floor collages more and the perhaps clues she saw in them when they both visited the other day. Poor Grammy, the prescient (and precious!) toddler lamented. So fixated on the collages over at the Red Umbrella that she can’t see the advancement of all that interesting energy into the Boos series (exhibited) here above the Temple of TILE now. Toddles ganders at the toy action figure she knows later turned into Casey One Hole, another a-hole of a man, although she’s not suppose to say that word aloud. “Grammy be *damned*,” she dares while staring and glaring. “He *is* an a-hole. And what does he look over at in the other hand? A seed. A license plate that is a seed. A tiny car of a thing held by someone named Olive. Olive something. Kimball something… Oliver.” She was tuning in better, eliminating the rest of the static. “Oliver Wendell Douglas,” she speaks clearly. “And ‘A Dirty Little Wet Seed’.” We know what that is.

She thinks back to the rest of the series just viewed and how it progresses to this *point*, this seed. 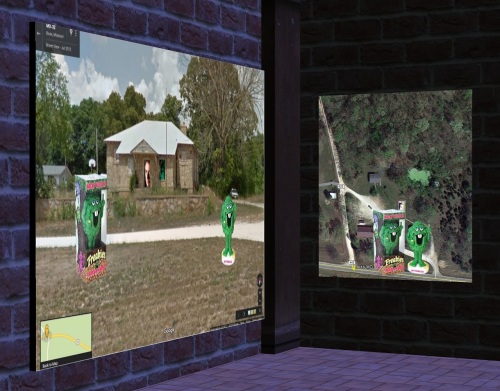 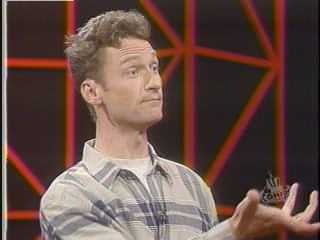