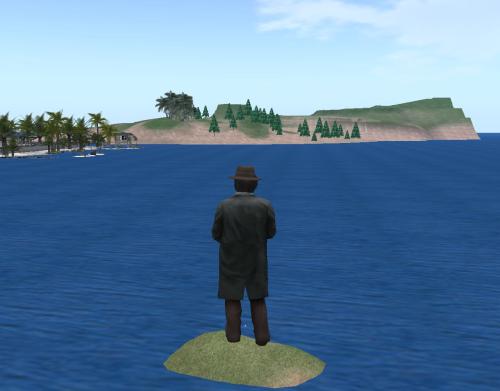 They said if I went far back enough in time to lose my hair that I would see him. MAN. About to create Mistery from Mystery and Misery; combination of islands and isles. But where was I? 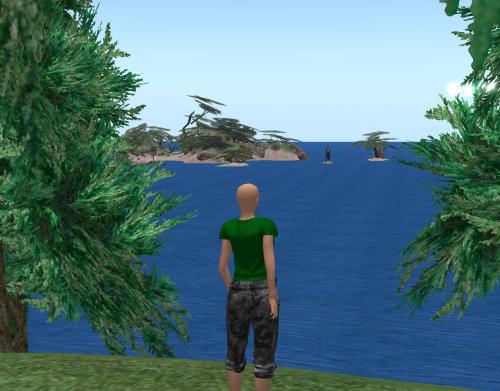 And what’s that island just over there? Oops! Got my hair back just as that tree found foliage. That must be my isle (!).

Fern, who Spore in his jealousy has deemed Substitute Fern, was smart, perhaps too much so. I don’t think she’ll be that easy to eliminate.

MAN was nowhere to be found now. 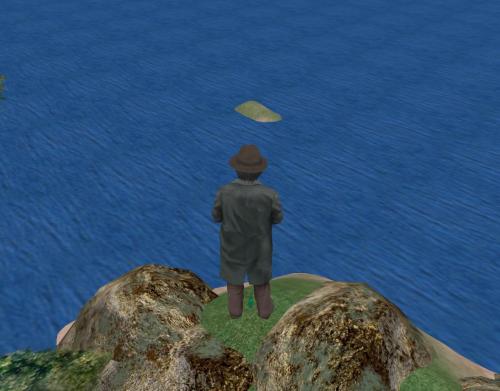 He often trots over to the south side of the island to stare with Giant Pety across the water at the small isle that signifies nothing to him, wondering what it means. Perhaps the isle use to house an important structure, perhaps a lighthouse, although there are enough of those around in the vicinity now to warn any ship coming in any direction. But in the past, say before Mystery fused with Misery to become Mistery, maybe circumstances were different. A special kind of lighthouse. Another green lantern. I only say this because Giant Pety himself emits a bit of green at nighttime. 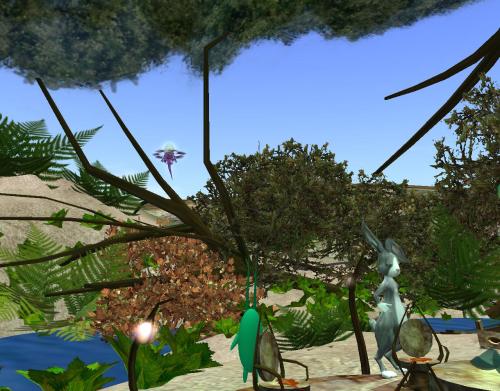 Through the tree limbs, he watches Sammy glide away across the sea, back to the Northern Ocean whence he came. A Messenger Featherfloater, he pondered, another one of *his* creations. Like this Mistery Island. Like Original Fern, Substitute Fern be damned. And now he was off too, following Sammy in a green lantern boat, another of his design. Spore certainly was the evil minded inventor. But Icarus the golden robot rocket might have been his greatest feat. The rocket that would propel mankind to Mars. If he actually *wanted* it to, ho ho.

“Jacky Jack,” he declared to his right hand rabbit to his right. “I’m going to the other side of the island for a while. Make sure you clean and scrub the houses and reset the lanterns before I return nightfall.”  Jacky nodded in silence. Jacky had learned not to speak up unless demanded. The less information Spore has to work on the better, since he uses such for evil and not for good. The little rabbits can’t go to college because you’re short on cash? Spore will find ways to withhold even more money from your check. One, several or all of his brood could become future servants, the intrepid ruler thinks. If the family is destitute enough, he he.