She kept perusing the Oracle while waiting. The blue of her dressed matched the blue of the distant sea. Alpha… Windy, she studied. Wait… stop. Protection, she determined. She is Windy. Or Wendy.

Baker was waiting outside. She had to make a decision about an outfit. Wendy wouldn’t do — that’s kind of the base one for her now in its two twinned forms, one to build upon, like the old Wheeler-Bowie costume. Blurmaid at the last island down, she recalled. Should be something to do with Queen and King, since Corton is involved. But she and Baker weren’t Queen and King. The marriage witnessed by Speck and Crazy over on Grandpa Cliffs turned out to be a sham, a lie even. It was all too British, with true bridesmaids Fern Stalin and Lichen Roosevelt nowhere to be found. She had been on her own and didn’t even stand a chance.

Look at the bastard out there, still in his wedding tux. The audacity! He probably thinks I’ll do it again, be tricked once more. But he doesn’t know me deep down. I don’t put up with such shite.

Sure hope Wheeler picks a better outfit than Blurmaid this time, he thinks while staring up and trying to spot her through one of the house’s many windows. 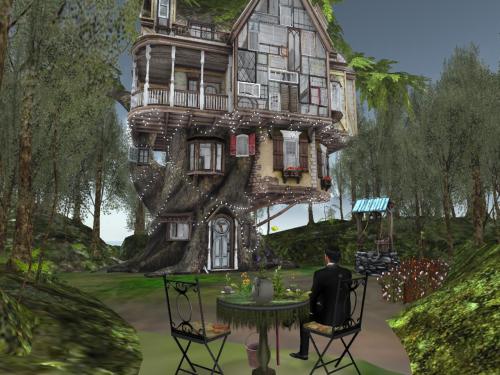