One of these things… 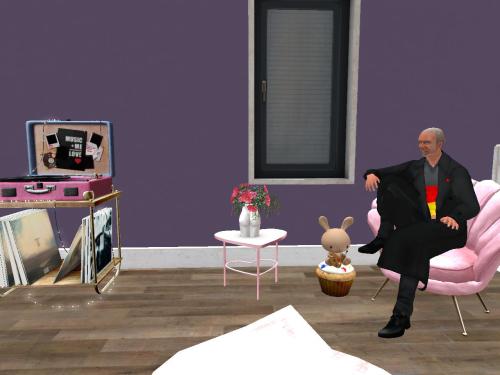 “Tell me about this mix up of blue and black, Primary Rabbit,” he requests from the shell chair while listening to the insane croonings of this Indian Wells fellow. Inane even, perhaps, like he doesn’t even know what he’s doing. Like The Shaggs, he thinks, good girls but totally misguided. But Frank (Zappa) liked them and thus they can’t be all bad. I wonder what Frank would think of Indian? I think he had an Indian in his group one time, The Mothers. But maybe it was a Black man instead, he corrects. *Both*, he realizes. In one. And a Cowboy as well.

“Have you gotten it yet?” Primary Rabbit squeaks from beside him, still deciding what primary color would go best with his vest.