He stares from the rock while listening to rock. *His* rock. Can he actually listen to what The Mann says this time?

From this perch, he’s looking for the plane or at least the boat, but they weren’t that easily spotted. The pink plane may be totally out of sight (man). The small boat may *just* be visible, he determines. Another floater. Another 6 inches. If he could just fix the engine and move it away from here all would be well. The boy might be his. 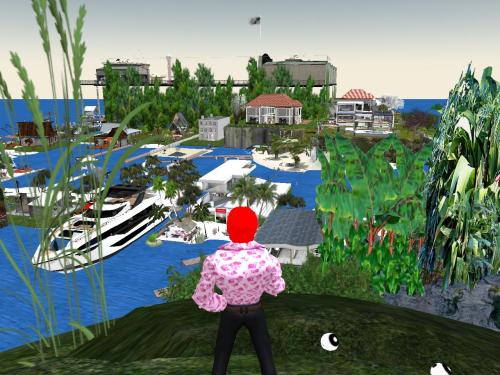 Lena Horned takes one last float like the boy and is gone.