After visiting Blue-Yellow and attempting to watch his sun rise, I hop on a passing trolley and head downtown… 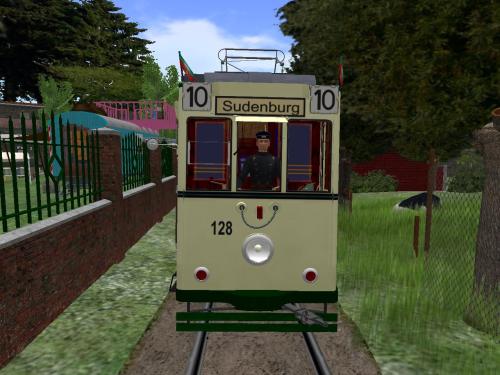 … soon reaching THE Cave. Or at least A Cave.

It strikes me that it would be wrong to keep calling this character Axis-Windmill in a town created by an actual German. So we’re going to go with a new one. Not reverting to Windmill Man — too easy. Bronze John looks on, trying to gauge, trying to help. He was so successful with the Beatles with an A naming.

The Beatles are such archetypes, penetrating many synchronicity systems.

All bands can be related to them. For example, Pink Floyd are the psychedelic Beatles, Firesign Theatre are the comic Beatles, and The Residents are the bizarro Beatles. Frank Zappa with his Mothers strongly reacted to them; the Rolling Stones…

I was told by fortuneteller Esmerelda a while back that the answers lie in a cave. In the related collage, cacophony musician Charles Ives pokes his head out sideways, wondering if he’ll have anything left to say. He’s sorry about Cowell, he speaks through the entrance, the mouth. He’s sorry about Connecticut and Danbury and the clashing of bands. Connecticut forgives, but he’ll have to make them laugh, make them suckers instead of seekers, and get small in the exchange. Thimble Islands’ General Tom Thumb might know, if he’s paying attention. Misery becomes Mystery (up to date).

I wonder about New York’s Central Park in the Dark, and the Unanswered Question. I think back to the Amazon jungle and the Indian who becomes a Spaceman, search fulfilled; “aliens” found — this would represent the end of the 4th. Concord (Sonata)… maybe that’s next. Oh, and Karl finding the waterfall (Rainbow) and reading the scrapbook and discovering a new ending, leading him to set aside the old life and the attached house and move on. I thought about Charles Ives today in perusing my table of tiles, wondering if I’ll get the chance to tell anyone about it besides the wife and a best friend. It’s pretty remarkable.

Here is where I’ll be reborn, or at least acquire a new name.

“Helmet Newton?” he or she answers as a question.