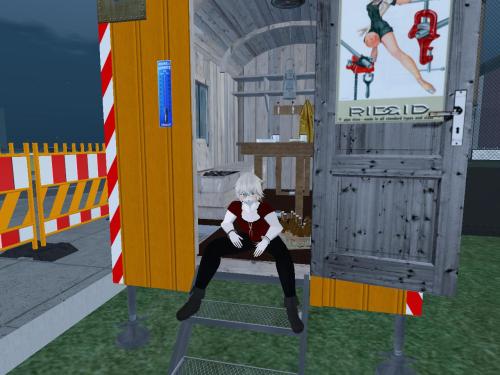 He’d met her on one the outer islands of the continent, Pieve I believe. They started out thick and fast with an Adam and Eve kind of situation, like John and Yoko. He was with her everywhere, even the doctor’s office. But as time went by everything slowed. She said her legs were too long and got an operation, but that just made her a 9 instead of a 10. She had to reverse it; he footed the bill since it was his choice to shorten them in the first place. It was his choice for everything, but not because he was a misogynist. It’s because he created her, from his rib as it were. He was her. Madam I’m Adam. So the rumors about the woman of the night, the whore of Babylon and stuff like that. Lunacy — people will believe anything these days. People believe God incarnated on Earth without a motherly womb. That’s cutting out half the equation, removing black from white, dark from light. There *is* no dark without light. 3.16: that was *her*. She lived in new-ish and still-being-constructed Squared Root City and he with her. Because of the Being One thing. She doesn’t exist without him. But is it also Romeo and Juliet? What else is in Florida that I need to consider? Whitehead, obviously. Since he has white hair and it doesn’t work any other way, unless it’s black. She? Red. Let me check…

Interesting that we’ve moved from (considering) Alaska to Florida, as far across the country as you can get. And also: extreme cold to extreme warmth. It was a coastal situation through and through now. But Squared Root City was in the hills between the coasts, between Highways 13 and 14; M  and N. Maybe this was a new Mystenopolis developing, he pondered, and then marveled at the possibility. Jesus H. Christ is involved again after all. He must also think about the (Pagan) Faun, the 2 doppleganger houses next to each. Black and white — revolving around each other. No, that’s the right solution. Not black *versus* white. They are one. We are one.

And the Princess of the Diagonal? A boss. He had a job to do and he was doing it pretty well. He still had access to past records of the Oracle, even though it presently was broken and seemed irreparable in its damage. The boss was away a lot. His research kind of mirrored hers. But what of the white hair? That had to do with the Declaration (of Independence). March 1: not far away atall. He will soon be the (fabled) Whitehead of the Woods. It’s projected to coincide with the end of photo-novel 31. Strange, eh? 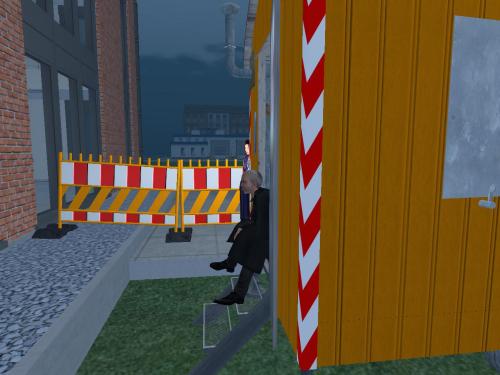 He gets rid of the illusion.