An expert at 4 was called in to help with the transition from whole to half: Dr. Rabbid Baumbeer, last seen wheeling this dark baby around NWES City over on the Jeogeot continent one last time before putting it in storage. Stored no more; out and about again. Thanks to Zoidboro and the magically pronounced words.

Mr. Yellow glances in at the *plant* sitting beside him in the yellow chair, the cheese being also known as Marilyn but seldom seen in that guise except for the gifted of sight. She’d even given him back his attached rats to make him pure rabbit again, although he didn’t know it in the moment. He talks to his supervisor via phone. Dr. Mouse. Dr Mouse? Yes. Dr. Mouse.

“Good, good,” he says about the setup over at the new rental beside the old parsonage Zoidboro was kicked out of just yesterday’s today’s tomorrow. He knew now he was (also) fully back to life. He imagined he could throw a stone from his asylum and it would hit the roof, perhaps rolling down to knock his agent on the head. In fact, I think he went up to his own roof to gauge if this were actually possible. Let’s take a pic of it. 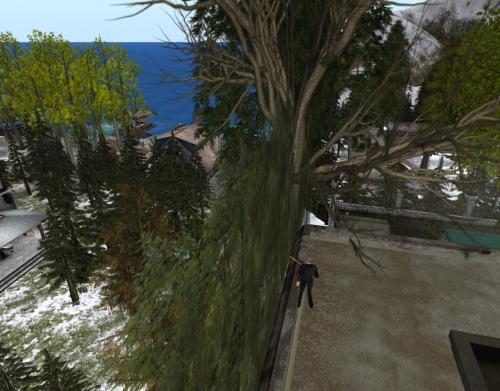 No: a bit too far still; trees kind of in the way. He can’t help but point with his cane at what irritates him presently, old habits dying hard.