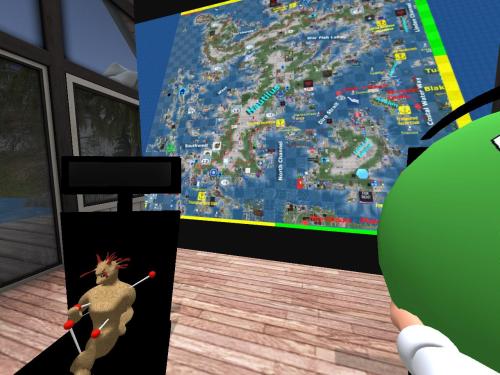 Grassy Noll had shifted one chair down to make room for Nauty, but he said that wasn’t what it sounded like. It was just short for Nautilus (continent) — he wasn’t some kind of sex toy doll, he reinforced. “Or was he?” he then joked, and repositioned the pin near his navel in a most inappropriate way, getting a laugh from Wheeler at least.

“So you can help with our pin cushion problem,” said Baker, staying serious because he had a big problem. The Nautilus map behind Nauty had been itself overrun with red pins, marking locations already featured in the blog and with more to come. He needed organization, he needed categorization. What is the true relationship of Lower and Upper Austra? How is the North, deemed non-Austran, really different? And what of the Wild West, the Mild East, the *Southwest*, where he’d just been with Man About Time? And then: Collagesity. Between Highways 13 and 14 that stood for M and N. Soo much there already.

“Yes,” answered Nauty, and then said he had a Rubber Soul. Baker thought about this for a moment and realized it meant he was beyond Help (!). If it kept progressing in this direction he’d need a Revolver to end it all. 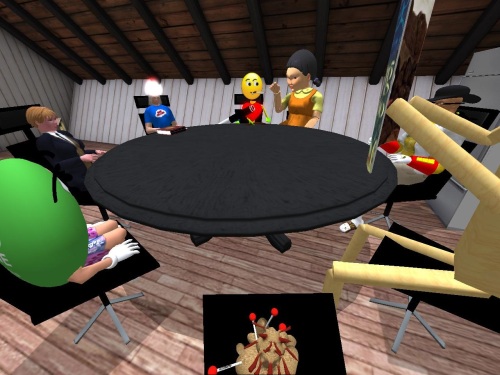 Across from him, Opp or Tropp (True Opp) had also shifted one chair over to make room for another newcomer, this Al guy we’ve already mentioned several posts back, the last one set in Paper-Soap in my new rental there, the one in front of Soap Beach but in the Paper sim, the place where the dead wash up in banded groups, ready to be sudsed and bubbled for rebirthing purposes. Wash away the sins type of deal. More newcomers. Perhaps, secretly, Al with his multiple faces was one of ’em. Also: Nauty. Maybe Jinx Doll as well. Seems too coincidental they’re here. 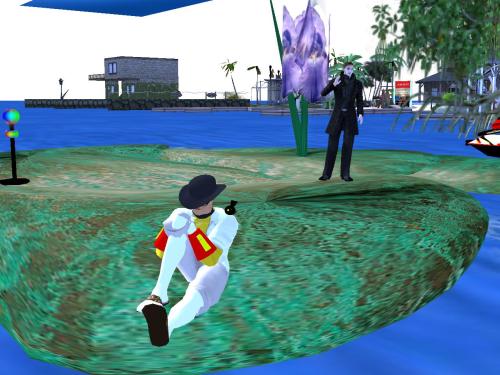 “I’m here to, um, check out the Rock, uh, is that it?” Man About Time points toward what is indeed The Rock. Marty was perched on top of it last month, listening to rock (music): himself, singing about listening to what the Mann said. Would he (did he)? Can he sing a Christmas song now up there? A day too late I would think. Then *Perch* emerged from beneath the mossy veil a couple of weeks ago — ever so briefly, because he is gone now. And frost has appeared on the veil… 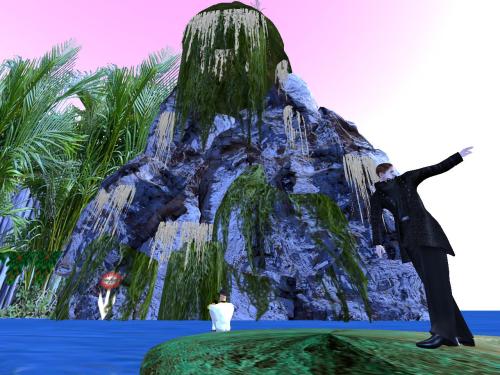 “I’m going over there now,” he called to Baker in his unfocused way. But Baker couldn’t hear him because he really wasn’t there. Like Perch himself . Due to the eye/face’s disappearance, the door has been open for a return to Collagesity — *finally*. I suppose that’s where he could be pointing to but probably not. The odds are against us.

Nope (I checked). Better get back to Paper-Soap.