The situation had subtly but importantly changed. Axis was in the old Chevrolet now, and its coat of red paint had faded to pink, perhaps over time but perhaps not. Just pink: one of a kind. He remembers being married to Alysha, who was formerly Wendy and so on and so on. Took a while to jar his memory. A t-shirt should do the trick, she thought earlier. Except she couldn’t buy one — she had absolutely no power in this *New Eden*, none at all. The rib belonged to Adam again. She had to just tell him. Up straight. 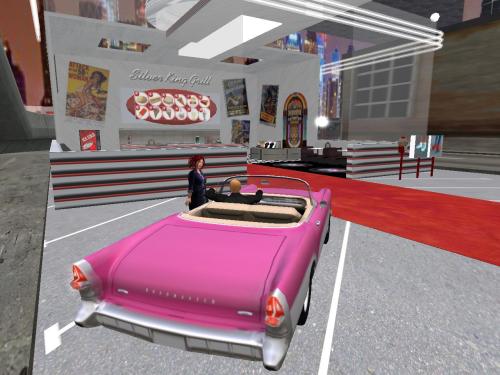 “I wish I could say this is a good place I brought you to, like John F. Kennedy City, a decent burg, a city you’d want to raise your kids up in and send them to school, packing their lunch box with goodies like corn chips and cherry squirt soda. But it’s not. This is a sour place instead. I — don’t want you to even look around. This is like *Florida*.” Indeed Alaska had been left behind, exercise fanatic Douglas Fairbanks and the rest, although we may pick up his particular story later.

We next find them driving down Rib in search of answers, heading toward an intersection with Eve and the truth.