one of a kind

MAT understands the current photo-novel, 31 in a series of what-ever, is weighed heavily to the western side of the continent. So following leads he slides over to the east — Sliderule to be specific — and finds these colored letters, which seem to indicate the next step in the development of newly rented land in Collagesity. TILE, obviously, he thinks at the time. The heart speaks; the star listens. 31 began around New Years or just after. Now we’re almost at Valentines, Christmas and its star studded trees behind a window in the past. Gone but not forgotten, because we still have a tree. Let’s switch the colored lights to white and take away the Santas and called it Winter. 3/1: Winter over? First things first, though… 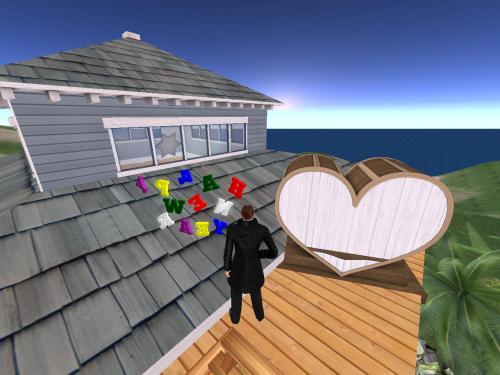 Next he boogies with new friends in neighboring Kryophelis and decides that Boogie will be his new nickname for a few, maybe for more than a few. He counts 7 friends he’d like to explain the theory to. Naive, I say. Overcount. Go down to 4, like the 4 colors he should be focusing on instead of just dancing away the night. 7 to 4. You know what needs to be done.

Myrtle flies out of the Valentine Garden of Love and Fairies to tell the Moss Queen where he is. They’re always keeping track.

Turns out she wanted to see him this time.