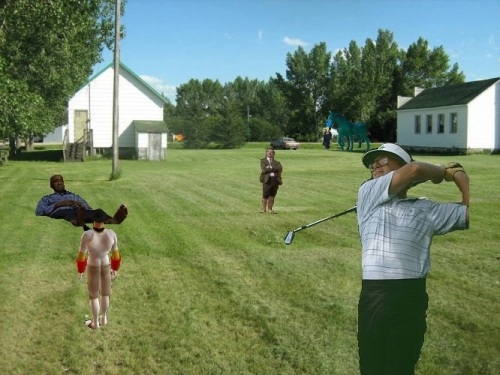 “It’s one of the ones that we had to give up when we moved to Rooster’s Peninsula here, Hucka Doobie. But as you can see, there’s (Mr.) Bean, there’s Tom (Kite) — front and center here. Combined: Tom Bean.”

“Fascinating,” Hucka Doobie admitted. “So we go back to Tungaske? Canada?”

“Ahh. Picturetown.” Hucka Doobie suddenly felt sorry she/he wasn’t directly a part of those Canadian based collage series, the In and the Out. With his/her analysis, I mean.

Baker turns. “You seem to be changing back into a bee-man,” he observed.

Poor Hucka Doobie. If you don’t nurture a character and pay attention to them, they tend to atrophy. Hucka Doobie became stuck on Baker Bloch, unable to deal with the stuff happening all around her/him. What does that say about me (though)? 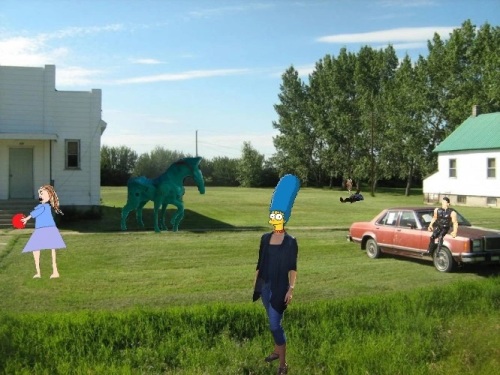 flip side: elimination (obscuration) of Tom and Bean