“Your dog’s standing on my foot, right?” 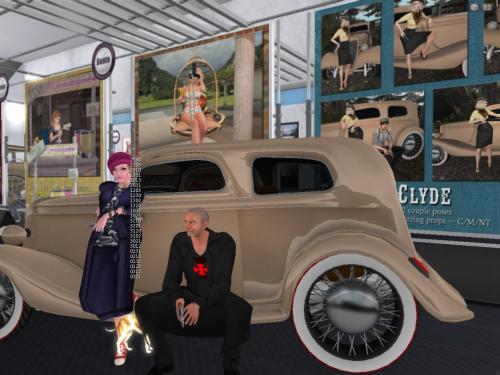 Fans of LOST might like this place I found yesterday on one of my daily hikes. Very reminiscent of Jacob’s Cabin — in the middle of frick’n nowhere.

Questions abound. Who lived in the cabin? Why did they leave? Was it just a hunting cabin? Has it been totally forgotten about over time due to its remoteness? Why the sink in the wall? etc., etc.

Next I visited a cemetery with tombstones variously marked Main, Maine, and Mains. I sensed a branching of probable realities, especially when a stream called Mine is nearby. Did a Main, Mine, Maine or Mains inhabit the cabin? Did the cabin, as an anomaly of some kind, cause this apparent distortion or blurring of names in the first place? 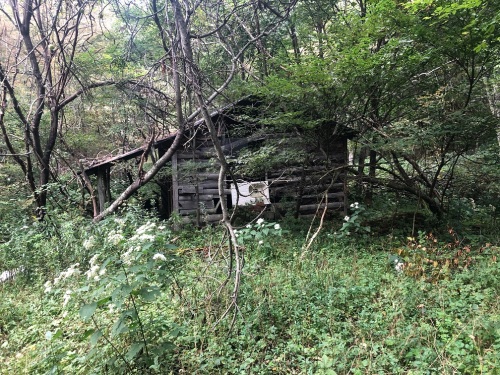 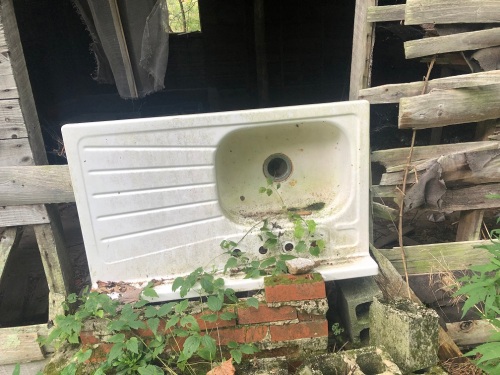 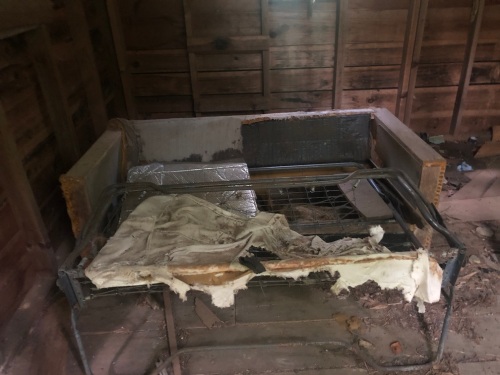 addition: Did you know the Man in Black lived in Jacob’s Cabin? Would explain the higher ceiling.