“We’ll never get out of here, Vineyard, you know that. They’re not going to stop until we’re all dead.”

Wizard Wells’ fellow winged companion in the moment was staring at Shelley’s shirt, trying to forget his troubles. “What is… Pepper?”

“Old sham presidential candidate,” she answers. “Same with this.” She changes into another. 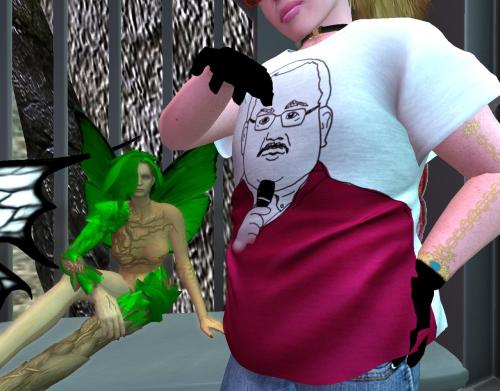 “Nifty,” says leafy, veiny Vineyard, also wondering about the black hands. Was she turning black overall? Yin (back) into Yang? Maybe its just the panic from the impending… doom. After a moment of lightness, his heart sinks again.

“You’re next, Magenta,” guard Jettison called through the chain fence topped with barb wire. “You free ones can’t flitter away from us forever. We’re working on it, mind you. We’ll get there.”

It was a kind of threat Magenta heard every day around 2 o’clock. When she showed up to encourage her friend’s cousin Wizard. Hang in there, she thought from her tree. The outer one hadn’t given up hope even as the inner one resigns to termination.

But what was Shelley doing here in a fairy concentration camp?

Let’s try something else for more clarification:

Yikes, *another* one, thought Harlie, now up above it all in a large guard tower station. The purple cubes were appearing *everywhere*. 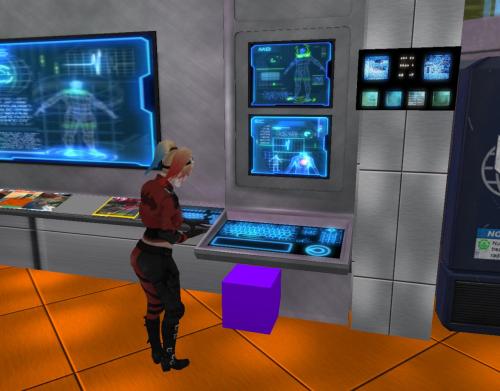