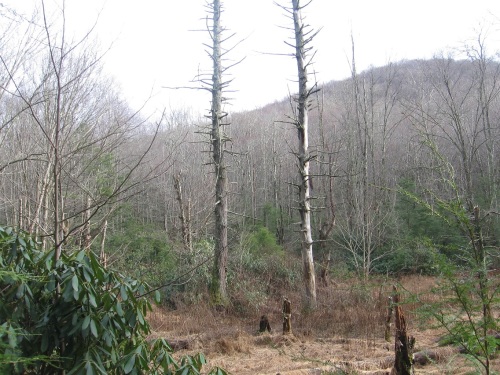 The light one is shorter than the dark one. But still, such obvious pillars!*

The banks of Whitehead Creek as it passes through the meat of The Crossing. 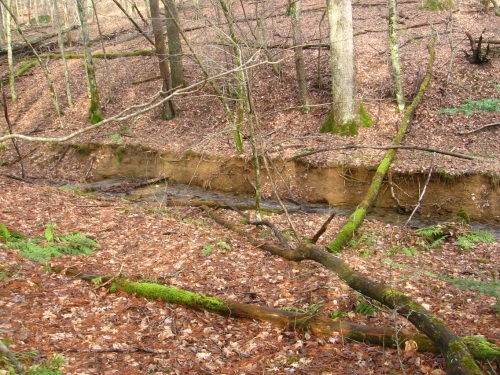 What I call the 4 Sticks area of WH Crossing, the center of things seemingly. I have, however, cancelled any possibility of a toy happening here. More on that new development shortly. This picture specifically shows a woods phenomenon I’ve named the Pendulum Stick, which I discuss more in this older post. LINK I’m amazed it stayed put through the windy winter months. 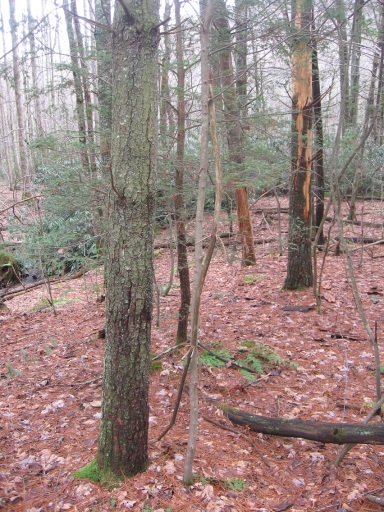 This day I also decided to “pocket” my Pocket Rock, a foreign input into The Crossing, and take it back home with me. Until now, I saw this as a possible center of centers. No longer. A white stain had formed on the rock, which I think is not bird poo, as the viewer of the photo may assume, but pine resin from the tree it lay under. That pine needle is really glued to the rock by it. I thought this more woodsy art by The Others, and a sign I should remove the stone from WH Crossing. I won’t go into details except to say that I seemed to be directed — to put a word on it — to insert the object into my similarly sized Starbucks coffee cup and take it out of the vicinity. WH Crossing, I’m realizing more and more, is a sacred space and it is not my position to impose on it with “foreign” art. I’ll obviously go more into that idea later, but here just reinforce that Pocket Rock is gone, and that the toys we see, for example, here LINK, will not return. And no marble race will come to The Crossing. Or junk. All the things that made the Bigfoot art happening on the edge of the Blue Mountain Urban Landscape so successful this past fall. 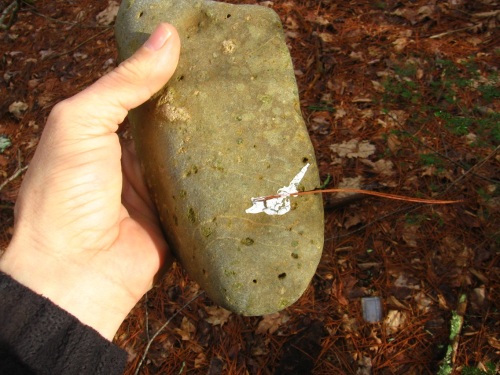 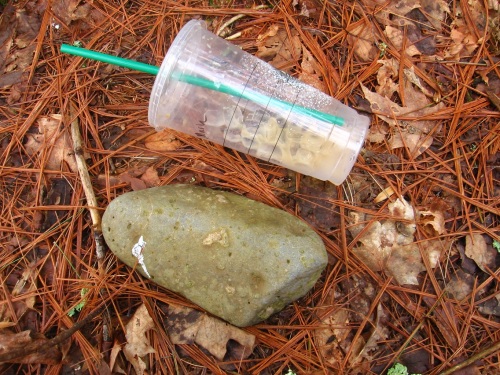 White resin merges with white snow depicted on the cup.

Looking up Whitehead Stream toward the Cliffs of Dundee and Big Log, one of those classic Crossing shots. At one time in the past, little Winnie the Pooh rolled his honey cart across this log but was rejected from entering 4 Sticks by Old Zoso himself. The story is summarized in collage 43.5 of the Falmouth series. 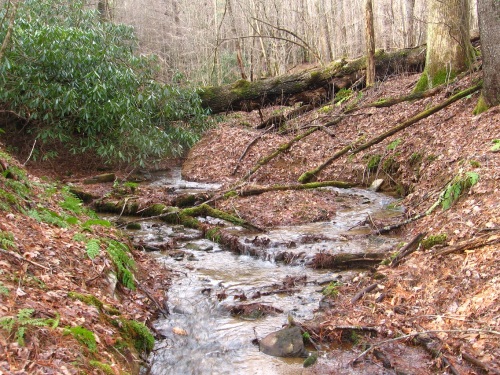 Seal Stone, the capping rock of the Grey Seal formation, of course. 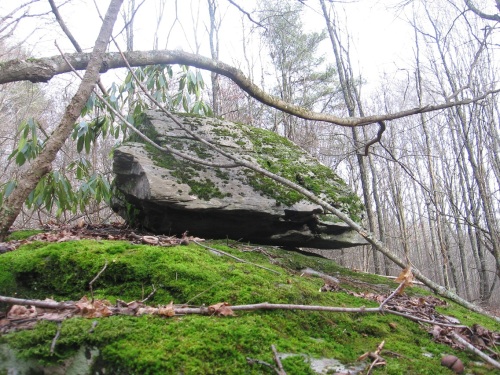 And now something new: the elevation of smaller, newly dubbed Owl Rock found at the base of Grey Rock/Grey Seal to WH Crossing weirdo status. In the below photo, you can only see an edge of the rock projecting from the bottom. The focus here is instead on a stick *wedged* into Grey Rock in a mossy area. This is unusual. This is unnatural, I believe. The stick was placed there to mark the importance of Owl Rock, I feel, which it passes directly over. I’m not going to mince my words as much any longer. Notice also, in this shot, lichen on Grey Rock above the wedged stick that appears somewhat like an eye, or maybe a bullseye. 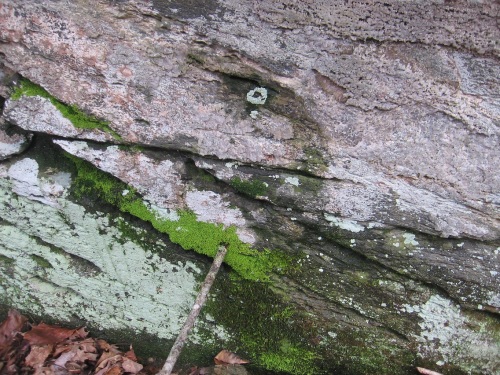