Fast forward several weeks. Baker Bloch now rents an apartment in a considerably larger Martian city, probably the actual one referred to by Hummie the hummingbird during his stay in Jacksboro. The name in this case is INSCO — all caps. He’s also found out the name of the dusty city with the Mars Bar. It’s Toledo, a location often mocked by his new neighbors and co-workers. Because, yes, Baker has also acquired a job: as a receptionist for one of the local businesses. 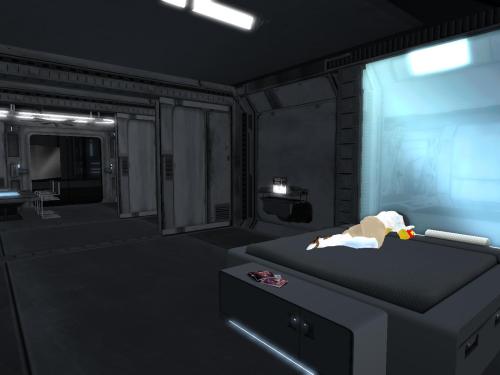 He been trying to increase his knowledge of the red planet in other ways. 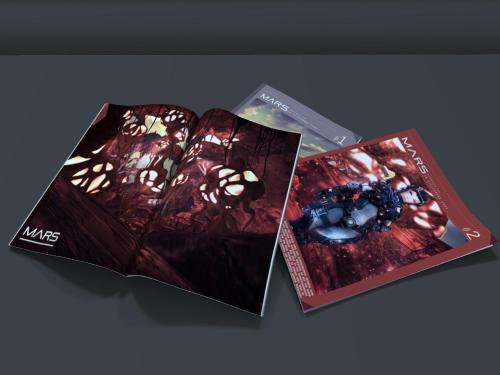 Despite the surface brilliance, Baker has come to feel like this is an old town. His apartment chairs contain only a few sitting scripts, and his knees keep protruding through the dining room table. His sink doesn’t even work, and he has to get his water from the shower. Compare this to Jacksboro with its more modern and abundant scripts. This is a dying city, he’s determined, an aging behemoth.

But what it must have been like in its day! Still a hauntingly beautiful place. Reminds Baker of that movie he saw a few years back called “Bladerunner,” based on a Philip Dick novel. 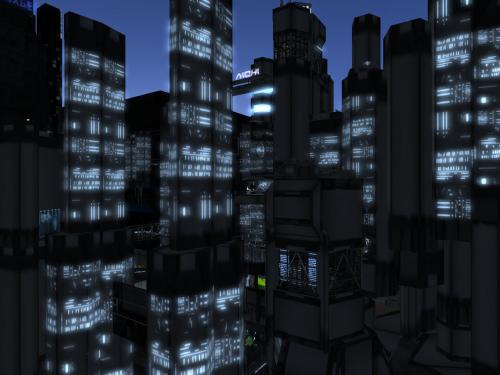 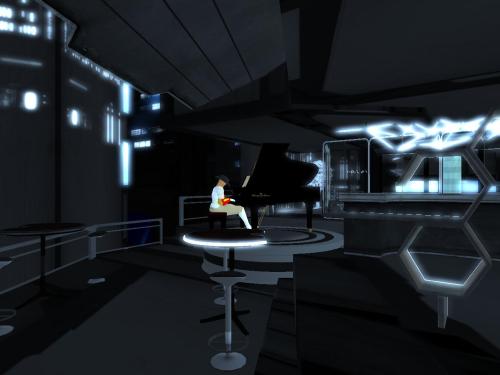 Baker’s taken to hanging around the local piano bar pictured above with a couple of neighbors named Lemon and Sugar. Sugar is most likely a prostitute, but no fear there dear readers, since Baker is lacking in that department. Lemon is a neurobiologist, with her current project being something called “Robolution Number 9”, a study of mind-body fusion between humans and simulants. And that’s how she and Baker became friends, because Lemon was enthralled when learning about his old dog ship formerly piloted by the same type of technology. This past Thursday Baker gave her a tour of the ship. The next day Lemon’s friend Sugar tagged along, which, in the end, turned into a 3 way wrestling match. A good evening, and a nice way to let off steam after a hard day of laboring. Sugar broke one of her ruby red fingernails, however. And Lemon lost a yank of her naturally yellow hair.

But what of Baker Bloch’s mission? He’s sinking deeper and deeper into Martian culture, forgetting about Collagesity and the takeover by Wheeler. He wants to forget Wheeler, period. He then thinks of Baker Blinker. Now Baker Bloch can’t play the piano worth a lick but that doesn’t stop him from trying, much to the chagrin of Lemon and Sugar. Saturday he finally remembers the sadness and emptiness of soulmate Baker Blinker and invites her over for a bit of tinkling with the ivories. However, Lemon and Sugar drove her away, Baker Blinker explains later, after Bloch’s return to Collagesity. “They wanted you there and I wanted you here,” she said plainly. “I had no place in INSCO. I had to leave.”

But what a performance she put on while there (!). Spongeberg’s Invention No. 9 dazzled Lemon, Sugar and the rest (Pepper, Wrinkles, Pop), with a cheered-on encore being the always popular “Water Uncles” by Pokey and the Fish.

“Wheeler can’t reach me here,” explains Baker Bloch to the other Baker as she was closing back the lid to the piano keyboards that night. “I know,” she said, not looking up. “But neither can I.” 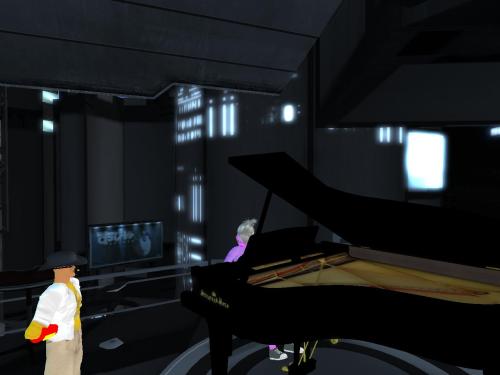